Travel - Guides and Deals for Hotels, Restaurants and Vacations 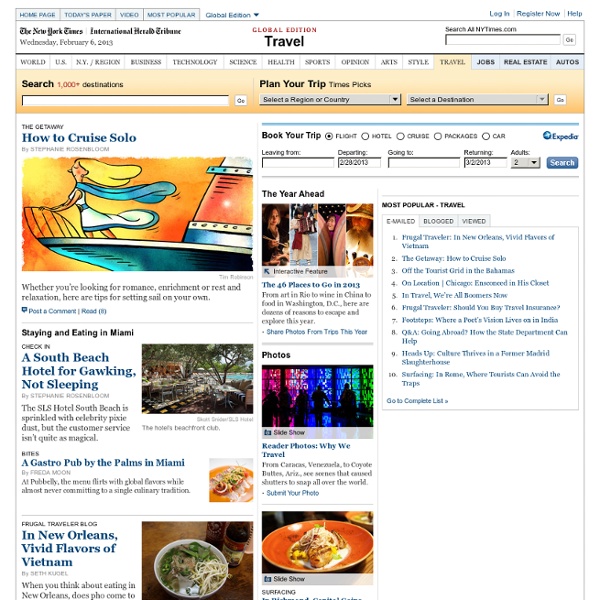 Pergamum Pergamon[pronunciation?] (Ancient Greek: τὸ Πέργαμον or ἡ Πέργαμος), or Pergamum, was an ancient Greek city in Aeolis, currently located 26 kilometres (16 mi) from the Aegean Sea on a promontory on the north side of the river Caicus (modern-day Bakırçay). Today, the main sites of ancient Pergamon are to the north and west of the modern city of Bergama in Turkey. Some ancient authors regarded it as a colony of the Arcadians, but the various origin stories all belong to legend. History[edit] Antiquity[edit] Xenophon provides the earliest surviving documentary mention of Pergamon.[2] Captured by Xenophon in 399 and immediately recaptured by the Persians, it was severely punished in 362 after a revolt. The Attalids became some of the most loyal supporters of Rome in the Hellenistic world. As a consequence of its rise to power, the city expanded greatly. The Attalids ruled with intelligence and generosity. Roman[edit] Not everyone in Pergamon accepted Rome's rule. Middle Ages[edit] [edit]

Pure Travel Adventure Holidays Travel Perceptive Travel Web Magazine Stories Be A Travel Bee The Best Travel Stories on the Internet - Travel Writing - World Hum Blogtelopia - travel blog In The Know Traveler Travel Articles Packing Some people pack heavy. Some pack light. Some love packing. Some hate it. What type of packer are you? Read More Saving Money Money, or lack thereof, is the biggest excuse we hear from people for why they don’t take a big trip. Read More Passion We know you’re passionate about travel or else you wouldn’t be here. Read More 196 Reasons to “Just Go” in 2014: Part 1 We made it! Read More Overland A big part of long-term travel is traveling overland. Read More Latest Traveler Articles Traveling with Friends All too often I have heard people lament their group of friends for letting their travel plans fall through due to getting “complicated.” Read More Pros and Cons of a Gap Year Have you pondered taking a gap year to travel? Read More 5 Best Spots to Volunteer in Asia Overwhelmed by all the volunteering possibilities in Asia? Read More Six Steps to Build a RTW Itinerary with Emirates Creating a round the world trip itinerary can be frustrating, challenging and exhausting. Read More Thank You!

Meteora The Katholikon of Holy Trinity Monastery, Meteora. History[edit] The Theopetra caves 5 kilometres (3.1 mi) south of Meteora had inhabitants fifty millennia ago.[4] The oldest known example of a man-made structure was found within a prehistoric cave in central Greece, according to the Greek culture ministry. The structure is a stone wall that blocked two-thirds of the entrance to the Theopetra cave near Kalambaka on the north edge of the Thessalian plain. It was constructed 23,000 years ago, probably as a barrier to cold winds. In the 9th century, an ascetic group of hermit monks moved up to the ancient pinnacles. They were the first people to inhabit Metéora. The exact date of the establishment of the monasteries is unknown. In 1344, Athanasios Koinovitis from Mount Athos brought a group of followers to Metéora. In 1517, Nectarios and Theophanes built the monastery of Varlaám, which was reputed to house the finger of St John and the shoulder blade of St Andrew. Geography[edit] Geology[edit]

lastminute travel Teresa Fritschi, Last Minute Travel and LMT Club Guest BloggerRead more of Teresa’s posts on her blog at: I recently received an email from my friend Ken at Last Minute Travel and LMT Club – “Would you like to be our #TravelTweetChat guest for this week, the topic is travel and romance…” to which I replied, “Yes, I’d love to!” 11 months of meeting (all kinds of) men through OKCupid, years of thinking (and writing) about ‘happy endings’ as well as the promise of new beginnings, passion, intimacy, tenderness, romance, words to convey longing, reuniting, and love, exploring the world (largely alone) – maybe he wasn’t so far off with his subsequent words of “We need an expert on love and travel, that’s you!” So to help you plan your Valentine’s Day travels, it’s time to roll up my sleeves! Chansonnier de Jean de Montchenu, made in France, c.1475. is there a better city in America for sharing with a best friend of either sex? Helene Berman straw hat

The National Mustard Museum Travel Austin is an enticing Texan mix of cowboy boots and progressive attitudes Holidays Willie Nelson lives on a nearby ranch, Sandra Bullock owns a couple of restaurants, and Matthew McConaughey came to Austin as a student and never left