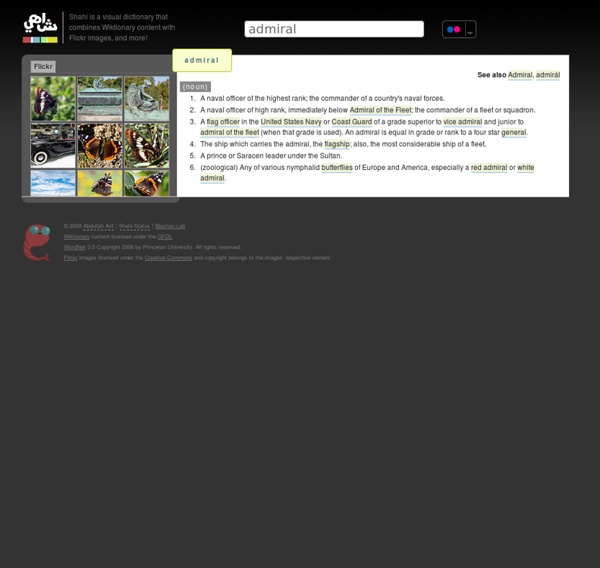 Translate text into phonetic script I always believe that the best sites and web tools are the simplest, and this is certainly the case with Phonetizer. It's a really easy to use tool that takes and text and adds the phonetic spelling below it. It's really easy to use. You just cut and paste or type in the text you want to use in the left hand side, click on 'Transcribe' and the text appears on the right with the phonetic writing underneath each line. You can then cut and paste to a document if you want to save it.

happy English is a West Germanic language that was first spoken in early medieval England and is now a global lingua franca. Named after the Angles, one of the Germanic tribes that migrated to the area of Britain that would later take their name, England, both names ultimately deriving from the Anglia peninsula in the Baltic Sea. It is closely related to the Frisian languages, but its vocabulary has been significantly influenced by other Germanic languages, particularly Norse (a North Germanic language), as well as by Latin and French.[6] English has developed over the course of more than 1,400 years. The earliest forms of English, a set of Anglo-Frisian dialects brought to Great Britain by Anglo-Saxon settlers in the 5th century, are called Old English.

Teaching Dictionary Skills: Dictionary Skills Activities and Games All students should have a dictionary in their desk, not at the front of the class. Students need to become familiar with the dictionary for a variety of reasons and if it is used on a regular basis by students for them to become comfortable with using it as a reference. Dictionaries are a valuable tool for the students in their learning process and it limits the amount of time a student raises their hands to spell a word. Students need to learn that they are able to use a dictionary for spelling a word, find a meaning, or to assist in pronouncing the word. Brainstorm with the students the reasons to use a dictionary and place the answers on chart as a student reference. Creating a Visual Dictionary on the iPad  Pic Collage (free), is one of my favorite apps to use on my iPad. It creates great looking Scrapbook pages of multiple images in no time. Today, as I was planning with our first grade Hebrew teacher, how to upgrade a traditionally taught vocabulary project (creating a dictionary of their weekly vocabulary words in Hebrew), we saw the opportunity to use PicCollage with students in the classroom. (My apologies in advance for the example below is in Spanish and not in Hebrew)

Fun stuff from all around the web Fun stuff from all around the web: videos, adds, activities, games and just anything crazy or bizarre to put a smile on your face. All in English, of course! What would you do with an extra day? Common Core Standards : CCSS.Math.Content.8.G.A.3 3. Describe the effect of dilations, translations, rotations, and reflections on two-dimensional figures using coordinates. Transformations are fascinating things in real life, in movies, and of course, in geometry. But if your students expect shapes to turn into giant fighting robots, they've got another thing coming.

Five glorious presentations on visual thinking Do you think in words or pictures, or both? Visual thinking engages the part of the brain that handles visual processing, and is said to be both "emotional and creative" so you can "organise information in an intuitive and simultaneous way". A picture really might be worth a thousand words, while being easier to understand and recall. Therefore it is worth exploring how visual thinking can help you communicate ideas to colleagues and clients. Using dictionaries Using dictionaries Submitted by admin on 5 September, 2006 - 13:00 Why should we encourage students to use dictionaries? Dictionaries develop learner autonomy. They are a handy resource for researching different meanings, collocations, examples of use and standard pronunciation.