What is a MOOC? 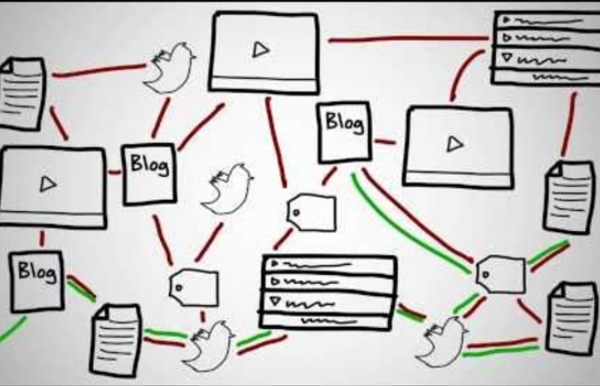 The MOOC experiment University reflects on successes, challenges of online learning The past year-and-a-half has seen the University dive headfirst into the once-foreign frontier of online education, notably through its offering of more than a dozen massive open online courses, or MOOCs. But whether MOOCs in their current form are any indication of what the future holds for higher education is still up for debate. At what cost? As of now, there is no direct monetary payoff for offering a MOOC, and producing the courses require huge investments in time. MOOCs and the Gartner Hype Cycle: A very slow tsunami By Jonathan Tapson On September 13, 2013 A lot can change in a year. Twelve months ago, the traditional universities were doomed, condemned to irrelevance by an onslaught of MOOCs. Not every last one of them was going to die; Sebastian Thrun said that perhaps ten might survive.

You Want Smarter, More Collaborative Students? First, Fix The Tables Everyone lauds the benefits of collaboration, and yet students usually sit apart from one another, stuck behind their individual desks. The Dutch designers Rianne Makkink & Jurgen Bey have updated the classic trestle table into a flexible system that stretches to accommodate group projects. One or two trestle desks can be combined with a larger tabletop to form an elongated work surface. The longest table can also be used as a vertical or horizontal easel, with the metal ridge used for joining the tables together doubling as a utensil holder. » Napster, Udacity, and the Academy Clay Shirky Fifteen years ago, a research group called The Fraunhofer Institute announced a new digital format for compressing movie files. This wasn’t a terribly momentous invention, but it did have one interesting side effect: Fraunhofer also had to figure out how to compress the soundtrack. The result was the Motion Picture Experts Group Format 1, Audio Layer III, a format you know and love, though only by its acronym, MP3. The recording industry concluded this new audio format would be no threat, because quality mattered most.

HarvardX’s and MITx’s MOOC Data Visualized and Mapped MOOCs are controversial, but there is one thing that everyone agrees on: We need more research. Harvard and MIT, both members of edX, have compiled data that will go a long way toward helping educators understand who takes MOOCs, and why. Rather than offering access to the raw data, each institution has given its data a visual treatment. In total, Harvard and MIT MOOCs enrolled nearly 2 million students and awarded more than 65,000 certificates. Students were predominantly male, and most had already completed a bachelor’s degree. MOOCs are especially popular with students in their mid- to late twenties, and the reach — 193 countries and 188 countries respectively — was impressive.

MOOCs: Top 10 Sites for Free Education With Elite Universities MOOC stands for Massive Open Online Courses. Although there has been access to free online courses on the Internet for years, the quality and quantity of courses has changed. Access to free courses has allowed students to obtain a level of education that many only could dream of in the past. This has changed the face of education. Can the Current Model of Higher Education Survive MOOCs and Online Learning? Not all U.S. colleges and universities will disappear as a result of new technologies, but clearly some will. If higher education institutions embrace the status quo, they will no longer be in control of their own fate. To survive, they must change their existing business models.

Online education ? The Reality-Based Community For my sins, I guess, I’m a member of the Berkeley faculty Committee on Courses of Instruction. Things are looking up for this gig, though, because there’s growing interest on campus and at the university level in online instruction, and the committee is starting to seriously deliberate this very interesting issue. Not surprisingly, I guess, a lot of the action is going on in the wrong arena, looking for ways to cut costs “without reducing educational outcomes”, and this approach will assuredly wind up cutting costs and only reduce quality somewhat. But it’s almost certain that we could actually teach more, better, and cheaper with technology if we go at it wisely. How would we think about online education if we were focused on quality and value instead of penny-pinching?

Essay on what MOOCs are missing to truly transform higher education Here’s a question I’m asked more and more every day: When is Georgia Tech going to offer an undergraduate engineering degree online? It’s no surprise that this question is being posed. Universities around the country are having intense discussions about massive open online courses, or MOOCs, as they’ve come to be known. Late last year, when the Massachusetts Institute of Technology announced MITx, an online learning platform offering free courses for anyone anywhere, Forbes hailed this development as a "game changer" in higher education. 10 ways MOOCs have forced Universities into a rethink MOOCs have made us think. As one of the most fascinating developments in higher education in my lifetime, they are,in many ways, a pioneer of a more ‘open’ spirit in learning. I’d contend that MOOCs, for all their promises and faults, have been at their most effective in forcing a rethink in Higher Education.

Flipping over the Flipped Classroom? So the new rage in education has a label- The Flipped Classroom! There is a movement that believes that it is the perfect mix use of technology that has and will continue to transform the education of America’s students. The flipped classroom is based upon the use of technology to help deliver lessons outside of the classroom (the lesson is watched at home for homework), thus allowing students to spend class time fully focused on subject matter and the expanse of it. No class time is wasted on the lesson, thus is fully maximized on the development of the understanding by the students.

EdTech Round-Up: 99 Google Plus Accounts to Follow Technology amplifies knowledge, and education is one of the fields that stands to benefit the most from the rapid development of the internet and communication technology. Edtech allows for the wide distribution of educational materials, and for the development of customized, interactive learning environments to fit any learning style. Educators and technology enthusiasts alike have embraced the educational power of the internet, PCs, tablets, and even smart phones. There is an amazing community of education innovators on Google Plus, sharing ideas about education technology and eLearning, and working toward a new paradigm of education for the next generation.

Pupils to study Twitter and blogs in primary shake-up Children will no longer have to study the Victorians or the second world war under proposals to overhaul the primary school curriculum, the Guardian has learned. However, the draft plans will require some children to master Twitter and Wikipedia and give teachers far more freedom to decide what youngsters should be concentrating on in classes. The proposed curriculum, which would mark the biggest change to primary schooling in a decade, strips away hundreds of specifications about the scientific, geographical and historical knowledge pupils must accumulate before they are 11 to allow schools greater flexibility in what they teach. It emphasises traditional areas of learning - including phonics, the chronology of history and mental arithmetic - but includes more modern media and web-based skills as well as a greater focus on environmental education. The proposals would require: • Children to be able to place historical events within a chronology.

Essay on how MOOCs raise questions about the definition of student Clay Shirky and Jay Rosen have popularized the phrase “People Formerly Known as the Audience” to describe the evolution of contemporary media consumers from mere listeners or viewers into interactive and demanding participants. A similar redefinition of roles is emerging in conversations about the consumers of massive open online courses. With a student-faculty ratio of, in some cases, 150,000: 1, the teacher of a MOOC may well struggle to define his or her relationship to an audience of course-takers who do and do not resemble traditional "students." In a recent Twitter exchange, media scholars Siva Vaidhyathan and Cathy Davidson debated the question of whether people enrolled in a MOOC are accurately described as “students.” @CathyNDavidson asked, "Are they really all 'students' or merely 'registrants'?"