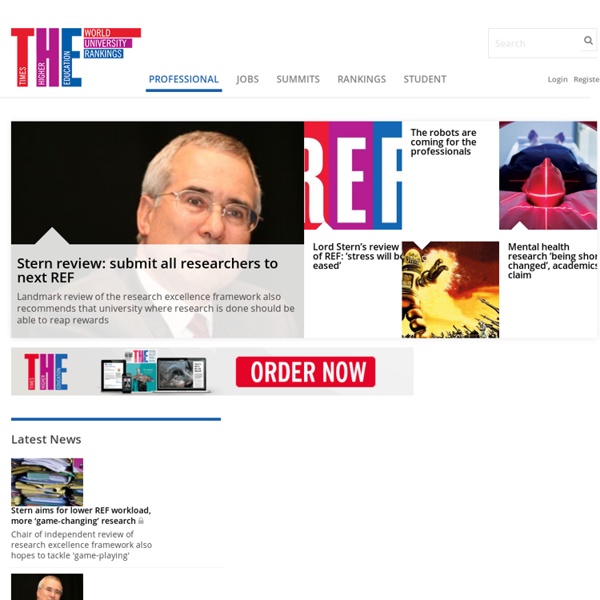 University of Leiden offers free online law course via Coursera Leiden University just became the first Dutch university to offer a Massive Open Online Course (MOOC), entitled "The Law of the European Union: An Introduction," on online learning platform Coursera . Coursera was started about a year ago, and offers hundreds of online courses at top universities. The courses are free, have no entry requirements or preliminary examination, and therefore aim to make high quality education available to anyone with an internet connection. The course at Leiden will start in May 2013. Over 10.000 people from all over the world have enrolled since it was announced. Leiden is the first university to offer a course in the field of International and European Law.

Open access and MOOCs: follow the money February 27, 2013, by Warren Pearce Open access and MOOCs: follow the money This is a guest blog written by John Holmwood, member of the Leverhulme Making Science Public programme, and founding member of the Campaign for the Public University In the extensive debate that has followed RCUK and Hefce announcements that ‘Gold’ open access under an ‘author pays’ system is to be mandated (with a short transition period) for the publication of all publicly-funded research, there has been general agreement that open access is good in principle. All criticisms of the disruptive effects of its hasty and early adoption within the UK are prefaced with a statement that research and scholarship should be readily accessible. The context in which open access is being introduced, however, belies the optimistic view that what is intended is wide public access.

Essay on how MOOCs raise questions about the definition of student Clay Shirky and Jay Rosen have popularized the phrase “People Formerly Known as the Audience” to describe the evolution of contemporary media consumers from mere listeners or viewers into interactive and demanding participants. A similar redefinition of roles is emerging in conversations about the consumers of massive open online courses. With a student-faculty ratio of, in some cases, 150,000: 1, the teacher of a MOOC may well struggle to define his or her relationship to an audience of course-takers who do and do not resemble traditional "students." In a recent Twitter exchange, media scholars Siva Vaidhyathan and Cathy Davidson debated the question of whether people enrolled in a MOOC are accurately described as “students.”

Open access: The true cost of science publishing Michael Eisen doesn't hold back when invited to vent. “It's still ludicrous how much it costs to publish research — let alone what we pay,” he declares. The biggest travesty, he says, is that the scientific community carries out peer review — a major part of scholarly publishing — for free, yet subscription-journal publishers charge billions of dollars per year, all told, for scientists to read the final product. “It's a ridiculous transaction,” he says. Eisen, a molecular biologist at the University of California, Berkeley, argues that scientists can get much better value by publishing in open-access journals, which make articles free for everyone to read and which recoup their costs by charging authors or funders. Among the best-known examples are journals published by the Public Library of Science (PLoS), which Eisen co-founded in 2000.

A warning to college profs from a high school teacher For more than a decade now we have heard that the high-stakes testing obsession in K-12 education that began with the enactment of No Child Left Behind 11 years ago has resulted in high school graduates who don’t think as analytically or as broadly as they should because so much emphasis has been placed on passing standardized tests. Here, an award-winning high school teacher who just retired, Kenneth Bernstein, warns college professors what they are up against. Bernstein, who lives near Washington, D.C. serves as a peer reviewer for educational journals and publishers, and he is nationally known as the blogger “teacherken.” His e-mail address is kber@earthlink.net. This appeared in Academe, the journal of the American Association of University Professors.

Nobel laureate challenges psychologists to clean up their act Jon Roemer Daniel Kahneman wants psychologists to spend more time replicating each others' work. Nobel prize-winner Daniel Kahneman has issued a strongly worded call to one group of psychologists to restore the credibility of their field by creating a replication ring to check each others’ results. Kahneman, a psychologist at Princeton University in New Jersey, addressed his open e-mail to researchers who work on social priming, the study of how subtle cues can unconsciously influence our thoughts or behaviour. For example, volunteers might walk more slowly down a corridor after seeing words related to old age1, or fare better in general-knowledge tests after writing down the attributes of a typical professor2. Such tests are widely used in psychology, and Kahneman counts himself as a “general believer” in priming effects.

Essay on what MOOCs are missing to truly transform higher education Here’s a question I’m asked more and more every day: When is Georgia Tech going to offer an undergraduate engineering degree online? It’s no surprise that this question is being posed. Universities around the country are having intense discussions about massive open online courses, or MOOCs, as they’ve come to be known. Harvard Corporation elects venture capitalist James W. Breyer Venture capitalist James W. Breyer, M.B.A. ’87, a partner at Accel Partners, has been elected a fellow of the Harvard Corporation, the University’s senior governing board. In the news announcement, President Drew Faust and senior fellow Robert D. Reischauer said: What happens when you tweet an Open Access Paper So a few weeks ago, I tweeted and posted about this paper Terras, M (2009) "Digital Curiosities: Resource Creation Via Amateur Digitisation". Literary and Linguistic Computing, 25 (4) 425 - 438. Available in PDF.