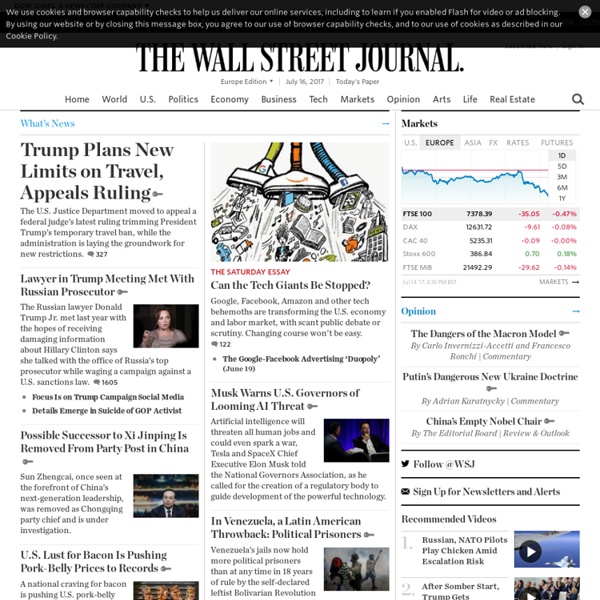 NativLang Major ideas about human language. If you have a few spare minutes, join me for a tour of one of these big questions: What is language, and what are languages? Zep'lin flying boat ponders the future of electric vehicles Zep'lin concept design by Damien Grossemy Image Gallery (4 images) A boat that flies. Now there's a vehicle Phileas Fogg could really have used. Zep'lin is a blue-sky concept developed by industrial designer Damien Grossemy during a five month internship at Renault which imagines the use of solar panel sails and electric propulsion to liberate the yacht-like vehicle from terra firma. Setting out to "explore new design language of electric vehicles," Grossemy has come up with a land anywhere vertical architecture that incorporates a propeller drive, flexible wing and rudder system that would enable the craft to tilt sideways to make the most of the Sun's rays.

Francis by Richard Hickey Written by novelist & screenwriter Dave Eggars, for the ever-popular radio show This American Life, animated film Francis is the tense tale of the unexplained happenings on a lake in the middle of an Ontario nature preserve. Brought to life by Not to Scale director Richard Hickey and a team of 40 animators, this captivating short perfectly blends the worlds of outstanding production values with engaging storytelling. Her mouth went dry. She held onto each side of the boat, and now she could only wait to see if it happened again. One night on a family camping trip to Quetico park, the reckless raven-haired Francis waits until her family have fallen asleep and takes a rowing boat out to the middle of the lake.

Setting a price on the future: The mathematics of markets Pricing the Future: Finance, Physics, and the 300-Year Journey to the Black-Scholes Equation. By George Szpiro. Basic Books; 298 pages; $28 and £18.99. Buy from Amazon.com , Amazon.co.uk OPTIONS and futures are almost as old as trade itself. From the farmer who sold his crop before the harvest to the merchant who bought at a set price in the future, the forerunners of today's markets can be traced to ancient Greece and Rome. Top 10 business ideas & opportunities for 2013 We hope that you’ll find these concepts as inspiring as we do, and that they spark even more innovation in the year to come! 1. Brazilian fashion retailer displays Facebook ‘likes’ for items in its real-world stores

Crap Detection, A 21st Century Literacy One of the 21st Century Literacies Howard Rheingold talks about is Crap Detection. Though I think the need for critical thinking or analysis has been around a long time, it has become increasingly important as Alan Shapiro demonstrates in his article, The Essential Skill of Crap Detecting So how do you teach or learn this essential skill? Two librarians at Dominican University have put together this CRAP test The CRAP test is a way to evaluate a source based on the following criteria: Currency, Reliability, Authority and Purpose/Point of View.

Running robots A cheetah running in its natural environment is an elegant, fluid display of biomechanics. What if robots could run the same way, and be deployed for search and rescue operations in areas where conventional vehicles cannot go? According to University of Delaware assistant professor Ioannis Poulakakis, a large fraction of the Earth's surface remains inaccessible to conventional wheeled or tracked vehicles, while animals and humans traverse such terrain with ease and elegance. He believes that legs have the potential to extend the mobility of robots, enabling them to become useful in real-world situations, such as search and rescue. Poulakakis is the principal investigator of a three-year, $265,532 grant from the National Science Foundation (NSF) to develop a family of systematic control strategies that work together with the robot's natural dynamics to generate fast, reliable and efficient running motions. Under the grant, Poulakakis will develop: