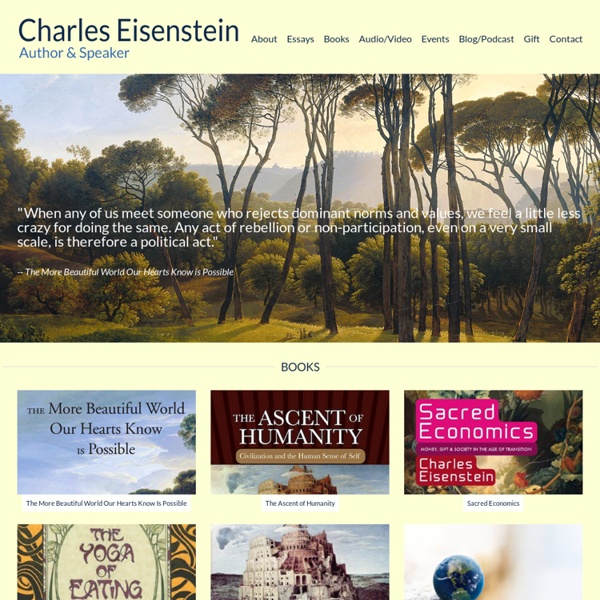 Books on Growing Healthy Fruit: Holistic Orchard Network with Michael Phillips Retail Price $49.95 Network Special $40 Running Time 5 hours Every farm and homestead can enjoy the timeless pleasure of a fruit orchard. What I Like about Making Maps: Visual Super Powers are Required No Better Time to Claim Our Superpowers I have always loved the world of superheroes and have passed untold hours amid the vivid art and fantastical story lines of my favorite comic books. Naturally, I’ve developed a lifelong fascination with superpowers, and in my work life, I wield the superpower of mapmaking to confront the true nemesis of organizations everywhere: complexity.

Fukuoka's Food Forest Mandarin orange, a main crop of Fukuoka’s food forest. At one time he was shipping an impressive 90 tons of citrus fruit annually Many of us in the permaculture and organic movements have read Japanese farmer Masanobu Fukuoka’s One Straw Revolution, which lays out his ingenious (though hard to replicate) no-till organic rice production system. University - The effective collective: Grouping could ensure animals find their way in a changing environment Posted January 31, 2013; 03:30 p.m. by Morgan Kelly, Office of Communications For social animals such as schooling fish, the loss of their numbers to human activity could eventually threaten entire populations, according to a finding that such animals rely heavily on grouping to effectively navigate their environment. Princeton University researchers report in the journal Science that collective intelligence is vital to certain animals' ability to evaluate and respond to their environment.

Can you Restore Land and Produce Food in the Same Place? Five Ways to Help the Natural World by Growing Food We are going to continue to restore the land at Whaelghinbran Farm by growing more food there. We are going to think carefully about how, when, where and why we grow food so that our food system will benefit many of the wild plants and animals that are losing places to live and prosper in New Brunswick. To do this we are designing a Restoration Orchard - an orchard that produces local food and also clearly benefits the natural environment at the same time. Crowd Computing and The Synaptic Web A couple of days ago David Gelernter – a known Computer Science Visionary who famously survived an attack by the Unabomber – wrote a piece on Wired called ‘The End of the Web, Search, and Computer as We Know It’. In it, he summarized one of his predictions around the web moving from a static document oriented web to a network of streams. Nova Spivack, my Co-founder and CEO at Bottlenose, also wrote about this in more depth in his blog series about The Stream. I’ve been interested in the work of David Gelernter for quite some time and thought this might be a good time to revisit some of his previous predictions. In 1999 he wrote a piece on Edge called ‘The Second Coming – A Manifesto’.

Regenerative Enterprise Sustainable is not enough. AppleSeed designer Ethan Roland takes permaculture to the next level with his recent book Regenerative Enterprise: Optimizing for Multi-Capital Abundance. The book begins by exploring the revolutionary 8 Forms of Capital economic framework: The book defines degeneration and regeneration, explores the role of social entrepreneurship in ecological restoration, and offers clear principles for the development of innovative enterprise ecologies. Learn more and buy the book at 8Forms.org

Six Degrees - CNT 2013 at CSE, IITKgp The social networking sites like Facebook, Friendster and MySpace are essentially complex systems induced by friendship links. These networks are a rich source of personal information populated by the users. So one of the things which could be of interest is discovering clusters or communities within this network. Identifying these communities in social networks help us get insight into the system and helps us understand how network topology and function affect each other. According to me, there is no difference between them.

How One Man Revolutionized the Farming World Masanabu Fukuoka Masanobu Fukuoka may be one of the most farsighted and downright radical farmers to have ever lived! Why? Because over the past 30 years, he gradually abandoned most conventional agricultural practices in order to return control of his land to the most skilled grower of all ... Nature herself! In return — he claimed — he has reaped both bumper crops and a peace that surpasses understanding.