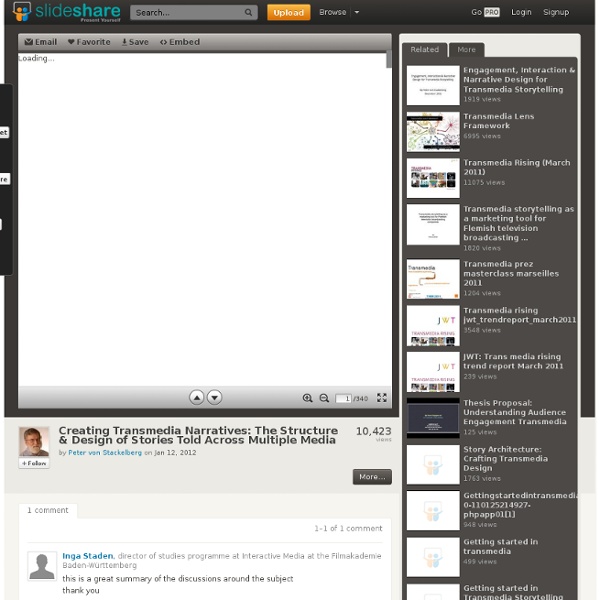 Networked Insights: The World’s 50 Most Innovative Companies in 2012 Historically, an actuary would be the last person Hollywood would turn to for advice. But data junkies are the new A-listers, and the Ryan Gosling of the algorithmic set is Networked Insights. "Instead of just measuring what we did, we can pre-inform a gut feeling with empirical data," says founder Dan Neely, who is, yes, an actuary by training. By any measure, 2011 was a big year for the Chicago-based analytics firm. It now plans $5 billion of media spending for advertisers--sometimes on shows with poor Nielsen ratings, but where Neely's data finds other value. MTV hired NI to monitor what the social web was saying about its new show Teen Wolf and adjusted its marketing campaign accordingly. NI insight led client Kraft to develop Oscar Meyer Select, its new nitrate- and nitrite-free hot-dog brand. NI raised $20 million from Goldman Sachs and was profitable for its second year in a row, with 500% year-over-year revenue growth.

Media Innovation » PhD Thesis On October 1st I defended my PhD thesis at London School of Economics. It is titled: “Evolutionary Dynamics of New Media Forms: The Case of the Open Mobile Web”. It was supervised by professors Robin Mansell and Sonia Livingstone. You can download the thesis here. Thesis Abstract: “This thesis is designed to improve our understanding on the evolutionary dynamics of media forms, putting a special historical focus on the recent processes of web and mobile convergence and the early development of the cross-platform web. In theoretical terms the thesis explores the possibilities for the analytical integration of evolutionary approaches that traditionally have shed light on the discrete components of the evolutionary ‘ensemble’ that comprises media’s textual forms, their technologies and organisational systems. The empirical study focuses on textual as well as organisational developments.

PhD on Transmedia Practice In 2009, I submitted my PhD on transmedia practice. It is titled Transmedia Practice: Theorising the Practice of Expressing a Fictional World across Distinct Media and Environments. Download PDF | View or Embed or Download at Scribd [Personal introductory post here] I am thrilled to say that all of my examiners gave glowing and insightful comments, such as these quotes from each: “I am particularly impressed with the wealth of material tackled in the dissertation, and also the numerous theoretical sources applied. “But its significance extends far beyond the novelty of the phenomenon under investigation. I’m now putting it online for researchers and practitioners interested in this area. Abstract: In the past few years there have been a number of theories emerge in media, film, television, narrative and game studies that detail the rise of what has been variously described as transmedia, cross-media and distributed phenomena. Contents: Abstract Acknowledgements Illustrations Figures Tables

Your Life Is A Transmedia Experience Reading and Writing Transmedia | Digital Is ... We have told stories to each other since the dawn of human history. We instinctively organize our thoughts as stories. Well-crafted stories engage us, inform us, inspire us and – long after first hearing them – resonate with us. Stories have always carried messages and meaning for us long before writing, radio, film, television, or the internet helped us tell them. The core elements of story never change – character, plot, settings and obstacles to be overcome – but the ways in which we tell stories continue to evolve. The new media that surrounds us as educators and as learners has forced us to pay attention to, and to change, how education is conceived. Given my own interests in digital writing, I am always on the look out for "what's next" in terms of theories and technologies that we might see in schools.

Producing Transmedia Stories – 10 Reasons why Audiences do it Better… …than Agencies and Filmmakers. Why do transmedia professionals have a difficult time achieving authentic and fluid transmedia stories and why do ‘existing’ branded entertainment & digital agencies tend towards lowest common denominator, tried and tested formulaic cross media, more about PR, advertising and marketing than real ‘story’ focused engagement. Against this and rather paradoxically we have the ‘so-called’ audience/users actually telling their ‘life’ stories across platforms in a much more natural and engaging way. Having produced and studied cross media since 1997 (“What do Audiences Want” BBC pres) one very large and persistent problem has always been creating authentic transmedia stories – natural story arcs and bridges that lead you onward through a long format, multi platform experience. note: this is a personal/user POV condensed version of a longer chapter intro section in my wip book Networked Media Storytelling: Transmedia Design and Production. 2 Authenticity & Trust

Navigating the World of Multi-Platform & Transmedia Rituals I have been trying to find a really simple metaphor for clients, students and other industry professionals to help them better understand the complex world of multi-platform. Also completing the last few chapters of my Networked Media Storytelling book I needed a big but simple metaphor. One of the biggest issues I have faced over the years is rooted in the question “I tell stories on one or two platforms why do I need to reach out onto other platforms and how?”. So for a few workshops & talks recently I developed a simple ‘graphic’ which demystifies some of the challenges storytellers face. Ye Olde Days – The Disconnected World of Gated Platform Around 40 years ago the opportunities for storytellers were both limited and segregated. But as we all know between 1990 and the present broadband internet, social media and mobile technology changed the landscape in a not so subtle way and old school media creative thinking is not relevant anymore in this altered landscape. Cautionary Tale

Transmedia Producers – Conducting Symphonies of Narratives We hosted the second in a series of exclusive Transmedia workshops last week in Washington D.C. with Starlight Runner’s Jeff Gomez. This time I had the opportunity to sit in on the workshop and wanted to share some key take-aways with DMW readers. For those of you not familiar with Jeff Gomez, he has worked on blockbuster franchises such as Avatar, Transformers and Pirates of the Caribbean. His visionary take on the role of the Transmedia Producer (TP) in the media production eco-system, has now been accepted as the industry standard: The Producer’s Guild of America added TP as an official credit last year. Specialist versus Generalist In one sense, I was under the impression that the TP represents the rebirth of the Renaissance Man in media – a person who can create compelling content across platforms and mediums. At Least Three Storylines Jeff Gomez defines a Transmedia narrative or project as one having three (or more) narrative storylines existing within the same fictional universe.

Transmedia Labeling – Updated I’ll jump right to it: here’s the symbol I’m proposing to indicate that a page that looks real is indeed fictional. It’s a “wink” to say that not all is what it pretends to be So where and how to use it? I’ve remodeled a Lowlifes character page to include the wink whenever I thought there might be some doubt. Like on this page example. Also, as this picture shows, I’ve added it to the profile image (and on the Twitter profile too) and in the About page I’ve included the full project label (although slightly simplified from the original draft). Here’s the revised label btw: For anyone interested in using the labels, you can download the Illustrator files (I saved them as CS3 for greater compatibility) here (remember to right-click and “Save As”: And here’s various winks: