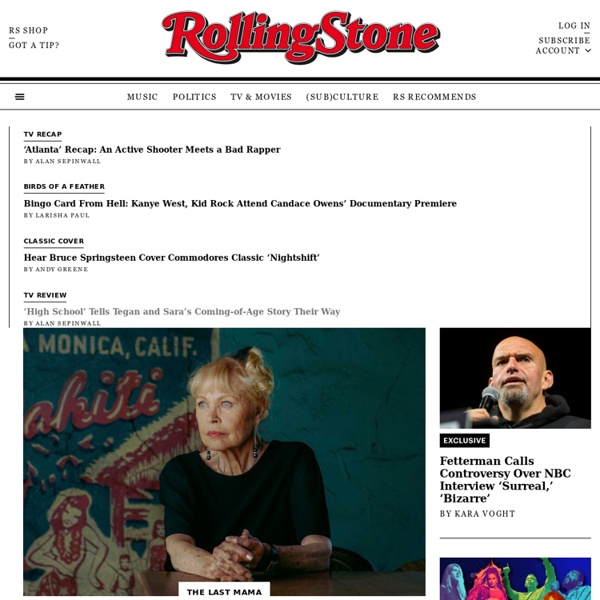 About Us | Green Sports Alliance Scott Jenkins joined AMB Sports & Entertainment Group in February 2014 to provide insight into the planning and construction of the new Atlanta Stadium leading up to its opening in 2017, after which he will manage the operations of the stadium. Jenkins comes to the Atlanta Falcons from the Seattle Mariners, where he spent the past seven-and-a-half years as vice president of ballpark operations and was responsible for overseeing all aspects of operating and managing Safeco Field. Prior to joining the Mariners, Jenkins spent three years with the Philadelphia Eagles where he opened and managed Lincoln Financial Field. Scott has served as V.P. of Stadium Operations for the Milwaukee Brewers and Director of Facilities and Events for Intercollegiate Athletics at the University of Wisconsin.

Global Warming's Terrifying New Math | Politics News If the pictures of those towering wildfires in Colorado haven't convinced you, or the size of your AC bill this summer, here are some hard numbers about climate change: June broke or tied 3,215 high-temperature records across the United States. That followed the warmest May on record for the Northern Hemisphere – the 327th consecutive month in which the temperature of the entire globe exceeded the 20th-century average, the odds of which occurring by simple chance were 3.7 x 10-99, a number considerably larger than the number of stars in the universe. Meteorologists reported that this spring was the warmest ever recorded for our nation – in fact, it crushed the old record by so much that it represented the "largest temperature departure from average of any season on record." Not that our leaders seemed to notice. When we think about global warming at all, the arguments tend to be ideological, theological and economic. The First Number: 2° Celsius In the event, of course, we missed it.

Tips for a Better Sex Life These five missions will push your sex life—and your relationship—to new heights. Whip out your red pen and start crossing them off your to-do list. 1. Invent Your Own Move "Improvising new sex positions shows that you're secure enough with each other to experiment," says Susan Crain Bakos, author of The Orgasm Bible. You'll both feel like sexual pioneers, creating self-confidence that will liberate your libidos. Your assignment: Tweak your old favorites. 2. Carving out a day of erotic activity can stoke your woman's fires. Your assignment: Set aside one weekend day a month to lavish attention on each other. 3. "When you're mired in a major life event like buying a house or even planning a vacation, the stress can do your sex life in," says Debby Herbenick, Ph.D., the Men's Health Sex Professor. Your assignment: Tell her what you're going to do after you carry her over the threshold of the new house, or detail your intentions for the outdoor shower after your day at the beach. 4. 5.

Green Sports Summit 2012 › Program Workshop - Creating & Executing Powerful Community LegaciesREAD MORE Sports teams and events have a superb opportunity, as well as a responsibility, to help build healthy and vibrant communities. With long-term and strategic thinking, sports organizations can create lasting community legacies through sustainability initiatives. These legacies are often equally as beneficial to the organization's brand in the short-term as they are to the community's prosperity in the long-term. Through presentations, an expert panel and breakout discussions, this workshop will explore how teams, venues, leagues and international mega-events are identifying legacy themes (i.e. economic development, environmental stewardship, education, equality, etc.), and developing unique partnerships to help execute on the initiatives throughout operations and communications. Workshop - Digging Deeper into Composting: Exploring challenges & successes in program development and executionREAD MORE

Farmers respond to climate change This week’s article was written by CUESA's Volunteer of the Month Janet McGarry. City dwellers may have enjoyed the sunshine during one of the driest winters on record, but the unseasonable weather has many farmers worried, and with good reason: their livelihoods hang in the balance. Fluctuations in weather do not necessarily indicate changes in climate, but climate change does impact the weather. Fearing the current weather patterns could be the new normal, California farmers are paying close attention to the forecast. On February 21, California Climate and Agriculture Network (CalCAN) convened farmers, scientists, and policymakers at the University of California, Davis, to discuss research and strategies for coping with the uncertainties of climate change. An Uncertain Future Researchers predict climate change will influence California growing conditions in numerous ways. Feeling the Heat Farmer Al described extreme weather events that destroyed his Golden Sweet apricot crop.

Recipe: Grilled Asparagus and Avocado Tacos Unless you're a no-meat athlete, your grill likely cooks hot dogs, hamburgers, chicken breasts, or steaks almost every time you fire it up. Sure, you'll throw on some veggies as a side dish, but the meat tends to take center grate. It doesn't when you're making these tacos — and you won't even miss it. Ivy Stark, executive chef at Dos Caminos, touts this recipe as one that's healthy but still tasty, filling, and satisfying. Stark has been running for 25 years, and often run-commutes between three and four miles to whichever Dos Caminos location she's working at that day. You'll need to oil your grill and your avocadoes really well to ensure that they don't stick. Grilled Asparagus and Avocado TacosRecipes by Ivy Stark, executive chef at Dos Caminos How to make it:1. Cucumber Pico de Gallo How to make it:1. Refried White Beans How to make it:1.

Global Mayors Put UN’s Sustainable City Guidelines In Motion After providing the curriculum for training urban leaders from 12 Southeast and Central Asian nations a few weeks ago, the United Nations is now globally launching the full content of the Shanghai Manual: A Guide for Sustainable Urban Development in the 21st Century. The free publication features 47 global urban sustainability case studies and dozens of timely policy recommendations, especially when one considers the lack of a new global climate treaty due to tactics of "delaying nations" at the Durban climate talks, including the US. Instead, the Shanghai Manual is a practical tool intended to help the world's major and medium-sized cities in developing nations further advance their local green economies. The "green economy" is also the key theme of the 2012 United Nations Conference on Sustainable Development, known as Rio+20. The training offered some surprises. Warren Karlenzig is president of Common Current. Connect: Authored by: Warren Karlenzig See complete profile

MO Love, Forward on Climate, and the Social Tipping Point for Climate Action In February of 2009, as an excited but scared freshman, I boarded a mini-van and drove 15 straight hours from my college in St. Louis to Washington DC. I was attending my first big event for climate justice, Power Shift 2009, and I was looking forward to a conference that I thought would be a fun weekend in a new city. Instead, the conference changed my life. Youth rally at the Capitol at Power Shift in 2009. Something happened to me in the presence of the 12,000 other passionate young people attending Power Shift in 2009. Power Shift 2009 also marked the genesis of the youth climate movement in Missouri. Fast-forward four years to February 17, 2013. Our Missouri student climate activist network has grown a lot over the last four years. We know the work in Missouri will be long and difficult. Even in the face of these huge challenges, the students of Missouri are resolute in moving our state forward.

Can't Face the Math: On Climate Science, We're All Karl Rove on the Night of the Election Republished from grist.org By David Roberts Throughout this long, crazy campaign, there’s been a tension simmering between empiricists like Nate Silver and Sam Wang, who cited poll data showing Obama with a small but durable lead, and pundits who trusted their “guts” and the “narrative,” both of which indicated that Romney had all the momentum after the first debate. In the face of model projections like Silver’s, Jonah Goldberg said that “the soul … is not so easily number-crunched.” You know how that turned out. Empiricism won. As it happens, there’s another issue in American politics where empiricists are forecasting the future and being ignored. Looking back at 10 years of atmospheric humidity data from NASA satellites, [John Fasullo and Kevin Trenberth of the National Center for Atmospheric Research] examined two dozen of the world’s most sophisticated climate simulations. The Washington Post spells out what that means: Let’s be clear about this.

Climate Justice Hub: A Basecamp For Building The Climate Movement This Summer “The beauty of this whole thing is that because it’s the greatest challenge that we’re facing, it’s also the greatest opportunity to come together and reclaim community” Dorian Williams, SJSF Our Vision for the Climate Justice Hub This summer, we want to launch a project called “the Climate Justice Hub,” a student-run community space in Boston to intensify the climate movement in New England. The Hub will be active 7-days-a-week from June through August of 2013, in Somerville, MA. The space will help maintain the momentum among local students in Boston, who have been leading incredible direct actions all year. Students participate in nonviolent direct action protesting the Keystone XL pipeline Students Rally for Fossil Fuel Divestment What Will Happen at the Hub? Six student staff will facilitate the space, with an explicit focus on four key areas: leadership development, campaign planning, creative direct actions, and relationship-building. Leadership Development Campaign Planning Will Pearl

Why We Divested - Jim Antal To many, our resolution to divest from fossil fuels was a scandal. So much so that months before the national Synod of the United Church of Christ (UCC) would consider it a well-funded, all-out campaign to defeat the resolution was underway. It didn’t have to be that way. Oil barrel filled with money. As soon as I read Bill McKibben’s Rolling Stone article on the terrifying math of global warming it was clear to me that the church needed to provide leadership. Over Thanksgiving I drafted a resolution calling upon the UCC to divest from fossil fuel companies. I immediately wrote to the CEOs of the two major investment agencies for the UCC: the Pension Board and the United Church Funds (UCF). Initially, I was surprised that divestment was controversial. Between January and June 2013, ten of the 37 other Conferences of the UCC voted to endorse or co-sponsor the resolution. Many of the delegates were shocked to learn that United Church Funds and I had worked out some proposed revisions.

Warren Buffett Says Coal Will Be Replaced : Compass According to a report from Bloomberg News, Warren Buffett, the U.S.'s second wealthiest person and most-respected investor, said this week that it's time to start planning for the end of coal. "Coal will gradually decline in importance," Buffett said, in an answer to a question at a ribbon-cutting for a new Geico center in Indiana. "There aren't any new coal plants being built now, so you will see gas-fired plants, you’ll see wind, you’ll see solar." This is a big statement for a man who has the entire investment community hanging on his every word, and Buffett should know: In many ways, he's been an important part of this transition. Of course, Buffett is not alone. This all raises questions as to what Buffett intends to do about his remaining coal holdings, including his coal-loving railroad, BNSF. And Warren Buffett is still involved with one of the biggest coal-burning schemes of all -- ongoing plans to export coal through the Pacific Northwest to developing markets in Asia.

Mississippi River Clean Up ST. LOUIS (KTVI) – About 250 volunteers spent three hours cleaning up the Mississippi River in St. Louis, Saturday; 75 of them Anheuser-Busch workers. They pulled tons of debris from the water and riverbanks. The brewery is one of the leading sponsors the Living Lands and Waters project. “Water is a big priority for Anheuser-Busch. Volunteers pulled about 10 tons of debris and garbage from the river during last year’s effort. The Living Lands and Waters Project began in 1998.