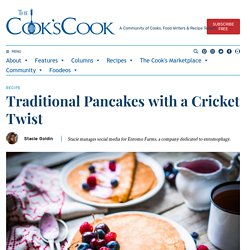 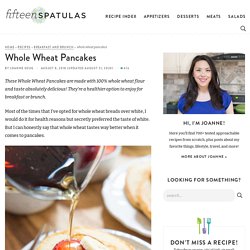 They’re a healthier option to enjoy for breakfast or brunch. Most of the times that I’ve opted for whole wheat breads over white, I would do it for health reasons but secretly preferred the taste of white. But I can honestly say that whole wheat tastes way better when it comes to pancakes. It’s fun to make these for friends and family and see how surprised they are by how delicious, flavorful, and fluffy they are, because labeling something as whole wheat inevitably leads to some pre-judgements. This is the general theme in the comments section below as well, as this has been one of the most popular recipes on this blog since I first posted it in 2013. Fluffy Japanese Pancakes. Prev Recipe Next Recipe Fluffy Japanese Pancakes Recipe courtesy of Food Network Kitchen Watch how to make this recipe. 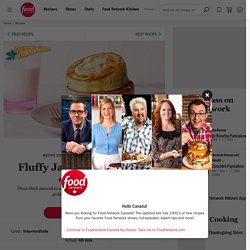 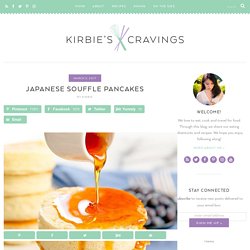 They are a popular trend in Japan, but you can recreate them in your own home. As you may recall, during my trip to Tokyo, I had the most incredibly fluffy souffle pancakes at Gram Cafe. I’ve been wanting to recreate them ever since. I tried quite a few recipes I came across on the internet and while they tasted delicious, they didn’t quite taste like the ones I had at Gram. Lemon-Ricotta Pancakes. Tip Why Do We Celebrate Christmas on Dec. 25? 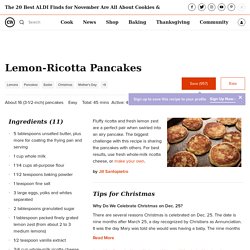 There are several reasons Christmas is celebrated on Dec. 25. The date is nine months after March 25, a day recognized by Christians as Annunciation. It was the day Mary was told she would was having a baby. The nine months that follow are an approximation of Jesus’ birth. What Does the Name 'Christmas' Mean and What Is the Meaning of Christmas? Christmas is a shortened from the words “Christ’s mass.” How Can We Celebrate Christmas? Christmas is traditionally celebrated in many ways and celebrations vary across cultures.

Gluten-Free Buckwheat Pancakes Recipe. A Lifetime of Pancakes, and Jamaican Banana Fritters. At home, I started with Aunt Jemima, because it was cheap and delicious and nearly always on hand; but, over time, gradually, I branched out across cuisines, all of them unified by the simple method of frying batter in a pan (the world is, frankly, a very small place). 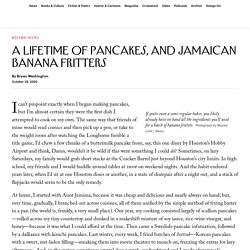 One year, my cooking consisted largely of scallion pancakes—rolled across my tiny countertop and dunked in a makeshift mixture of soy sauce, rice-wine vinegar, and honey—because it was what I could afford at the time. Then came a Swedish-pancake infatuation, followed by a dalliance with kimchi pancakes. Last winter, every week, I fried batches of hotteok—Korean pancakes with a sweet, nut-laden filling—sneaking them into movie theatres to munch on, freezing the extras for lazy afternoons. Pancakes have been a boon to me this past year, especially, as I’ve shifted my home cooking to maximize every haul from the grocery store. Not too long ago, I called my mom to bug her about it. Makes about 8 fritters Ingredients Directions. Fluffy flourless pancakes. Lemon Ricotta Pancakes with Blackberry Syrup. Serves Makes 4 servings Ingredients Blackberry syrup:2 cups blackberries, fresh or frozen½ cup water½ cup granulated sugar, plus more to taste2 tablespoons fresh lemon juice, plus more to tasteRicotta pancakes:½ cup whole-milk ricotta, drained2 large eggs, separated¾ cup whole milk½ teaspoon vanilla bean paste1 tablespoon lemon zest1 cup unbleached all-purpose flour½ teaspoon baking powder½ teaspoon sea salt1 tablespoon granulated sugarMelted butter for cooking pancakes Procedure To prepare the syrup: In a medium saucepan, combine berries, water, sugar and lemon juice; bring to a boil over medium heat. 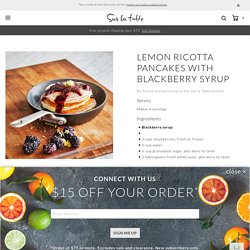 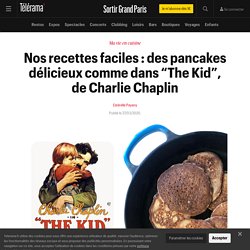 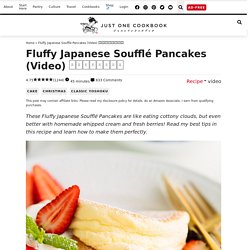