The Ultimate Guide to Ice Caves in Iceland. Crystal Cave in Vatnajökull Glacier in Iceland Since the caves in Iceland's glaciers are only temporary, it seems rather futile to give them names. 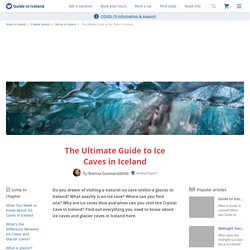 Peppa Pig World At Paultons Park. The “Wieliczka” Salt Mine. Boom Blast Stix Game - It's Explosive!!! Hellfire Caves - Visit Buckinghamshire. A bit about us Since 1951 the Caves have attracted around two and a half million visitors, and many of the profits have been handed to various charities, including the National Trust to help pay for restoration and maintenance work in West Wycombe. 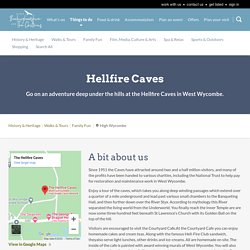 Enjoy a tour of the caves, which takes you along deep winding passages which extend over a quarter of a mile underground and lead past various small chambers to the Banqueting Hall, and then further down over the River Styx. According to mythology this River separated the living world from the Underworld. Disgusting Food Museum - 80 of the world’s most disgusting foods.

The Hall of Records, A Not So Secret Room. About Us ~ PIRATES of PENRYN. Ahoy there, and welcome aboard me hearties. 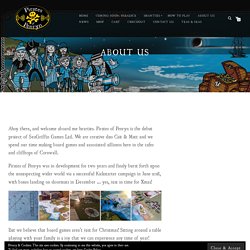 Pirates of Penryn is the debut project of SeaGriffin Games Ltd. We are creative duo Cait & Matt and we spend our time making board games and associated silliness here in the cafes and clifftops of Cornwall. Pirates of Penryn was in development for two years and finaly burst forth upon the unsuspecting wider world via a successful Kickstarter campaign in June 2018, with boxes landing on doormats in December … yes, just in time for Xmas! But we believe that board games aren’t just for Christmas! Meow Wolf - An Immersive Experiences Company.

Camera Obscura and World of Illusions Edinburgh - fun for all the family. Folklore in Iceland. Since the dawn of history, Icelanders have told fantastic tales of their strange encounters with the many peculiar supernatural beings with which they share the land. 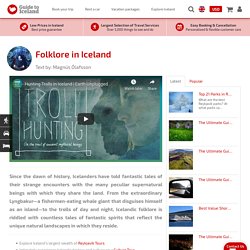 From the extraordinary Lyngbakur—a fishermen-eating whale giant that disguises himself as an island—to the trolls of day and night, Icelandic folklore is riddled with countless tales of fantastic spirits that reflect the unique natural landscapes in which they reside. Explore Iceland's largest wealth of Reykjavik Tours Intimately experience Icelandic history and culture on a Culture Tour Find out everything you need to know about the History of Reykjavík Read about The History of Iceland During the long dark winter nights of old, storytelling was the chief form of Icelandic entertainment, with each region fostering its very own bulk of tales and legends that were passed down from generation to generation throughout the centuries. 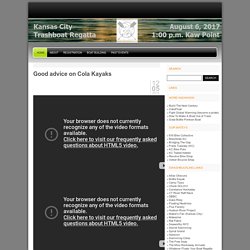 If you wish to have a copy and cannot get a hold of one at the Vacant Farm zine library then email Jaclyn for an issue. Click to enlarge. You know the drill. You’ve had an internet before, right? Get Ready This July. Hidden Coachella Valley. Visit Kashmir - Home Page. Sepak Takraw Prince Cup 2014 - Day 3 Highlights. Live Escape Room London. Escape Rooms. Mermaids compete in 'Merlympics' event. How to be a film extra in Bollywood. Catacombes de Paris - Musée Carnavalet - Histoire de la ville de Paris. The Catacombes de Paris will be closed from Monday September 10th 2018 for renovations. 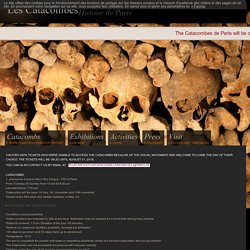 Scheduled re-opening: Thuesday October 2nd. Diggers Expose Moscow's Underground History. As we stand by the banks of a stream — a small sliver of green hidden in Moscow's urban sprawl — every member of our group is focused on the low shadowy tunnel that opens up where the water flows under a busy highway bridge. 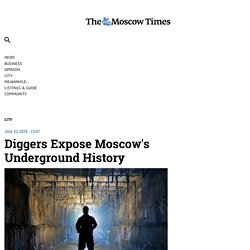 Our guide beckons us, and we wade out into the river, slowly, until we reach a small ledge alongside the tunnel's concrete wall. Steadily, the water changes from the bubbling clear flow of the stream to a deep, swirling grey. Family days out in Norfolk - BeWILDerwood. Welcome to Puzzlewood. Home - Rabbit Jumping UK. A London bakery is now offering a vegan afternoon tea on a tour bus. Inflatable: Expanding Works of Art. Welcome to Kuranda - The Village in the Rainforest. Yorkshire Sculpture Park. Here’s what 6 people did after watching a TED Talk. The Roald Dahl Museum and Story Centre. The Dartmoor Mystery Treasure Trail. Visit Westfjords Iceland. Get Inspired - BBC Sport. 50 Best Board Games of 2017 - Best New Adult Board Games. Skywatchers see 'super blue blood Moon' Image copyright SPL The night sky had a display in store on Wednesday 31 January, with a lunar event being called the "Super blue blood moon". 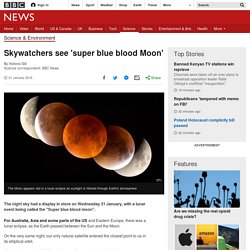 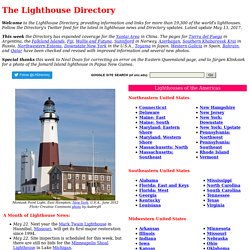 Next year the Mark Twain Lighthouse in Hannibal, Missouri, will get its first major restoration since 1994. May 22. Site inspection is scheduled for this week, but there are still no bids for the Minneapolis Shoal Lighthouse in Lake Michigan. Cabo Silleiro Light, Bayona, Galicia, Spain, October 2012 Flickr Creative Commons photo by Elentir. Yonaguni-jima Kaitei Chikei (Yonaguni Monument) – Yonaguni, Japan - Atlas Obscura. The Yonaguni-jima Kaitei Chikei, literally translated as “Yonaguni Island Submarine Topography,” is an underwater mystery off the coast of the Ryukyu Islands, Japan. 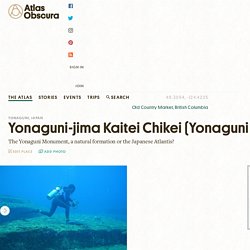 The massive underwater rock formation is speculated to have existed for more than 10,000 years, but whether the formation is completely man-made, entirely natural, or has been altered by human hands is still up for debate. The monument was first discovered in 1986 by a diver searching for a good spot to observe hammerhead sharks. After its discovery, Masaaki Kimura, a marine geologist at the University of the Ryukyu, explored the monument for nearly two decades.

Full round-up, question sets, detailed results and stats are available here. The full fixture lists for the 2016-17 league championship and President's Cup are now available. Home teams please ensure that venues are booked - if there are any issues with this, please contact David Leaimmediately. Great Canadian Adventure Tour. WildWise Events and Courses: bushcraft, survival skills, kids camps, family camps. Cave Diving Group. Oru Beach Kayak - Oru Kayak. The Beach is, simply put, the best kayak I've ever owned. After just a couple times I've learned how to set it up in a few minutes–much faster than I would have expected. I can do this by myself easily, which opens up a whole new realm of morning and evening paddles by myself (previously I needed help moving large kayaks on & off the car and to the water.

It's fast on the water because it's so light, accelerating to top speed in a matter of a few strokes. It's easy to get in and out and I've even take my dog out a few times and haven't had issues with tippiness at all. My biggest concern before I bought the boat was durability and I have quickly forgotten about that, as I drag the boat on sand and rock beaches almost every time I paddle, and can barely see any wear and tear.