The Love and Crimes of Emma Coronel Aispuro — El Chapo’s Wife. The most famous drug kingpin in the world — Joaquín Archivaldo Guzmán Loera, aka “El Chapo” — was being held at the Federal Social Readaptation Center No. 1 maximum security prison in Almoloya de Juárez, Mexico. 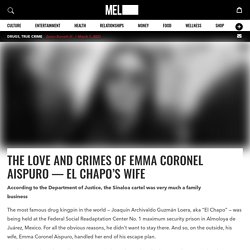 Mexico authorities arrest police chief on suspicion of link to cartel massacre that killed 9 Americans. A Mexican small-town police chief has been arrested on the suspicion of being linked to the brazen massacre of nine women and children from a Mormon community by drug cartel members last month, authorities said Friday. 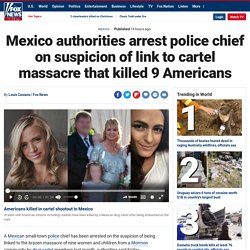 Fidel Alejandro Villegas, the police chief of Janos in the state of Chihuahua, was arrested by federal authorities on suspicion of involvement in the Nov. 4 attack in the Sonora state, Reuters reported. He Was One of Mexico’s Deadliest Assassins. Then He Turned on His Cartel. “I was at the point of going crazy,” he said. 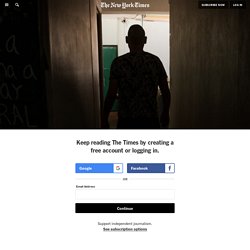 “I would spend two or three days crying.” El Rukns Convicted of Conspiracy. CHICAGO (AP) _ A federal jury convicted five members of the notorious El Rukn street gang Tuesday of conspiring to blow up airplanes and government buildings as part of a terrorism-for-hire scheme to win $2.5 million from Libya. 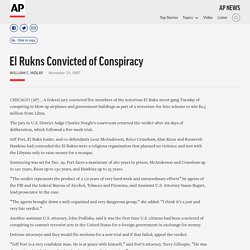 The jury in U.S. District Judge Charles Norgle’s courtroom returned the verdict after six days of deliberation, which followed a five-week trial. Jeff Fort, El Rukn leader, and co-defendants Leon McAnderson, Reico Cranshaw, Alan Knox and Roosevelt Hawkins had contended the El Rukns were a religious organization that planned no violence and met with the Libyans only to raise money for a mosque. Sentencing was set for Dec. 29.

Fort faces a maximum of 260 years in prison, McAnderson and Cranshaw up to 190 years, Knox up to 130 years, and Hawkins up to 25 years. Mexico Mormon Attack: Drug Cartels, LeBaron Sect History Behind the Massacre of American Moms and Children. In a massacre that shocked people around the world, three American women and six children were slaughtered by drug cartel sicarios in northern Mexico on Monday. 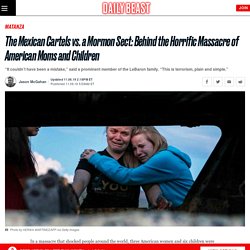 They were killed in broad daylight while traveling in a convoy of SUVs. Several of them, including infant twins, burned to death when one of the cars exploded. Six more children were wounded. More than 24 hours after the attack, Mexican security forces have not identified which drug cartel was responsible for the killing. A New Twist in the Horrific Massacre of American Mormon Moms and Kids in Mexico. The brutal killing of three American women and six children a week ago in Mexico sparked outrage on both sides of the border. 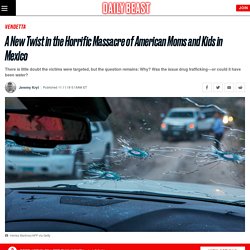 Mexican President Andrés Manuel López Obrador has promised justice, and already set up a special task force to find the attackers. President Donald J. Trump, meanwhile, has suggested American troops be sent in to combat the rising tide of violence. Three American mothers and at least six of their children are killed by Mexican drug cartel gunmen. President Donald Trump has waged a war on Mexican drug cartels after three American mothers and six children from a Mormon community based in northern Mexico were massacred by cartel gunmen. 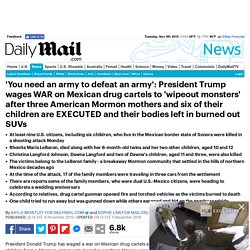 The victims, who belonged to the LeBaron family, were ambushed about eight miles apart in the Mexican border state of Sonora on Monday while traveling in a convoy of three SUVs. At the time of the attack, 17 of the family members were traveling from the La Mora religious community where they live, which is a decades-old settlement in Sonora state founded as part of an offshoot of The Church of Jesus Christ of Latter-day Saints.

Mexico's top security official Alfonso Durazo said on Tuesday the cartel gunmen may have mistaken the group's large SUVs for rival gangs. Nine of the family members were slaughtered and one child was still missing, Mexican authorities said. Video Details Brazen Attack by Mexican Cartel on Government Forces. Mexico’s Game of Bones. In Mexico Vigilante Armies Are Fighting Drug Cartels, but Whose Side Are They Really on? FILO DE CABALLOS, Mexico—The assault force rolls through this small mountain town not long after dark. 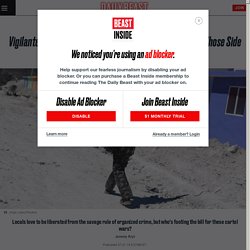 Traveling in a fleet of pick-ups with about 15 men in each truck, they are dressed in pixelated camouflage uniforms and ballistic vests and at first glance they look like official army units, but their weapons give them away. Many of these commandos carry AK-47 model assault rifles, which aren’t used by the Mexican armed forces. In Mexico’s Drug Cartel Country, a Murderer Who Kills Murderers Tells His Story. CHILPANCINGO, Mexico—The safe house sits on a side street in a barrio that looks out on the well-lit downtown of Guerrero’s state capital and the dark foothills beyond. 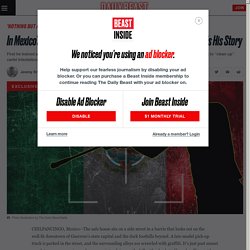 A late-model pick-up truck is parked in the street, and the surrounding alleys are scrawled with graffiti. It’s just past sunset on a late summer evening and a woman is trudging up the hill with a basket of bread, calling out her wares. Otherwise the street is silent. Then the hit man steps from the shadows behind the parked truck and waves me on toward the safe house. We sit at a bare table in the kitchen on the second floor. The hit man tells me in Spanish to call him Capache. “Is that your real name?”

“That is what you can call me,” Capache says. The word translates as “trap” or “trapper.” Newsom allows famous Aryan Brotherhood dropout to be paroled. SACRAMENTO — After nearly 45 years in prison for two murder convictions, a former high-ranking Aryan Brotherhood member who turned on the gang and cooperated with authorities has been freed from prison. 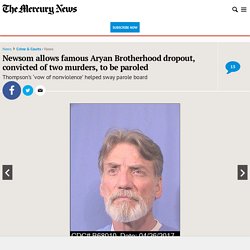 Michael Lynn Thompson, 67, was tentatively granted parole back in April, after describing to commissioners how he did not fight back during a 2015 attempt on his life, in keeping with his, “vow of nonviolence.” Gov. Gavin Newsom could have reversed the decision, but instead took no action, allowing Thompson to be released. Thompson was paroled Aug. 12, according to the state Department of Corrections and Rehabilitation. His current whereabouts haven’t been made public, and his status as a dropout makes him a target for murder by the Aryan Brotherhood or its allies. Thompson was granted parole despite denying he was directly responsible for the two murders he was convicted of in 1975. “There was no sneaking behind somebody and hitting them or anything else,” Thompson said.

The Sicario’s Tale, Part 4: The Cuckold Who Brought Down the Cartels. Double-Agent Cop Allegedly Sold Information to the Mexican Cartels. A top-ranking Mexican police official's betrayal allegedly even got one informant tortured and killed. As a top-ranking Mexican police official, Ivan Reyes Arzate was a right-hand man for U.S. Drug Enforcement Agency officials in Mexico. They shared intelligence, and asked Reyes to help them with surveillance missions against Mexico’s top cartels. Behind the Scenes of Mexico's Sinaloa Cartel - Rolling Stone. Shortly after Joaquín "El Chapo" Guzmán escaped from Mexico's supermax Altiplano fortress-prison, a period when his Sinaloa Cartel seemed to have near-total impunity, Spanish documentarian David Beriain somehow arranged to embed for three months with the cartel.

With 100,000 slain in the last decade, the scale of Mexico's drug war is on par with industrial warfare between nation-states, and the goal is largely the same: territorial control. Sinaloa holds power over the western Sierra Madre, a fertile agricultural region, as well as the desert underside of the U.S. border from Tíjuana to Ciudad Juárez, giving it a fully integrated supply chain directly plugged into the world's largest drug market. For journalists, the only countries more dangerous than Mexico are Syria and Iraq, and many Mexican reporters have been killed, some for trivial reasons – like publishing an unflattering photo of a crooked politician looking fat. He Livestreamed About the Cartels—Until He Was Shot Dead. In Mexico, when journalists speak truth to power, power responds by murdering them. TIJUANA—After a long day of driving and livestream reporting from the narco hotbed of Guerrero state, Cecilio Pineda Birto took his dusty car to a local carwash in the sleepy little riverside town of Pungarabato on Thursday evening.

There, while Pineda was resting in a hammock and waiting for his newly washed car, two men opened fire on him then fled the scene on a motorcycle with the murder weapon in hand. But the closest witnesses to the attack—the carwash attendants—were not questioned by authorities, as they immediately went into hiding, state attorney general Xavier Olea Peláez said. First responders were unable to revive the journalist, who had reported for local and national media outlets like La Voz de Tierra Caliente and El Universal. He was soon after pronounced dead, just past 7:30 p.m. “They know where El Tequilero is. Pineda often denounced threats of violence against him and his family.