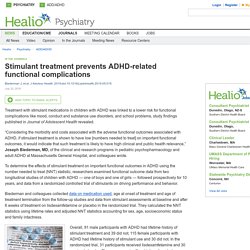 “Considering the morbidity and costs associated with the adverse functional outcomes associated with ADHD, if stimulant treatment is shown to have low [numbers needed to treat] on important functional outcomes, it would indicate that such treatment is likely to have high clinical and public health relevance,” Joseph Biederman, MD, of the clinical and research programs in pediatric psychopharmacology and adult ADHD at Massachusetts General Hospital, and colleagues wrote. Stimulant treatment has protective effects against ADHD-related functional complications, according to the researchers. Source: Adobe Stock The results showed that the numbers of patients with ADHD needed to treat with stimulants were: How Sensory Overload Affects Me as Someone With Anxiety, ADHD and Bipolar Disorder. Many people don’t know that “sensory overload” doesn’t only happen to those who have autism. 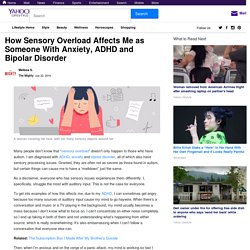 28 Subtle 'Clues' You’re Slipping Into a Bipolar Depressive Episode. Living with bipolar disorder might sometimes feel like you’re stuck on a roller coaster, complete with ups and downs, as well as twists and turns. 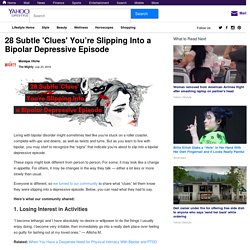 But as you learn to live with bipolar, you may start to recognize the “signs” that indicate you’re about to slip into a bipolar depressive episode. These signs might look different from person to person. For some, it may look like a change in appetite. For others, it may be changes in the way they talk — either a lot less or more slowly than usual. Everyone is different, so we turned to our community to share what “clues” let them know they were slipping into a depressive episode. Here’s what our community shared: 1. “I become lethargic and I have absolutely no desire or willpower to do the things I usually enjoy doing. YSK When anxiety causing thoughts arise, start mentally describing objects or actions you see in your vicinity, as if you were narrating a story. This will distract your brain from spiraling down that dreaded black hole. : YouShouldKnow. 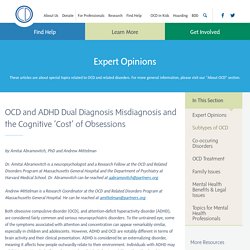 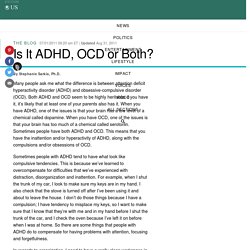 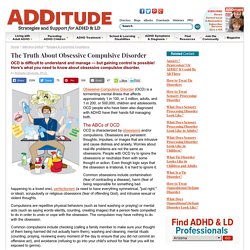 OCD people who have been also diagnosed with ADHD have their hands full managing both. The ABCs of OCD. 2016 06 23 13 09 How Bipolar Disorder Looks A Lot Like ADHD Detection and Treatment of a Misunderst. 21 Tips for Clients in Psychotherapy. Best and Worst of Psychology and Psychiatry – May 2016. At Brainblogger we publish monthly roundups of the most interesting findings in psychology and psychiatry research. 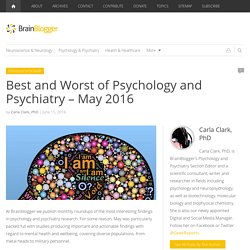 For some reason, May was particularly packed full with studies producing important and actionable findings with regard to mental health and wellbeing, covering diverse populations, from metal heads to military personnel. BEST: AI Machines’ Cognitive Abilities Assessed in Behavioral PsychologyTests Maze tests have been routinely used by behavioral psychologists to study memory and learning, typically in rats and mice.

Now researchers are using the same tests on the latest breed of artificial intelligence machines with mazes created in the online World of Minecraft. The best performing AIs on the maze test displayed cognitive abilities involving deep reinforcement learning enhanced with additional memory. BEST: Protective Psychological Benefits from Heavy Metal Music BEST: Loneliness is Not Just for the Old. The Science of How Our Minds and Our Bodies Converge in the Healing of Trauma. Trauma, Van der Kolk notes, affects not only those who have suffered it but also those who surround them and, especially, those who love them. 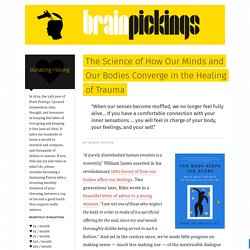 He writes: One does not have be a combat soldier, or visit a refugee camp in Syria or the Congo to encounter trauma. Trauma happens to us, our friends, our families, and our neighbors. Research by the Centers for Disease Control and Prevention has shown that one in five Americans was sexually molested as a child; one in four was beaten by a parent to the point of a mark being left on their body; and one in three couples engages in physical violence. A quarter of us grew up with alcoholic relatives, and one out of eight witnessed their mother being beaten or hit.[…]It takes tremendous energy to keep functioning while carrying the memory of terror, and the shame of utter weakness and vulnerability.

Why Are You Self Sabotaging Your Productivity? Have you ever agonized over your inability to get enough done? 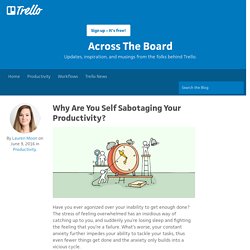 The stress of feeling overwhelmed has an insidious way of catching up to you, and suddenly you’re losing sleep and fighting the feeling that you’re a failure. What’s worse, your constant anxiety further impedes your ability to tackle your tasks, thus even fewer things get done and the anxiety only builds into a vicious cycle. The harsh truth is, you may be the thing that’s standing in the way. You are self-sabotaging yourself, and your productivity. But why would you do that? Why Are You Self Sabotaging? The concept of self sabotage, or self-handicapping, is a term used for those times when you perform an action that intentionally impedes your progress. A classic example of this is wasting an hour perusing Facebook when you are on deadline with a project for work.