An outgoing lass who loves camping and hiking. Interested in personal finance, practices and likes sharing about healthy lifestyle and proper nutrition.

Healthy living: 5 ways to jump-start your healthy morning routine. Healthy Living: Improve your brain with some help from science - Los Angeles Times. Creating a Competitive Advantage by Foregoing Venture Capital. In my previous post on how Backblaze got started, I mentioned that “just because we knew the right solution, didn’t mean that it was possible.” 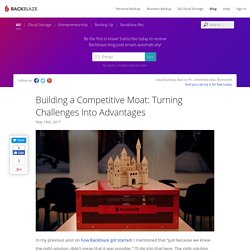 I’ll dig into that here. The right solution was to offer unlimited backup for $5 per month. The price of storage at the time, however, would have likely forced us to price our unlimited backup service at 2x – 5x that. We were faced with a difficult challenge – compromise a fundamental feature of our product by removing the unlimited storage element, increase our price point in order to cover our costs but likely limit our potential customer base, seek funding in order to run at a loss while we built market share with a hope/prayer we could make a profit in the future, or find another way (huge unknown that might not have a solution). 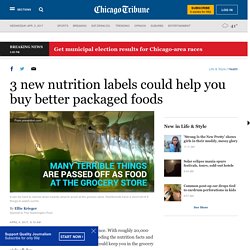 Personalizing Nutrition - Automating The Science of Metabolomics. “The woman who once marched up to the French chef Jean-Louis Paladin and told him a dish didn’t have enough salt can no longer taste the difference between a walnut and a pecan, or smell whether the mushrooms are burning. 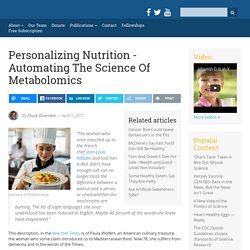 The list of eight languages she once understood has been reduced to English. Maybe 40 percent of the words she knew have evaporated.” The four most depressing reasons why Americans are not saving any money. Universal/Courtesy Everett Collection This year, Americans say they’re ready to make their savings accounts great again. 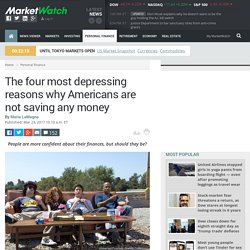 Whether they actually will is another story. About 21% of working Americans aren’t saving any of their income, which remains unchanged from the answer consumers gave the survey in 2016, a survey released this week by personal finance site Bankrate.com concluded. Ten nutrition mistakes even really healthy people make. Here’s why LA is closing off this hiking trail to the Hollywood sign.

Hikers will be turned away from the Beachwood Drive entrance of a trail that leads to a prime viewing spot for the Hollywood sign, as the result of a court ruling this week, city officials said Tuesday. 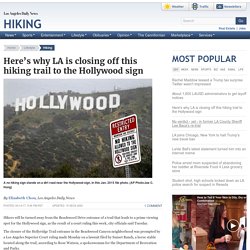 The closure of the Hollyridge Trail entrance in the Beachwood Canyon neighborhood was prompted by a Los Angeles Superior Court ruling made Monday on a lawsuit filed by Sunset Ranch, a horse stable located along the trail, according to Rose Watson, a spokeswoman for the Department of Recreation and Parks. Hikers will need to use other entrances, such as ones at Vermont Canyon and Canyon Road, to make their way up to the viewing point, Watson said. Your guide to hiking, camping and climbing at Crowders Mountain. Rising over 1,600’ in Gaston County sits a beautiful mountain offering plenty of outdoor activities. 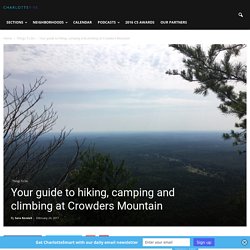 Hop on a hiking trail, fish or canoe on a scenic lake, and discover plenty of stunning vistas. For a more extreme adventure, go rock climbing or camping inside this state park. Whatever suits your interest, Crowders Mountain is worthy of your time spent among a beautiful piece of preserved land. Get your bearings Head to the Visitor Center to get the lay of the land. Park and Visitor Center Hours. Healthy living starts in school. Our dire state of health and well-being is well-documented. 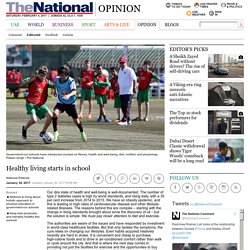 The number of type 2 diabetes cases is high by world standards, and rising daily, with a 35 per cent increase from 2014 to 2015. We have an obesity epidemic, and this is leading to high rates of cardiovascular disease and other lifestyle-related illnesses. The reasons behind this are complex – starting with the change in living standards brought about since the discovery of oil – but the solution is simple. We must pay closer attention to diet and exercise. The Ultimate Personal Finance Guide for 2017. Broke? Here are five tips to boost your finances. If saving were easy, we would all be millionaires. 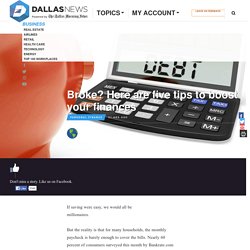 But the reality is that for many households, the monthly paycheck is barely enough to cover the bills. Nearly 60 percent of consumers surveyed this month by Bankrate.com said they didn't have enough cash to cover unexpected costs, such as a $500 auto repair bill. Understanding the Glycemic Index - Food & Nutrition Magazine - January-February 2017. Published: By Taylor Wolfram Photo: Thinkstock.com/OksanaKilian The term “glycemic index” may sound complicated, but it’s simply a measure of the rise in blood sugar after eating a food that contains carbohydrates. 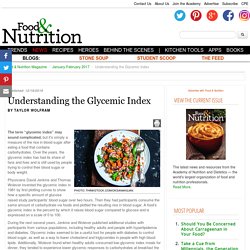 Over the years, the glycemic index has had its share of fans and foes and is still used by people trying to control their blood sugar or body weight. Physicians David Jenkins and Thomas Wolever invented the glycemic index in 1981 by first plotting curves to show how a specific amount of glucose raised study participants’ blood sugar over two hours. During the next several years, Jenkins and Wolever published additional studies with participants from various populations, including healthy adults and people with hyperlipidemia and diabetes. A main criticism of the glycemic index is that people usually consume a variety of foods in a single meal. More recently, studies have addressed glycemic index in a variety of populations with differing results.