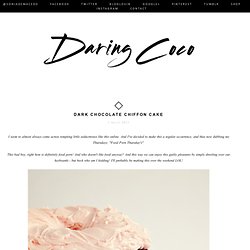 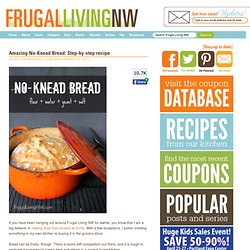 With a few exceptions, I prefer creating something in my own kitchen to buying it in the grocery store. Bread can be tricky, though. Pumpkin & Cheese Spice Bread. Would you rather eat a donut, muffin, or slice of bread if they were all baked (not fried) and made out of the same batter? 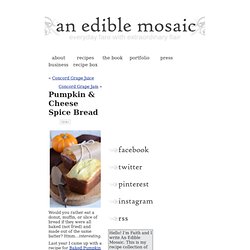 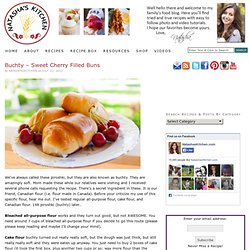 They are amazingly soft. Mom made these while our relatives were visiting and I received several phone calls requesting the recipe. There’s a secret ingredient in these. It is our friend, Canadian flour (i.e. flour made in Canada). Before your criticize my use of this specific flour, hear me out. Bleached all-purpose flour works and they turn out good, but not AWESOME. Cake flour buchty turned out really really soft, but the dough was just thick, but still really really soft and they were eaten up anyway. Berry Clafoutis.

Berry Clafoutis I give you clafoutis. 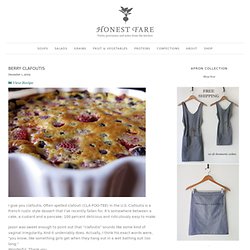 Often spelled clafouti (CLA-FOO-TEE) in the U.S. Clafoutis is a French rustic style dessert that I’ve recently fallen for. It’s somewhere between a cake, a custard and a pancake, 100 percent delicious and ridiculously easy to make. Jason was sweet enough to point out that “clafoutis” sounds like some kind of vaginal irregularity. Now try to focus on the pretty picture instead… Traditionally, clafoutis is made with whole cherries, but it’s also great with berries…especially when cherries aren’t in season.

Goodbye to Butternut Squash. Belltown is a neighborhood in Seattle where it once was not safe to go. 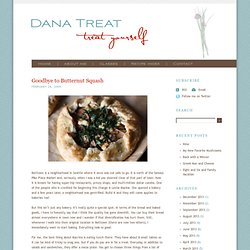 It is north of the famous Pike Place Market and, seriously, when I was a kid you steered clear of that part of town. Now it is known for having super-hip restaurants, pricey shops, and multi-million dollar condos. One of the people who is credited for beginning this change is Leslie Mackie. Blueberry Sour Cream Torte. I’m sort of embarrassed to say that I cooked absolutely nothing last week. 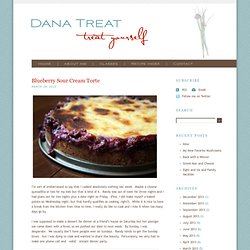 Maybe a cheese quesadilla or two for my kids but that is kind of it. Randy was out of town for three nights and I had plans out for two nights plus a date night on Friday. (Fine, I did make myself a baked potato on Wednesday night, but that hardly qualifies as cooking, right?). While it is nice to have a break from the kitchen from time to time, I really do like to cook and I miss it when too many days go by. I was supposed to make a dessert for dinner at a friend’s house on Saturday but her younger son came down with a fever, so we pushed our date to next week. The thing about having people over to our house is I can’t just make dinner. Sunday night is casual, so rather than flipping through the wrong baking books, I immediately turned to The Greyston Bakery Cookbook, home of that terrific Apple Torte. I had my doubts about this one. In a large bowl, combine the flour, sugar, almonds, baking powder, and salt. Big.

Randy has been involved in a big project at work. 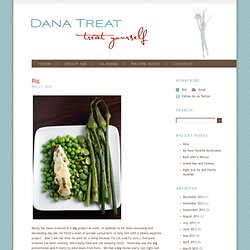 In addition to his time-consuming and demanding day job, he hired a team of outside consultants to help him with a totally separate project. A Sweet Spoonful. It has begun. 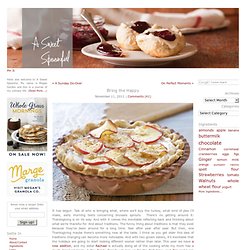 Talk of who is bringing what, where we’ll buy the turkey, what kind of pies I’ll make, early morning texts concerning brussels sprouts. There’s no getting around it: Thanksgiving is on its way. And with it comes the inevitable reflecting back and thinking about what we’re thankful for. Perfect Pumpkin Bread. Sometimes I have a moment when I am in line at a coffee shop. 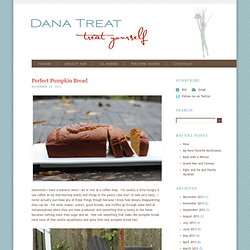 I’m usually a little hungry (I use coffee as my mid-morning snack) and things in the pastry case start to look very tasty. I never actually purchase any of those things though because I know how deeply disappointing they can be. For some reason, scones, quick breads, and muffins go through some kind of metamorphosis when they are mass produced, and something that is lovely in the home becomes nothing more than sugar and air. How can something that looks like pumpkin bread have none of that subtle squashiness and spice that real pumpkin bread has? The dreary days have just started here in Seattle.