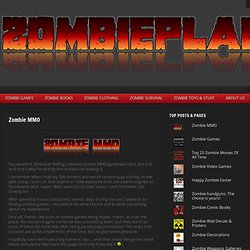 And that’s why I’m writing this and you’re reading it. I remember when I had my 56k modem and would randomly go surfing on the web, today I don’t do that anymore. I (like everyone else) use search engines to find exactly what I want. Well I want to cry now, ’cause I can’t find what I am looking for. After spending hours (today) and, overall, days during the last 2 years or so finding zombie games, I decided to list what I found and to write something about my experiences. First off, there’s like a ton of zombie games being made, I mean, all over the place. Hopefully soon we’ll have a big name or two… until then enjoy the games listed below and please like/share this page (but only if you like it Day Z Day Z is a mod for ARMA2: Combined Ops which takes place in Chernarus, a 225 km2 open world post-soviet state and one of the areas hit by a new and presently unknown infection. 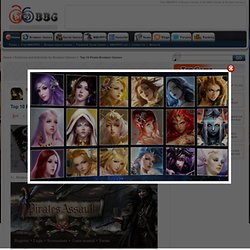 Pirates were once the most feared voyagers in the seven seas. In PiratesAssault you now have the opportunity to become a pirate. Decide whether you would like to become a noble and honorable swashbuckler or if you prefer to build a reputation as a merciless and cruel tyrant of the seas, attacking any and all opponents encountered during sea raids. Enter the exciting world of PiratesAssault, meaure your stength during duels with other pirates, go on sea raids, train your character, equip your ship and wage glorious sea battles, all in the search for glory, gold respect and fame!!

Play Now… 2，pirates1709 The Carribean of the 17th century: European nations founded settlements and forts all over the continent to exploit their new territories. Found your own settlement, produce goods, expand the fortifications and arm your “Grand Armada”, the fleet which is your weapon in the campaign against thousands of hostile players. Prison Block .:. FREE Prison RPG Game. Top 10 Mafia Browser Games. 1,Omerta Omerta is a text-based massive multiplayer RPG game, based on the stories about the legendary don Barafranca.. 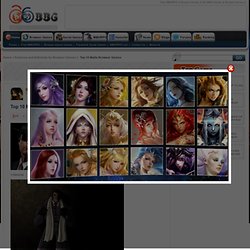 Set in the 1930′s gangster and mafia world, the game is all about status, money and respect. Players get rank points by doing crimes, stealing cars and busting friends out of jail. You can even run you’re own organised crime ring, robbing local banks and holding up cars on quiet roads. As you delve deeper into the dark gangster world, many players find other business opportunities, such as gambling clubs, reselling booze and even drug dealing. Play Now… 2, BGmafia You are a gangster in a criminal world. Play Now… MAFIA1930 – not just your ordinary family game Become the greatest Mofia Boss of all time in this exciting strategy game Play with and against thousands of other players Simply play online: without any downloads or installations Experience first-class gaming fun and compete for up to 10,000 GBP Play Now…