“Vegans and vegetarians think they don’t kill animals but they do” – PlayGround+ Ted Turner: In His Own Words – Mountain Outlaw. Com.twitter. Photo. 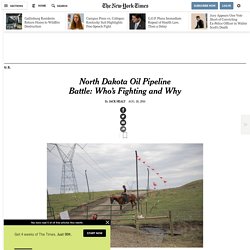 Judge Throws Out Charges Against Journalist Who Covered Dakota Access Pipeline. Amy Goodman Michael Nigro/ZUMA A North Dakota judge on Monday dismissed the criminal charges that had been filed against a journalist over her reporting on a controversial oil pipeline project. 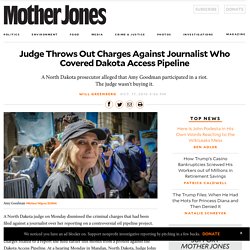 Amy Goodman, host and executive producer of Democracy Now, was facing riot charges related to a report she filed earlier this month from a protest against the Dakota Access Pipeline. Climate Change, Explained in One Simple Comic. Do you like nerdy web comics and climate change real talk? 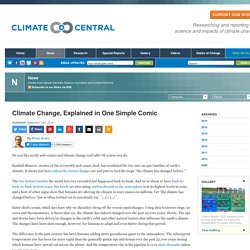 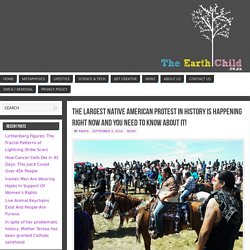 What’s going on? Well, the US Government is taking control of Native American lands and forcing them to allow oil developers to drill on their land and move oil via pipelines. Picher, Oklahoma. A view looking north along Connell Ave, which was the main business district, 2007. 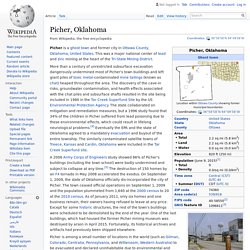 The Picher Water Tower stands in the background. The mining waste was located very near neighborhoods in the town, 2008 Picher is a ghost town and former city in Ottawa County, Oklahoma, United States. This was a major national center of lead and zinc mining at the heart of the Tri-State Mining District. A 2006 Army Corps of Engineers study showed 86% of Picher's buildings (including the town school) were badly undermined and subject to collapse at any time.[5] The destruction of 150 homes by an F4 tornado in May 2008 accelerated the exodus.

Cowspiracy: stampeding in the wrong direction. By focusing on veganism to the exclusion of all else, Cowspiracy implies that anyone who eats meat isn’t a ‘proper’ environmentalist. 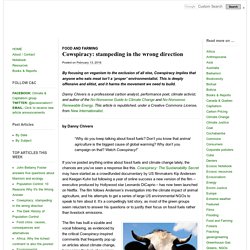 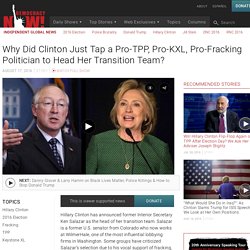 Arizona’s Rosemont Mine Threatens Only U.S. Jaguar. What happens when a Canadian mining company wants to dig a huge open-pit copper mine on U.S. public land, right where the only jaguar in the U.S. lives? 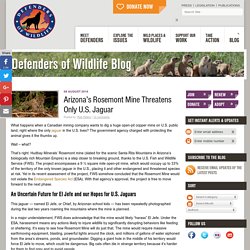 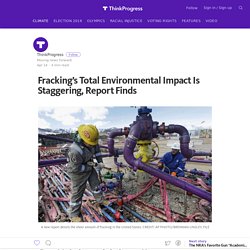 And affected communities are growing in number. A new report, released Thursday, details the sheer amount of water contamination, air pollution, climate impacts, and chemical use in fracking in the United States. Water In The Trees. Connecticut Continues To Suffer Massive Losses of Honeybees. Connecticut beekeepers reported losing nearly half of their honeybees during the summer and winter of 2015-16, according to a new report, a die-off rate even higher than the national average of 44 percent. 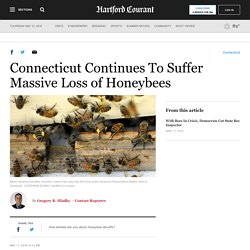 State and national experts call the continuing losses of honeybees — which are essential for pollinating crops humans depend on — a major concern and unsustainable in the long run. EDITORIAL: Transfer more federal land into local hands. At the intersection of the energy industry and environmentalism, of ranching and recreation, of economic development and preservation, is U.S. public land policy. No wonder the issue creates such sharp partisan divisions. But people on all sides of land use debates can agree on one thing: public land policy is broken. The problems with the state movement to take federal land. New report connects human health to biodiversity protection. During February, the 14th World Congress on Public Health in Kolkata, India, revealed a new “ground-breaking” report entitled, Connecting Global Priorities: Biodiversity and Human Health, which demonstrates human health benefits yielded from protecting Earth’s biodiversity.

It’s designed to be the new “flagship publication,” acting as a primary source of information that supports the upcoming 2015 development agenda and sustainable development goals of the United Nations. The report was developed by the Secretariat of the Convention on Biological Diversity (SCBD) and the World Health Organization (WHO). It features contributions from many partners and over 100 experts, including Biodiversity International, COHAB Initiative, EcoHealth Alliance, Harvard School of Public Health, United Nations University, Wildlife Conservation Society’s Health & Ecosystems and many more.