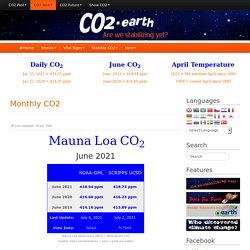 A graph showing the two records together is available at the bottom of the Scripps CO2 Program website. Earth is trapping ‘unprecedented’ amount of heat, Nasa says. The Earth is trapping nearly twice as much heat as it did in 2005, according to new research, described as an “unprecedented” increase amid the climate crisis. 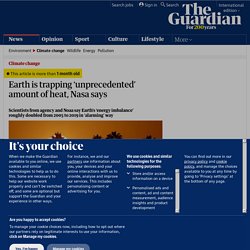 Scientists from Nasa, the US space agency, and the National Oceanic and Atmospheric Administration (Noaa), reported in a new study that Earth’s “energy imbalance approximately doubled” from 2005 to 2019. Understanding Carbon Dioxide Equivalence » Yale Climate Connections. Climate Levels Graph: A project of the 2 Degrees Institute. Climate Science Special Report. The Earth In Human Hands: Shaping Our Planet's Future. Why Not Start Today: Backyard Carbon Sequestration Is Something Nearly Everyone Can Do. Part one of a series about using regenerative gardening techniques to enhance carbon storage while improving soil health. 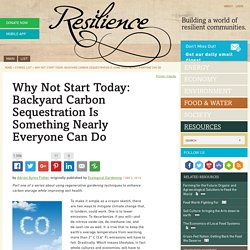 To make it simple as a crayon sketch, there are two ways to mitigate climate change that, in tandem, could work. One is to lower emissions. Why Not Start Today: Backyard Carbon Sequestration Is Something Nearly Everyone Can Do. ‘Unprecedented’: Scientists declare ‘global climate emergency’ after jet stream crosses equator. Climate scientists this week expressed alarm after “unprecedented” data showed the Northern Hemisphere Jet Stream crossing the Equator. 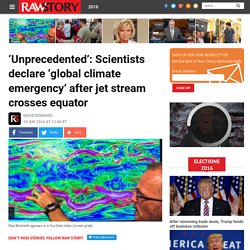 In a column on Tuesday, environmental blogger Robert Scribbler noted that the Northern Hemisphere Jet Stream had merged with the Southern Hemisphere Jet Stream. “It’s the very picture of weather weirding due to climate change. Something that would absolutely not happen in a normal world,” he wrote. World's Oceans Could Rise Higher, Sooner, Faster Than Most Thought Possible. If a new scientific paper is proven accurate, the international target of limiting global temperatures to a 2°C rise this century will not be nearly enough to prevent catastrophic melting of ice sheets that would raise sea levels much higher and much faster than previously thought possible. 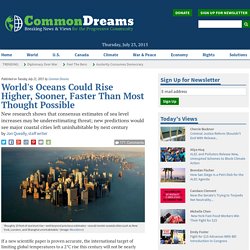 "Parts of [our coastal cities] would still be sticking above the water, but you couldn't live there. " —Dr. James HansenAccording to the new study—which has not yet been peer-reviewed, but was written by former NASA scientist James Hansen and 16 other prominent climate researchers—current predictions about the catastrophic impacts of global warming, the melting of vast ice sheets, and sea level rise do not take into account the feedback loop implications of what will occur if large sections of Greenland and the Antarctic are consumed by the world's oceans.

NASA Confirms A 2,500-Square-Mile Cloud Of Methane Floating Over US Southwest. The Earth’s Next 100 Years, Visualized. How Science Is Telling Us All To Revolt. Waste land: large-scale irrigation strips nutrients from the soil, scars the landscape and could alter climactic conditions beyond repair. 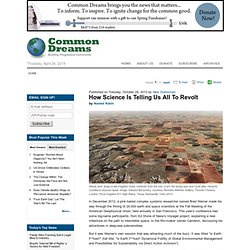 By Joshua Headley, Deep Green Resistance New York If you’ve been a sentient being for the last few months, you’ve probably been watching some of the most curious weather events happening throughout the world. 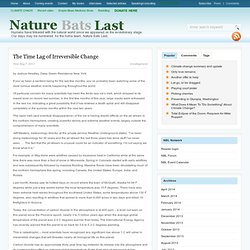 Linking Weird Weather to Rapid Warming of the Arctic by Jennifer Francis. 05 Mar 2012: Analysis by jennifer francis Does it seem as though your weather has become increasingly “stuck” lately? 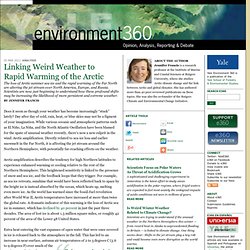 Day after day of cold, rain, heat, or blue skies may not be a figment of your imagination. Organic mega flow battery promises breakthrough for renewable energy. A team of Harvard scientists and engineers has demonstrated a new type of battery that could fundamentally transform the way electricity is stored on the grid, making power from renewable energy sources such as wind and solar far more economical and reliable. 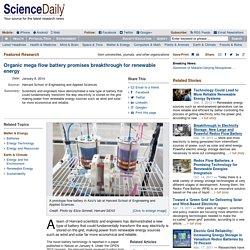 The novel battery technology is reported in a paper published in Nature on January 9. Under the OPEN 2012 program, the Harvard team received funding from the U.S. Department of Energy's Advanced Research Projects Agency-Energy (ARPA-E) to develop the innovative grid-scale battery and plans to work with ARPA-E to catalyze further technological and market breakthroughs over the next several years. Global Warming changes the Jet Stream, cause of more Extreme Weather. Global warming over the last 16 years. Why a two degree Celsius increase in the global average temperature is a big deal – elizabethmaymp.ca – January 24, 2013. The International Energy Agency is warning that shooting past two degrees Celsius average global temperature will have “dire consequences.” 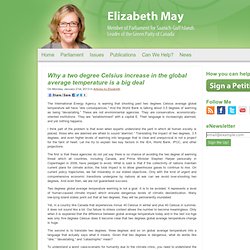