Ex Program Director At National Cancer Institute Calls Out The “Medical Establishment” & Their “Agenda” The Facts:A paper published in 2016 by Mahin Khatami, a former program director at the National Cancer Institute (NCI) and National Institutes of Health (NIH), claims that modern day medicine is full of corruption and not focused on health, but rather profit.Reflect On:The politicization of medicine and the corporate takeover of governments has plagued multiple countries for a long time. 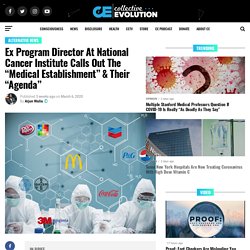 This is now being expressed in peer-reviewed literature by those within the field. A number of prominent doctors and scientists have shared their criticisms in peer-reviewed publications for quite some time. The True History of Chemotherapy & The Pharmaceutical Monopoly. The True History of Chemotherapy & The Pharmaceutical Monopoly. Goldman Sachs Says Curing Diseases May Not Be Economically Viable. A leaked report has stated what many in the health industry have whispered privately; there is a lot less money in curing people than in long-term management of disease. 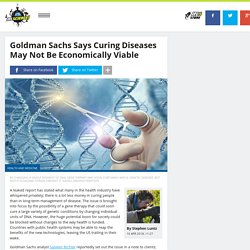 The issue is brought into focus by the possibility of a gene therapy that could soon cure a large variety of genetic conditions by changing individual units of DNA. However, the huge potential boon for society could be blocked without changes to the way health is funded. Countries with public health systems may be able to reap the benefits of the new technologies, leaving the US trailing in their wake. 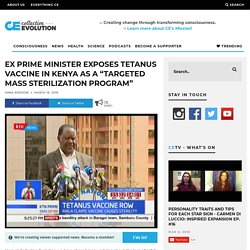 Become a member! The Violence-Inducing Effects of Psychiatric Medication. This article is posted with permission from our friends at Greenmedinfo.com. 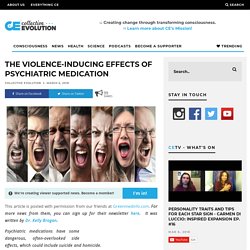 For more news from them, you can sign up for their newsletter here. It was written by Dr. Kelly Brogan. Psychiatric medications have some dangerous, often-overlooked side effects, which could include suicide and homicide. On May 17, 2017, we learned that Chris Cornell of Soundgarden had reportedly committed suicide by hanging. The HPV Vaccine Debacle: Suppressing Inconvenient Evidence. We're creating viewer supported news. 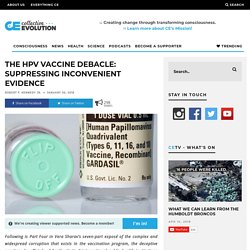 Become a member! FDA Attacks CBD Supplements to Protect Big Pharma’s Profits. Big Pharma is working overtime to restrict consumer access to cannabidiol, or CBD, a non-psychoactive component of cannabis sativa (marijuana) that has been shown to help relieve pain, muscle spasms, and other ailments. 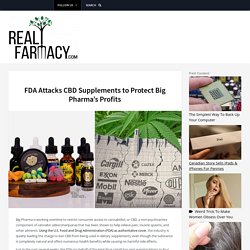 Using the U.S. Food and Drug Administration (FDA) as authoritative cover, the industry is quietly leading the charge to ban CBD from being used in dietary supplements, even though the substance is completely natural and offers numerous health benefits while causing no harmful side effects. Just in the past several weeks, the FDA (on behalf of the legal drug cartel) has sent warning letters to four separate companies that currently sell dietary supplements containing CBD. 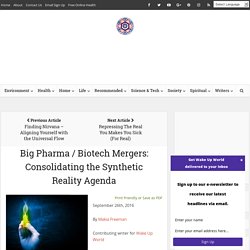 Bill Gates Illegally Tested Cancer Vaccine on 30,000 Indian Children! Bill Gates is currently being investigated by the Supreme Court of India after it was discovered that his vaccine program, pushed by the Bill and Melinda Gates Foundation, has been illegally testing a cancer vaccine on poor tribal girls, which has resulted in devastating health effects for the children that were tested on. 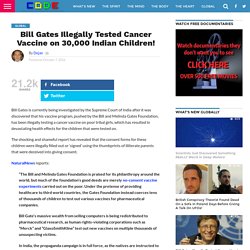 The shocking and shameful report has revealed that the consent forms for these children were illegally filled out or ‘signed’ using the thumbprints of illiterate parents that were deceived into giving consent. NaturalNews reports: “The Bill and Melinda Gates Foundation is praised for its philanthropy around the world, but much of the foundation’s good deeds are merely no-consent vaccine experiments carried out on the poor. Under the pretense of providing healthcare to third world countries, the Gates Foundation instead coerces tens of thousands of children to test out various vaccines for pharmaceutical companies. 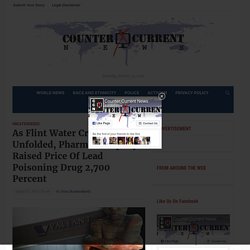 If that weren’t enough, those who suffer the worst from lead poisoning find themselves the victim of shameless corporate greed. As the Flint water crisis unfolded and we began finding out that lead-tainted water is a problem in cities across the country, one notorious pharmaceutical company saw a chance to cash in. Svenska läkare får miljoner av läkemedelsföretag. 800 miljoner kronor rullade ut från läkemedelsindustrin förra året till sponsring, forskning och till sjukvårdspersonal. 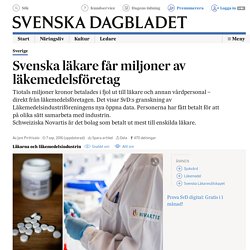