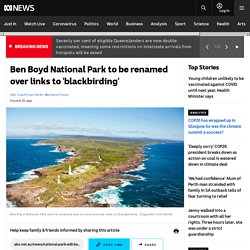 Ben Boyd National Park, south of Eden, is named after a Scottish colonialist from the 19th century, Benjamin Boyd. Key points: The Ben Boyd National park on the NSW far south coast will be renamedThe park will be renamed in the language of traditional custodiansCommunity consultation will soon take place to find a new name. Ethiopian refugee Ahmed Omer came to Hobart with very little English — now he's captain of his school. When Ahmed Omer started at Cosgrove High School in Hobart's northern suburbs, he knew very little English. 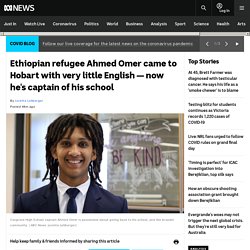 The 16-year-old said he initially experienced some racist comments and "dirty looks" from other students. "Students didn't really understand where I came from and what was my story," he said. But three years later, he is school captain, helping to stamp out racism and passionate about sharing his story. Ahmed says he starts each day early with prayers and his faith is something that inspires him to help others. Atong Atem explores the history of African migration to Australia in Banksia, at Adelaide's Illuminate festival. In 2019, when Melbourne-based South Sudanese artist Atong Atem was invited to exhibit her striking portrait photographs at the Immigration Museum in Melbourne, little did she know she was about to embark on a very personal journey of discovery. 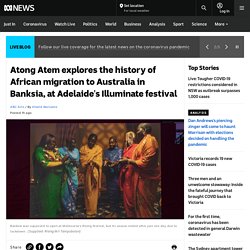 The Flinders Street building, formerly the city's Customs House, has been a site of encounter between Australia and the wider world from the mid-19th century until now. This is what moving to regional Australia is like when you're a migrant. Posted about 3 hours agoMon 16 Mar 2020, 9:01pm "Life was not easy for us in Pakistan," Rahila says simply. 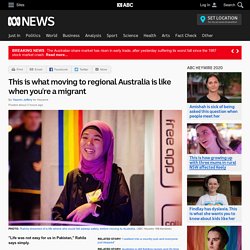 The 19-year-old Afghan has never been to the country her parents and sister were born and raised in and called home for decades until it became too unstable. The veterans authorities don't know about because they 'just fell through the cracks' Migrant workers are the worst paid and 'unlikely to complain about stolen wages' - ABC Rural - ABC News. Migrant workers in agriculture are among the worst paid in the country and most are suffering in silence, according to new research that polled 4,300 temporary migrant workers. 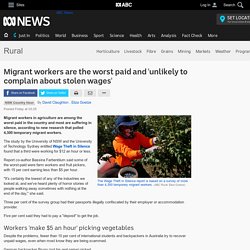 The study by the University of NSW and the University of Technology Sydney entitled Wage Theft in Silence found that a third were working for $12 an hour or less. Report co-author Bassina Farbenblum said some of the worst-paid were farm workers and fruit pickers, with 15 per cent earning less than $5 per hour. "It's certainly the lowest of any of the industries we looked at, and we've heard plenty of horror stories of people walking away sometimes with nothing at the end of the day," she said.

Three per cent of the survey group had their passports illegally confiscated by their employer or accommodation provider. Five per cent said they had to pay a "deposit" to get the job. 'Do I feel Aussie?': What it means to be a third culture kid - RN. Updated Sat at 3:32amSat 8 Sep 2018, 3:32am Growing up in country New South Wales, Zoya Patel was asked one question on a regular basis: "Where are you from? 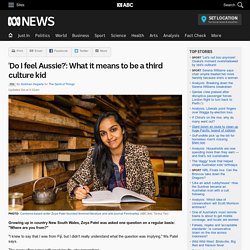 " Nigerian family find their home in Orange as Federal Government looks at regional migration scheme. By Stephanie Gardiner and Micaela Hambrett Posted about 5 hours agoSun 2 Sep 2018, 3:55am After spending a year organising a visa, then taking a long flight from Nigeria, Ola Tawose was awestruck when he finally flew into Sydney. 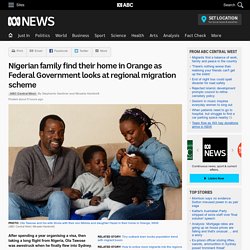 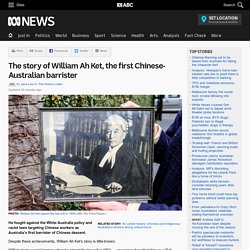 Despite these achievements, William Ah Ket's story is little-known. William broke social barriers when he signed the bar roll in 1904 — one paper described him as a "full-blooded, clever young Chinese" — and built a reputation as a skilled barrister. That in itself was an "impressive feat", says Reynah Tang, the founding president of the Asian-Australian Lawyers' Association.

"If you think about someone who's a first-generation Australian … trying to break into a white, Anglo-Saxon dominated legal profession, it would've taken a fair bit of work to build up his reputation, get to be known and respected," he says. 'There's a generation kicking back': Hip-hop show explores racism and growing up Asian-Australian. Updated They both love hip-hop, they are both storytellers, and musicians Joel Ma and James Mangohig both say they get weird reactions when people find out it is their dads who are not white. 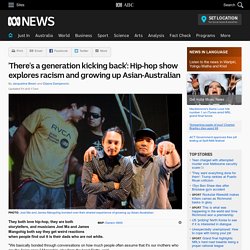 "We basically bonded through conversations on how much people often assume that it's our mothers who are the Asian ones," Mangohig, also from the band Sietta, said. "And possibly a mail order bride," Ma, from music group Joelistics, added. Australians 'just starting to wake up' to historical South Sea Islander slavery: Jeff McMullen. By Will Higginbotham Posted Veteran journalist and human rights advocate Jeff McMullen says many Australians do not know the parts of our history in which we had "conditions akin to slavery". 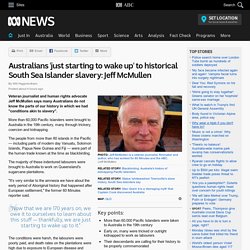 Key points: More than 60,000 Pacific Islanders were taken to Australia in the 19th centuryEarly on, many were tricked or outright kidnapped to work as labourersTheir descendants are calling for their history to be properly commemorated. Blackbirding: Australia's history of luring, tricking and kidnapping Pacific Islanders. By Will Higginbotham Updated Recent debate in the United States over the legacy of slavery has reignited discussions about Australia's own dark past. UN refugee agency appeals for a sense of perspective. Canberra, 22 April 2014 (UNHCR): I arrived in Australia as a refugee with my sister in August 2009 after fleeing the Democratic Republic of Congo. I was fourteen years old at the time. Since arriving in Australia I have been grateful for the gifts and opportunities this country has given me.

I have learnt the language, become the first qualified African lifesaver in Australia, and received the Medal of Pride of Australia in 2013. I am interested in using my experiences as a refugee to help .... CANBERRA, 14 April (UNHCR), As conflicts in Syria, Central African Republic and South Sudan continue to rage, and the scale of the global refugee crisis escalates, the 1951 Convention relating to the Status of Refugees is as relevant now as it was 60 years ago.

Syria: An agreement with the Syrian Government and the opposition allows UNHCR and the Syrian Arab Red Crescent to deliver humanitarian assistance to the besieged city of Aleppo. BEIRUT /GENEVA, 3 April. GENEVA: 28 March 2014.

Ironically, even the 500,000 Palestinians in South Lebanon refugee camps have opened their tents to the Syrian families. You've been misled on boat people: Julian Burnside. How to break the people smugglers’ real business model. 130719_GlobalStats. FactCheck Q&A: how hard would it be to defeat the PNG asylum-seeker deal through the courts? “The difficulty for asylum seekers now [to legally challenge the Papua New Guinea asylum seeker deal] is that the Migration Act… provides much broader discretion for the minister.” - Dr Michelle Foster, Melbourne Law School, Q&A, 22 July. Refugee intake starts in the region: making a difference in regional burden sharing. One of the debates that has escaped scrutiny since Prime Minister Julia Gillard announced the Expert Panel on Asylum Seekers last month is what our annual refugee intake should actually look like.

What would a truly regional asylum arrangement look like? The recently-signed deal between Australia and Papua New Guinea on refugees is being promoted by the Australian government as a “regional settlement arrangement”. Spies, Zionist agents and the 'PNG solution': Australia through Indonesian eyes. Australian prime minister Kevin Rudd’s so-called “PNG solution” to the asylum seeker issue has attracted much comment from within both Australia and Papua New Guinea.