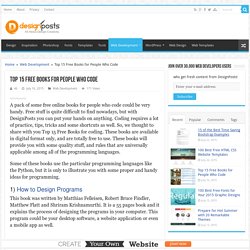 Free stuff is quite difficult to find nowadays, but with DesignPosts you can put your hands on anything. Coding requires a lot of practice, tips, tricks and some shortcuts as well. So, we thought to share with you Top 15 Free Books for coding. These books are available in digital format only, and are totally free to use. These books will provide you with some quality stuff, and rules that are universally applicable among all of the programming languages.

Some of these books use the particular programming languages like the Python, but it is only to illustrate you with some proper and handy ideas for programming. 1) How to Design Programs This book was written by Matthias Felleisen, Robert Bruce Findler, Matthew Flatt and Shriram Krishnamurthi. 2) 97 Things Every Programmer Should Know This book was written by multiple authors and is a 98 pages detailed book. 3) Foundations of Computer Science 5) The Codeless Code. Ascii art - Do you want to code a snowman? Base convert all the things! 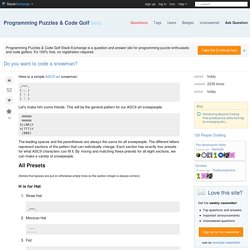 Quincy Larson was just a "guy in a suit in an office" and decided he wanted to learn how to code. 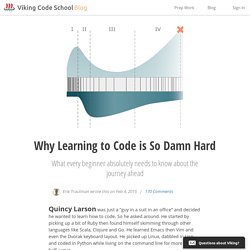 So he asked around. He started by picking up a bit of Ruby then found himself skimming through other languages like Scala, Clojure and Go. He learned Emacs then Vim and even the Dvorak keyboard layout. He picked up Linux, dabbled in Lisp and coded in Python while living on the command line for more than half a year. Like a leaf in a tornado, the advice Quincy received jerked him first one way and then another and then another until he'd finally taken "every online course program imaginable". ... was convinced that the seemingly normal programmers I ran into were actually sociopaths who had experienced, then repressed, the trauma of learning to code. Ouch. Phase I: The Hand-Holding Honeymoon It's really hard to blame anyone for coming into the programming industry with outrageous expectations. Suddenly the problem isn't fear, it's an overabundance of hopes and high expectations. Be careful! Learn python in Y Minutes.

Python was created by Guido Van Rossum in the early 90s. 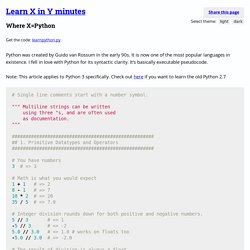 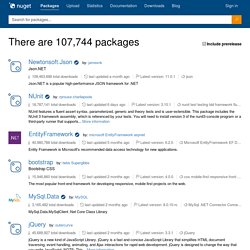