In a crowded area, if an emergency were to happen, will you step forward to help or you will not help because you feel that at least one person around you will offer help?

Evaluation apprehension. Pluralistic ignorance. How to Overcome the Bystander Effect. Psychologists have long been interested in exactly why and when we help other people.

There has also been a tremendous amount of interest in the reasons why we sometimes don't help others. The bystander effect is a social phenomenon that occurs when people fail to help those in need due to the presence of other people. In many cases, people feel that since there are other people around, surely someone else will leap into action.1 While the bystander effect can have a negative impact on prosocial behavior, altruism and heroism, researchers have identified a number of different factors that can help people overcome this tendency and increase the likelihood that they will engage in helping behaviors.2 Some of these include: Witnessing Helping Behavior Sometimes just seeing other people doing something kind or helpful makes us more willing to help others. Imagine that you are walking into a large department store. Being Observant Being Skilled and Knowledgeable Guilt Feeling Good. Bystander Effect: If You Need Help, You'd Better Ask For It. 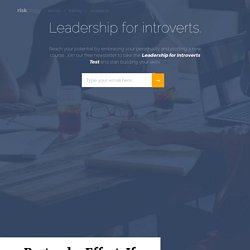 You’re out hiking in the wilderness—all alone and miles from civilization. You turn a corner on the trail and come upon a young man in torn clothes, looking disheveled and a little incoherent. You’re on your way to your campsite, but he clearly needs help. As you approach, he explains he broke his leg, he’s been in the woods for days, and that he’d appreciate it if you could carry him, even just a few meters, to help him get back to the trailhead. What do you do? If you’re a half-decent person, I can guess you chose the first option: to stop and help. So, not only do you help, you probably cancel your plans and help carry the guy all the way back. 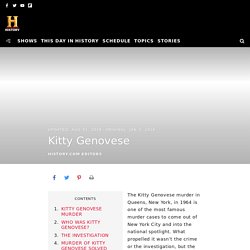 What propelled it wasn’t the crime or the investigation, but the press coverage that alleged the murder had many witnesses who refused to come to the Kitty Genovese’s defense. This has been disproved over time, but not before it became part of the accepted lore of the crime. Kitty Genovese was returning from work home at around 2:30 a.m. on March 13, 1964, when she was approached by a man with a knife.

Genovese ran toward her apartment building front door, and the man grabbed her and stabbed her while she screamed. A neighbor, Robert Mozer, yelled out his window, “Let that girl alone!” Genovese, seriously injured, crawled to the rear of her apartment building, out of the view of any possible witnesses. She was found by neighbor Sophia Farrar, who screamed for someone to call the police. Kitty Genovese. Kitty Genovese. The Bystander Effect in Sexual Assault Cases - AIF.

On March 13, 1964 in Queens, New York, Catherine Genovese was entering her apartment when she was stabbed twice by a man. 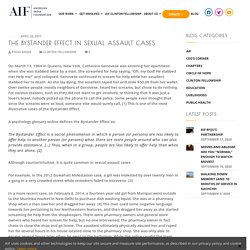 She screamed for help saying, “Oh, my God! He stabbed me! Help me!” And collapsed. Genovese continued to scream for help while her assailant stabbed her to death. A psychology glossary online defines the Bystander Effect as: The Bystander Effect is a social phenomenon in which a person (or persons) are less likely to offer help to another person (or persons) when there are more people around who can also provide assistance. […] Thus, when in a group, people are less likely to offer help than when they are alone. [2] Although counterintuitive, it is quite common in sexual assault cases. For example, in the 2012 Guwahati Molestation case, a girl was molested by over twenty men in a gang in a very crowded street while onlookers failed to intervene. [3] It is debatable whether bystanders should be held accountable for the actions of others. References: