The Bystander Effect - You Can Break the Cycle 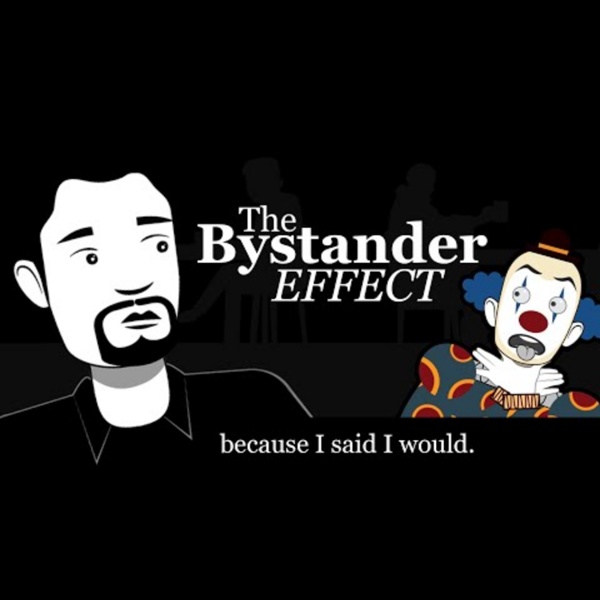 TODAYonline I refer to the news reports of the fatal traffic accident on Sunday (Dec 29) at Lucky Plaza. I applaud the Good Samaritans who unselfishly helped to lift up the car, pulled the victims out and attended to them. These are acts of true heroism. They encourage us to lend help to accident victims when needed and show that there are still compassionate people who don’t respond to accidents by whipping out their phones first to take videos and photos to circulate to their friends. Example: George Floyd's Death - Police violence and the ‘bystander effect’ explained Since George Floyd died after police officer Derek Chauvin knelt on his neck for almost nine minutes on May 25, demonstrators across the country have gathered to protest police actions against African Americans. While most of the protests were calm, in several cities police officers have used force against demonstrators and journalists under the justification of crowd control. The sight of officers in riot gear beating marchers, firing rubber bullets and chemical- or pepper-based irritants, and shoving activists has reignited questions about accepted practices in the nation’s law enforcement community. Francesca Gino, Tandon Family Professor of Business Administration at Harvard Business School, studies leadership, the psychology of decision-making, and organizational behavior. She has written about how an organization can develop a culture that can turn harmful to its own people, to the success of its mission, and to its own reputation. This is not a story in isolation.

(3c) How to counteract the bystander effect? Psychologists have long been interested in exactly why and when we help other people. There has also been a tremendous amount of interest in the reasons why we sometimes don't help others. The bystander effect is a social phenomenon that occurs when people fail to help those in need due to the presence of other people. In many cases, people feel that since there are other people around, surely someone else will leap into action.1 While the bystander effect can have a negative impact on prosocial behavior, altruism and heroism, researchers have identified a number of different factors that can help people overcome this tendency and increase the likelihood that they will engage in helping behaviors.2 Some of these include:

Reducing the Bystander Effect As discussed, there are a number of factors that magnify the Bystander Effect. Fortunately, there are also a number of factors that weaken it. Once again, factors can be divided into characteristics of the situation, and of the people. Situational characteristics Dangers of the incident Toddler incident in China shows 'volunteer's dilemma' A security camera video of a toddler being run over twice on a street in China has swept across the Web in recent days and has drawn a chorus of horrified denunciations. How, we wonder, could so many passers-by have so callously ignored the girl's plight? As humans, we are horrified when we learn that a person in distress is not helped, even when, as in this case, many potential helpers are present.

Singapore bystander CPR rate 'extremely low', Health News SINGAPORE - Wedneday's report ("Motorcyclist, 38, dies in Braddell Road accident") about a 19-year-old student who performed cardiopulmonary resuscitation (CPR) on a road accident victim clearly demonstrates that people are prepared to help others in need and try to save lives. The student's actions should be highly commended. Providing bystander first aid in the form of CPR, using an automated external defibrillator (AED) and trying to stem external bleeding are all forms of positive action meant to save lives. These may not always result in lives saved, but people in cardiac arrest who get prompt bystander CPR are two to three times more likely to survive than those who do not receive such help. Learning CPR gives us that vital basic skill to help us save lives. The bystander CPR rate in Singapore is extremely low at about 20 per cent.

(4a) Case study on Zhumadian article Horrifying footage has emerged online showing a woman being hit by a taxi and left lying in the middle of a crossroad for more than two minutes - and is then run over a second time. Over 20 onlookers ignored the wounded pedestrian as they walked past her before an SUV ran her over for a second time, according to Daily Mail. She was killed after the second accident, said the police. A video of the incident was uploaded by web user Yuan Qicong on Weibo, a Chinese social media platform, on June 7. 10 Notorious Cases of the Bystander Effect The bystander effect is the somewhat controversial name given to a social psychological phenomenon in cases where individuals do not offer help in an emergency situation when other people are present. The probability of help has in the past been thought to be inversely proportional to the number of bystanders. In other words, the greater the number of bystanders, the less likely it is that any one of them will help.

How to be kinder to strangers in Singapore, Opinion News The Charities Aid Foundation recently released the World Giving Index 2017, which provides insight into the scope and nature of giving around the world. Based on data collected from the Gallup World Poll, the index, which polled 1,000 individuals in each representative country, revealed two surprising facts. Myanmar, Indonesia and Kenya turned out to be among the most charitable countries, even though they have a huge number of their populations living below the poverty line. Being poor does not stop one from being generous. Wealthy countries such as the United States, Canada, New Zealand, Australia and the United Arab Emirates also feature in the top 10. Myanmar, the top country for four years in a row, has a poor human rights record, in part because of its treatment of the Rohingya Muslims.

'Bystander Effect' not exclusive to humans A rat is less likely to help a trapped companion if it is with other rats that aren't helping, according to new research from the University of Chicago that showed the social psychological theory of the "bystander effect" in humans is present in these long-tailed rodents. The study, titled "The Bystander Effect in Rats," also demonstrated that in the presence of other potential helper rats, rats are more, rather than less, likely to help. Whether helping is facilitated or suppressed depends on the circumstances rather than on personal temperament or morals, a finding with implications for human society. The research, published in the July 8 issue of Science Advances, builds off previous research on rat empathy. In 2011, Peggy Mason, PhD, professor of neurobiology and senior author of the study, and her UChicago team of researchers found that rats consistently freed trapped companions, even saving a bit of chocolate for them, and this behavior was driven by a rat version of empathy.

(5) Case study 2 : Kitty Genovese and bystander effect The Kitty Genovese murder in Queens, New York, in 1964 is one of the most famous murder cases to come out of New York City and into the national spotlight. What propelled it wasn’t the crime or the investigation, but the press coverage that alleged the murder had many witnesses who refused to come to the Kitty Genovese’s defense. This has been disproved over time, but not before it became part of the accepted lore of the crime. Kitty Genovese was returning from work home at around 2:30 a.m. on March 13, 1964, when she was approached by a man with a knife.