What is 'blobology' and how is it transforming biology? Image copyright UCSF CHIMERA/SCIENCE PHOTO LIBRARY Spectacularly detailed videos from an advanced microscope are sparking a biology "revolution", scientists say. 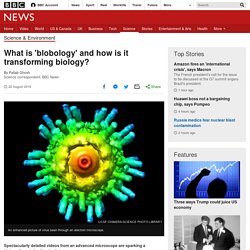 In Scientific Writing Mind the Arrows. “The most successful scientist thinks like a poet … and works like a bookkeeper.”E.O. 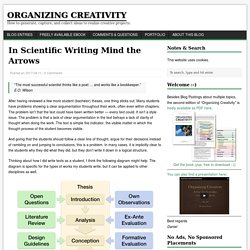 Wilson After having reviewed a few more student (bachelor) theses, one thing sticks out: Many students have problems showing a clear argumentation throughout their work, often even within chapters. The problem isn’t that the text could have been written better — every text could. It isn’t a style issue. The problem is that a lack of clear argumentation in the text betrays a lack of clarity of thought when doing the work. Active Participation of Women Essential to the Global Energy Transformation. By 2050, IRENA projects that there will be around 40 million jobs directly related to renewable energy and energy efficiency worldwide, a more than four-fold increase from today. 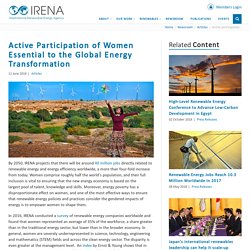 Women comprise roughly half the world’s population, and their full inclusion is vital to ensuring that the new energy economy is based on the largest pool of talent, knowledge and skills. Moreover, energy poverty has a disproportionate effect on women, and one of the most effective ways to ensure that renewable energy policies and practices consider the gendered impacts of energy is to empower women to shape them. In 2016, IRENA conducted a survey of renewable energy companies worldwide and found that women represented an average of 35% of the workforce, a share greater than in the traditional energy sector, but lower than in the broader economy.

In general, women are severely underrepresented in science, technology, engineering and mathematics (STEM) fields and across the clean energy sector. How Japan's Shinkansen bullet trains changed the world of rail travel. This warehouse is one of the most sustainable industrial buildings in the world. With its futuristic curved design and daylight-infused interior it doesn’t look like a typical warehouse. 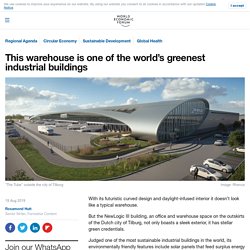 But the NewLogic III building, an office and warehouse space on the outskirts of the Dutch city of Tilburg, not only boasts a sleek exterior, it has stellar green credentials. Judged one of the most sustainable industrial buildings in the world, its environmentally friendly features include solar panels that feed surplus energy into the grid, and toilets that flush with rainwater collected from the roof. French start-up launches solar engine. The invention converts the energy produced by PV cells directly into mechanical motion without the need for batteries or power electronics. 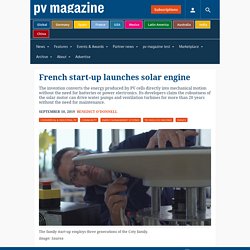 Its developers claim the robustness of the solar motor can drive water pumps and ventilation turbines for more than 20 years without the need for maintenance. September 10, 2019Benedict O'Donnell From pv magazine France. Auxerre-based start-up Saurea has unveiled an electric motor technology that converts solar energy directly into mechanical rotation. The company’s first product provides rotary motion able to draw water for agricultural irrigation and to supply fresh air to ventilate buildings.

To Store Renewable Energy, Try Freezing Air. Great Pacific Garbage Patch: giant plastic trap put to sea again. A floating device designed to catch plastic waste has been redeployed in a second attempt to clean up a huge island of garbage swirling in the Pacific Ocean between California and Hawaii. 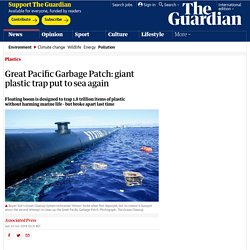 Boyan Slat, creator of the Ocean Cleanup project, announced on Twitter that a 600-metre (2,000ft) long floating boom that broke apart late last year was sent back to the Great Pacific Garbage Patch this week after four months of repair. A ship towed the U-shaped barrier from San Francisco to the patch in September to trap the plastic. Crash Course Kids - Life Science: Ecosystems and Flow of Energy. Scientists identify vast underground ecosystem containing billions of micro-o... Observing the cell in its native state: Imaging subcellular dynamics in multicellular organisms. Continuing the resolution revolution The living cell contains dynamic, spatially complex subassemblies that are sensitive to external perturbations. 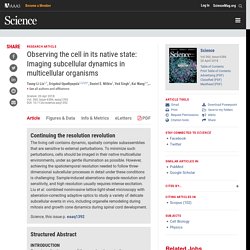 To minimize such perturbations, cells should be imaged in their native multicellular environments, under as gentle illumination as possible. However, achieving the spatiotemporal resolution needed to follow three-dimensional subcellular processes in detail under these conditions is challenging: Sample-induced aberrations degrade resolution and sensitivity, and high resolution usually requires intense excitation. Liu et al. combined noninvasive lattice light-sheet microscopy with aberration-correcting adaptive optics to study a variety of delicate subcellular events in vivo, including organelle remodeling during mitosis and growth cone dynamics during spinal cord development. 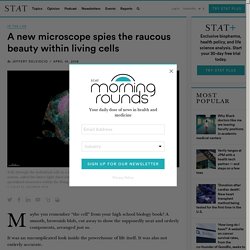 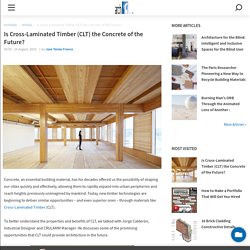 Concrete, an essential building material, has for decades offered us the possibility of shaping our cities quickly and effectively, allowing them to rapidly expand into urban peripheries and reach heights previously unimagined by mankind. Today, new timber technologies are beginning to deliver similar opportunities – and even superior ones – through materials like Cross-Laminated Timber (CLT).