How to Have a British Christmas - Anglophenia Ep 20 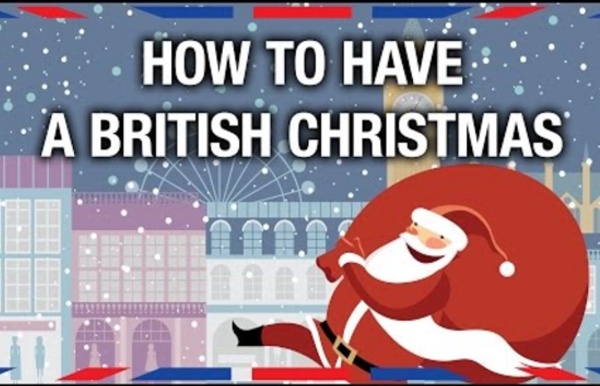 The Top Ten Best New Year’s Resolutions for Teenagers For many people, a new year feels full of hope and possibility, which is probably why so many of us feel the desire to improve ourselves as the year begins. If your teen is having that urge, Middle Earth is offering our “top ten list” for the best New Year’s Resolutions for youth. Give this list to your teen and let them choose one to focus on: 1. Learn Something New Trying something new is one of the best ways to develop ourselves. 50 holiday activities for Teaching English We have loads of holiday related materials. Get a start on our Christmas page or in our resources. Also some nice full lessons in our Lessons In A Can or purchase hundreds of resources for the holidays in our store. Also you can subscribe to Digital Resources for one lifetime fee to get hundreds of thousands of lesson materials/ideas.

Audi Holiday Campaign - one film, two techniques Finally, something for car lovers and groups consisting of boys mostly. I happen to have a few of them so I found it tempting to use this video during my Christmas lesson. This time we are not going to talk about 'ohs and ahs' of X-mas time. Quite on the contrary, we are going to talk about the things we dislike.

ENGLAND 1. Read the text about England and answer the questions below with TRUE or FALSE: England is a country that is part of the United Kingdom. It shares land borders with Scotland to the north and Wales to the west; the Irish Sea is to the north west, the Celtic Sea to the south west and the North Sea to the east, with the English Channel to the south separating it from continental Europe. The mainland of England consists of the central and southern part of the island of Great Britain in the North Atlantic, but England also includes over 100 smaller islands such as the Isles of Scilly and the Isle of Wight.

Scottish Poetry Library When I am an old woman I shall wear purple With a red hat which doesn’t go, and doesn’t suit me. And I shall spend my pension on brandy and summer gloves And satin sandals, and say we’ve no money for butter. I shall sit down on the pavement when I’m tired And gobble up samples in shops and press alarm bells And run my stick along the public railings And make up for the sobriety of my youth. I shall go out in my slippers in the rain And pick flowers in other people’s gardens And learn to spit. Christmas Videos - Free Online Videos for Kids Alfred Molina shares A Visit from St. Nicholas. There's no party like a Reindeer Party with the Imagination Movers! Let it flow! How to develop students' imagination? Silent movies. Today is the last day of our Christmas film marathon. In just a few days I showed you 5 films that could be used as a warm up, filler or closer during the lesson. Some of them carried deeper emotions and could be developed into a whole lesson plan. No matter which option you have chosen, it was supposed to encourage you to use different films together with various video watching techniques. They, of course, can be developed, modified and changed depending on the age and level of the group. But what about today?

The EFL SMARTblog: Merry Christmas Mr Bean Teacher's note; The activities in the worksheet at the bottom of this post are based on the full episode available on DVD or on cannot be embedded here). This post contains some exercises based on the embeddable youtube clips. Happy New Year Quotes, Wishes, Message & SMS 2017 Happy New Year 2017, Friends! Greet all your loved ones this special day with our best Happy New Year quotes, messages, and eCards. A fresh new year is once again upon us. It’s the time to be thankful for the blessings of the past year and to take stock of all our achievements. At the same time, New Year 2017 is a brand new year to start afresh, to start strong, and yet another chance to do everything we want to do this year.

Is the UK the same as Britain, Great Britain and England? The UK is situated north-west of the European continent between the Atlantic Ocean and the North Sea. It has a total land area of 244,100 square kilometres, of which nearly 99% is land and the remainder inland water. From north to south it is about 1,000 kilometres long. The UK part of Europe and is a member of the European Union (EU). Click here to find out about the Geography of the UK The official name of the UK is the "United Kingdom of Great Britain and Northern Ireland". The phrases you’ve been getting wrong all your life - BBC Reel Exploring the effect that words and language have on our lives. The art of mangling your wordsHave you found out you've been getting a phrase wrong all your life?Now Playing Why are Russians using this symbol?