Symbaloo - Your Bookmarks and favorites in the cloud 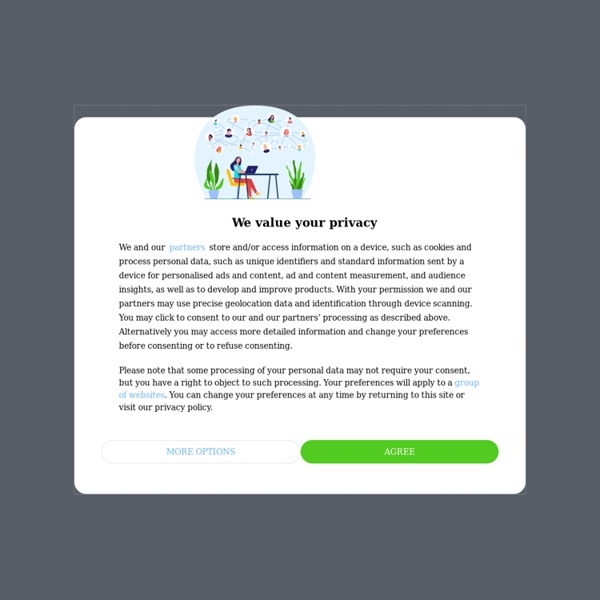 BLENDSPACE Make mobile learning awesome! Student creation Share materials Free! Get our new app! Save time by using free lessons & activities created by educators worldwide! Be inspired! How To Grow An Unlimited Supply Of Lemons Using Just 1 Seed Lemons are one of the healthiest foods on the planet, and despite their numerous health benefits, we all adore the taste of fresh lemonade. Lemons are abundant in vitamin C, which strengthens the immune system, and fights flu and cold. Moreover, these fruits have potent anti-inflammatory properties which treat issues like osteoarthritis and arthritis. bookmarks at 43marks.com — The Ultimate Homepage 43marks.com The Ultimate Homepage Login and add your favorite bookmarks plus get a unique URL so you can access your bookmarks from any computer.

Speed Up Windows 7 – Master Tutorial to Make Windows 7 Super Fast This is the 3rd tutorial of our "Master Tutorial" series. We have already posted 2 other tutorials for Windows XP and Windows Vista in past and now its turn of Windows 7. Although Windows 7 is already very fast and reliable but this tutorial will help you in getting the max performance out of your system. So without wasting any time, here we start our tutorial: 1. New Google Chrome flaw recording your audio & video without your permission Recently security experts found that Google Chrome has been enabling permission to malicious sites to record video and audio without warning users. Did you ever noticed whenever we go through different media sites such as Skype and Facebook, it will shows a pop-up notification which asks about the permission to record audio or video. When a user allows those sites to enable audio or video recording feature, the site will now have access to record your audio and video while making video or voice calls through Skype or Facebook. There are no issues giving audio or video permissions to the high authority domains like Facebook and Skype because they assure us about securing our privacy and we even have a right to complaint about privacy options. But the main problem occurs whenever we intentionally or accidentally gives permission to unknown or non-secure sites which will comprise our privacy by recording audio and video.

ClipArt ETC: Free Educational Illustrations for Classroom Use Alphabets The Alphabets ClipArt collection offers 1,193 illustrations arranged in 43 galleries including decorative letters and numerals, complete alphabet sets, and several sign language systems. If you are looking… The 10 Best-Paying Jobs You Can Do At Home The trend of working from home has grown tremendously in the recent years. Long gone are the days when employment was thought of as a strict 9-5 day, travelling to the office in the morning and returning back home in the evening. With advanced technologies and changing trends in the economy, freelancing has become more common than ever before. Don’t get home-based employment wrong as a mere part-time job that pays only in scanty sums. You can earn as much as you’d earn working at an office if you possess certain skills and capabilities. Below, we have listed 10 of the best-paying jobs you can do at home.

Email Marketing Basics - Seven Keys to Success At the cost of just pennies per send, email is as yet one of the best marketing values around. Be that as it may, for some advertisers, the measure of data accessible on this subject can overpower - and here and there deadening. Perhaps your association is simply beginning with email marketing service provider. Fixing Problem With Windows 7 Shared Files and Mapped Drives Unavailable Over VPN One of our IT consulting customers using a Windows 7 laptop was experiencing a problem with access mapped drives while connected to their company using VPN. Doing some research I found that Windows 7 and Vista both have what’s called “slow link mode”. The behavior is that if the latency of the network connection exceeds 80 milliseconds (ms), the system will transition the files to “offline mode”. The 80 ms value is configurable using a local group policy edit.

Symbaloo closest to Pearltrees, medium learning curve, not as intuitive as Pearltrees 1, somewhat clunky interface. automated bookmarker for most browsers, mobile apps for phones are supposed to work and sync well. mobile site recommends to use browser for iPad yet no bookmarklet for Safari on iPad :( from the home interface, without joining up, I was able to set some preferences & create a "webmix" = dashboard = Pearltree = folder with six items on my iPad before the interface broke and stopped allowing me to do that. Each webmix dashboard seems limited to 52 "Tiles" = Pearls. Webmixes can be nested. Tiles can be placed in whichever part of the grid one chooses, so this is slightly better than the random box contents or a list of links or only a specific path to follow, more like a mind map than most alternatives because of this choice in spatial placement. private by default, can publish, can follow instead of teaming up. can add published Webmixes as tiles or in personal list of Webmixes (linear menu on left). I believe they are only editable by the author. Cheers. by mojojuju Nov 20