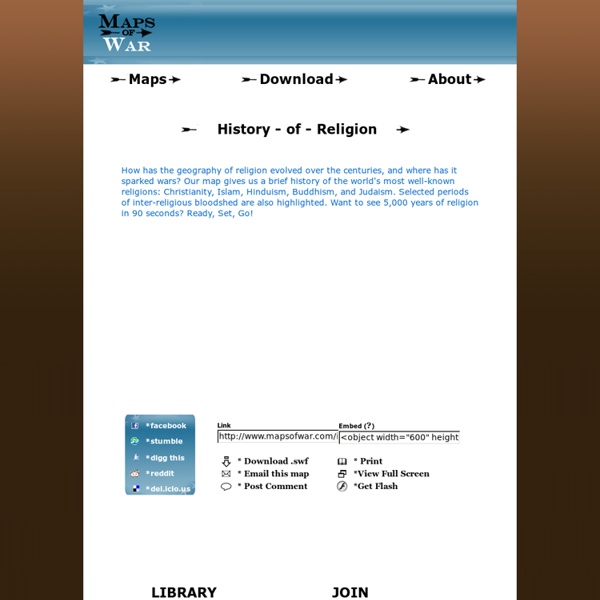 Around the World in 80 Faiths Around the World in 80 Faiths was a British television series which was first broadcast by the BBC on 2 January 2009. The series was presented by Anglican vicar Pete Owen-Jones, who was researching the various faiths from around the world.[1][2] There was also a book planned to accompany the series, written by Owen-Jones and published by BBC Books, but the book is not published.[3][4] Episodes[edit] The series was presented in eight episodes with the last one airing on 20 February 2009: Episode One: Australasia and the Pacific Ring of Fire[edit]

Akathisia Typical symptoms of akathisia (note that the patient is forced to eat while standing instead of sitting). Akathisia, or acathisia (from Greek καθίζειν kathízein - "to sit", a- indicating negation or absence, lit. "inability to sit") is a syndrome characterized by unpleasant sensations of inner restlessness that manifests itself with an inability to sit still or remain motionless. The term was coined by the Czech neuropsychiatrist Ladislav Haskovec (1866–1944), who described the phenomenon in 1901.[1][2] Description[edit] Akathisia may range in intensity from a sense of disquiet or anxiety, to severe discomfort, particularly in the knees.

The Improbability of God The Improbability of God by Richard Dawkins from Free Inquiry, Volume 18, Number 3. Much of what people do is done in the name of God. Irishmen blow each other up in his name. Arabs blow themselves up in his name. WHO WAS MARY MAGDALENE Who Was Mary Magdalene? Although the mother of Jesus looms large in Christian art and cult, she is accorded only fleeting attention in the gospels. Mark mentions the mother of Jesus without giving her name (3:31); John speaks of the mother of Jesus twice without giving any name. The apostles’ epistles ignore her. In The Acts of the Apostles she is mentioned only once (1:14).

PBS film highlights Stanford scholar's research on how the U.S. saved a starving Soviet Russia By Cynthia Haven Corn grits, cocoa, condensed milk, white bread and sugar. This was America's menu for the starving millions in Soviet Russia during the 1921-23 famine – one of the greatest human disasters in Europe since the Black Death. The famine relief was spearheaded by Herbert Hoover, whose biographers credited him with saving more lives than any person who has ever lived. The story is featured in the PBS "American Experience" documentary, The Great Famine, which will be broadcast nationwide on April 11. The film will have a Stanford showing at 7:30 p.m.

Russell's teapot Russell's teapot, sometimes called the celestial teapot or cosmic teapot, is an analogy first coined by the philosopher Bertrand Russell (1872–1970) to illustrate that the philosophic burden of proof lies upon a person making scientifically unfalsifiable claims rather than shifting the burden of proof to others, specifically in the case of religion. Russell wrote that if he claims that a teapot orbits the Sun somewhere in space between the Earth and Mars, it is nonsensical for him to expect others to believe him on the grounds that they cannot prove him wrong. Russell's teapot is still referred to in discussions concerning the existence of God. Origins of the analogy[edit] In an article titled "Is There a God?"

The Enduring Symbolism of Doves This Bible History Daily article was originally published on October 1, 2013. It has been updated.—Ed. In addition to its symbolism for the Holy Spirit, the dove was a popular Christian symbol before the cross rose to prominence in the fourth century. The dove continued to be used for various church implements throughout the Byzantine and medieval period, including the form of oil lamps and this 13th-century altar piece for holding the Eucharistic bread.

Prisoner-of-war camp North Korean and Chinese Communist prisoners assembled at the United Nations' prisoner-of-war camp at Pusan in 1951. Detention of prisoners of war before the development of camps[edit] Before the Peace of Westphalia, soldiers captured by their enemies were usually executed, enslaved or held for ransom.[1] This, coupled with the relatively small size of armies, meant there was little need for any form of camp to hold prisoners of war. The Peace of Westphalia, a series of treaties signed between May and October 1648 that ended the Thirty Years' War and the Eighty Years' War, contained a provision that all prisoners should be released without ransom. This is generally considered to mark the point where captured enemy combatants would be reasonably treated before being released at the end of the conflict or under a parole not to take up arms.

10 Wonders of the World You Don’t Know Our World While most of these wonders will be known to a few people, they are, on the whole, not as well known as the famous “seven wonders”. Despite that, each has a reason for being considered wonderful and deserves its spot on this list. Enjoy the list and be sure to share other lesser-known wonders in the comments. Banaue Rice Terraces Philippines