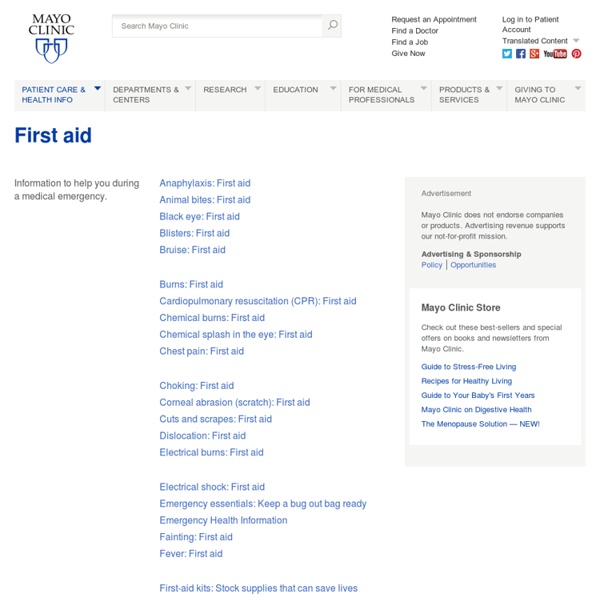 First Aid Kit - How to Make a First Aid Kit Having a first aid kit is an important part of emergency preparedness . You should have a first aid kit for both your home food storage and (as a condensed version) 72 hour kits . Directions: Print the notes and list of first aid supplies. Checklist: First Aid Kit Supplies (pdf) Notes: Update your first aid kit every six months (put a note in your calendar/planner) to replenish and check all supplies. Windows to the Universe Scientists provide a more accurate age for the El Sidrón cave Neanderthals -- ScienceDaily A study has been able to accurately determine the age of the Neanderthal remains found in the El Sidrón cave (Asturias, Spain) for which previous studies had provided inexact measurements. The application of a pre-treatment to reduce contamination by modern carbon has managed to lower the margin of error from 40,000 to just 3,200 years. El Sidrón cave in Asturias (northern Spain) is one of the westernmost Neanderthal sites on the Iberian Peninsula and contains a large amount of this type of remains in addition to the flint tools they used. Now, thanks to the development of new analytical procedures, a research team co-ordinated by the University of Oviedo (Spain) has managed to provide a more accurate dating for these Neanderthal populations in Asturias. The age of the El Sidrón remains could prove to be an important piece of information in the discussion about when the transition from Neanderthal to Homo sapiens took place in Europe.

Costing Your Time - Time Management Training from MindTools Finding Out How Much Your Time is Worth One way or another, time is always money. © iStockphoto/muratsen Do you know how much your time is worth? Unless you work in an industry where you bill clients by the hour, the answer may be "no," especially if you don't know about the many hidden factors that contribute to your hourly rate. However, it's important to attach a monetary value to your time, because it helps you focus on high value tasks and avoid activities that don't add much value. In this article, we’ll look at why you should value your time, and we’ll give you a quick calculator that helps you do this. The Benefits of Costing Your Time There are several reasons why it helps to know how much your time is worth, whether you work for yourself or for an organization. For instance, when you know the value of your time, it's easier to ... for the complete article: Mind Tools Club members, click here. Join the Mind Tools Club to finish this article AND get 1,000 more resources

The National Sleep Research Project - 40 amazing facts about sleep -The record for the longest period without sleep is 18 days, 21 hours, 40 minutes during a rocking chair marathon. The record holder reported hallucinations, paranoia, blurred vision, slurred speech and memory and concentration lapses. - It's impossible to tell if someone is really awake without close medical supervision. People can take cat naps with their eyes open without even being aware of it. - Anything less than five minutes to fall asleep at night means you're sleep deprived. - A new baby typically results in 400-750 hours lost sleep for parents in the first year - One of the best predictors of insomnia later in life is the development of bad habits from having sleep disturbed by young children. - The continuous brain recordings that led to the discovery of REM (rapid eye-movement) sleep were not done until 1953, partly because the scientists involved were concerned about wasting paper. - No-one knows for sure if other species dream but some do have sleep cycles similar to humans.

The Urgent/Important Matrix - Using time effectively not just efficiently - Time Management Skills from MindTools Using Time Effectively, Not Just Efficiently © iStockphotoblackred Focus on your most important work. Imagine that your boss has asked you to prepare an important presentation for the next board meeting. You only have a few days to put it together, your workload is already high, and you have many other urgent tasks on your To-Do List. Because of this, you're anxious, you can't concentrate, and everything seems to distract you. Time stressors are some of the most pervasive sources of pressure in the workplace, and they happen as a result of having too much to do, in too little time. Eisenhower's Urgent/Important Principle helps you think about your priorities, and determine which of your activities are important and which are, essentially, distractions. What Are "Urgent" and "Important" Activities? In a 1954 speech to the Second Assembly of the World Council of Churches, former U.S. He recognized that great time management means being effective as well as efficient. or Action Program, 1. 2. 3.

GoAnimate - Make your own animated videos. It's easy and fun. Separation between Neanderthal and Homo sapiens might have occurred 500,000 years earlier, DNA from teeth suggests The separation of Neanderthal and Homo sapiens might have occurred at least one million years ago, more than 500.000 years earlier than previously believed, according to new DNA-based analyses. A doctoral thesis conducted at the National Center for Research on Human Evolution (Centro Nacional de Investigación sobre la Evolución Humana), associated with the University of Granada, analyzed the teeth of almost all species of hominids that have existed during the past 4 million years. Quantitative methods were employed, and they managed to identify Neanderthal features in ancient European populations. The main purpose of this research, whose author is Aida Gómez Robles, was to reconstruct the history of evolution of the human species using the information provided by the teeth, which are the most numerous and best preserved remains of the fossil record. To this purpose, a large sample of dental fossils from different sites in Africa, Asia and Europe was analyzed. Computer Simulation

The 10 Coolest Foreign Words The English Language Needs Have you ever blurted out, "Wow, that guy is just so...so..." and then were left floundering with nothing to say? Well, it's not always your fault. English doesn't have words for every situation, or even the ones that happen every damned day. Fortunately, other languages usually do. And since we already borrow words from them (just recently we've taken "schadenfreude," the German word for pleasure in someone else's misfortune) here's a few that we need to pick up right away: Bakku-shan (Japanese) Means: A beautiful girl... as long as she's being viewed from behind. Say you're in a bar, and you look over to see the most incredible sight you've ever seen: a tall, slim woman with a waterfall of dark copper hair, an ass like a fresh peach in shrinkwrap and legs all the way down to the floor. That's when she turns to look at you. Bile rises in your throat. Congratulations, you have just been a victim of bakku-shan: a girl that looks attractive from behind, but not from the front.

Search: solutions for prosperous world Click on Image to Enlarge Updated 29 October 2012 to include frequent search request “readings about solutions for a prosperous world” also added skype and email contact info New integrated search term: readings about solutions for a prosperous world The proven process of intelligence is not secret, not federal, and not expensive. Thinking is free. What matters is the strategic analytic model guiding the thinking; the ability to collect, process, and analyze truthful information; and the ability to visualize and otherwise shape the findings so that they lead to coherent sustainable affordable action. Master Lists: Worth a Look: Book Review Lists (Positive) Worth a Look: Book Review Lists (Negative) Books on The Threats and Challenges: Rischard, Jean-Francois, HIGH NOON: 20 Global Problems, 20 Years to Solve Them (Basic Books, 2003) High-Level Panel on Threats, Challenges, and Change, A More Secure World: Our Shared Responsibility (United Nations, 2004) Books on True Cost Economics: Prahalad, C.

Discovery Reveals That Neanderthals Were the First in Europe to Make Specialized Bone Tools Four views of the most complete lissoir found during excavations at the Neanderthal site of Abri Peyrony. Credit: Abri Peyrony & Pech-de-l’Azé I Projects A new discovery in southwest France reveals that Neanderthals were the first in Europe to make standardized and specialized bone tools. Two research teams from the Max Planck Institute for Evolutionary Anthropology in Leipzig, Germany, and the University of Leiden in the Netherlands have jointly reported the discovery of Neanderthal bone tools coming from their excavations at two neighboring Paleolithic sites in southwest France. Modern humans replaced Neanderthals in Europe about 40 thousand years ago, but the Neanderthals’ capabilities are still greatly debated. “If Neanderthals developed this type of bone tool on their own, it is possible that modern humans then acquired this technology from Neanderthals. How widespread this new Neanderthal behavior was is a question that remains. Shannon P. Source: Max Planck Institute