#1 Media Server for All Your Media Needs - Plex.tv 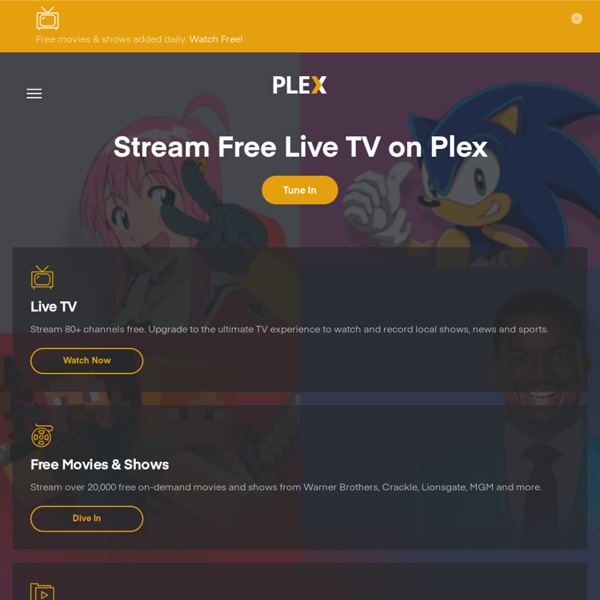 comic OFF-WHITE is a fantasy comic written and drawn by Jessi Derenthal, Anna Podedworna and Katarzyna Redesiuk. The realm in which the story takes place is a mixture of loosely interpreted Norse mythology and original ideas of the authors. The main plot line revolves around a pack of wolves led by their alpha to meet a mysterious sage, who is going to decide about the destiny of the youngest member of the group. The comic started as a 5 page one-shot.

Digital Living Network Alliance - DLNA The Digital Living Network Alliance (DLNA) is a nonprofit collaborative trade organization established by Sony in June 2003, that is responsible for defining interoperability guidelines to enable sharing of digital media between multimedia devices.[3] These guidelines are built upon existing public standards, but the guidelines themselves are private (available for a fee). These guidelines specify a set of restricted ways of using the standards to achieve interoperability and include almost no free audio formats and only the most common (free or otherwise) video formats, meaning that DLNA servers generally have to support transcoding in order to produce a useful service.[4] DLNA uses Universal Plug and Play (UPnP) for media management, discovery and control.[5] UPnP defines the type of device that DLNA supports ("server", "renderer", "controller") and the mechanisms for accessing media over a network. History[edit]

Camouflage Buy now for only $5.99 — Follow us at Twitter: Join us on Facebook: If you have a cluttered Desktop and just don't want to see your icons, or you just want to give a presentation and don't want your audience to see your desktop icons, Camouflage will help. Sitting in the menu bar, Camouflage is easily accessible and can be quickly used to hide your desktop icons. The ODROID-U is a $69 Exynos-powered, Raspberry Pi-eating dev board Hardkernel’s $129 ODROID-X is a powerful little development board, but the price tag might be a little off-putting for some. Now the company’s offering two new models at price points that are little bit closer to Raspberry Pi territory: the ODROID-U and ODROID-U2. The base model sells for just $69, and it features the same quad-core 1.4GHz Samsung Exynos 4412 processor found in some Galaxy S3 variants. It’s got 1GB of RAM, an eMMC connector and microSD slot for storage, two USB 2.0 ports, integrated 10/100 Ethernet, a micro HDMI port, and a 3.5mm headphone jack.

10 Best Free Responsive Email Template Builders Are you able to design emails that look fabulous and amazing to your recipients? Well, email marketing is a powerful tool for growing your business, but sending emails in plain text doesn’t appear eye-catching to the recipients. It results in low user engagement and further onto lower conversions rates.

HTG Explains: Do You Really Need Expensive Cables? You might laugh at the high retail prices for “premium” cables at big box retail stores. But is it possible that a higher quality cable can give you a better digital signal? The nuance of the answer may surprise you. Cables might seem like a boring part of your computer or home entertainment equipment. You plug them in, they work. End of story, right?

uPnP and Security Universal Plug and Play (UPnP) is a set of networking protocols that permits networked devices, such as personal computers, printers, Internet gateways, Wi-Fi access points and mobile devices to seamlessly discover each other's presence on the network and establish functional network services for data sharing, communications, and entertainment. UPnP is intended primarily for residential networks without enterprise-class devices. The UPnP technology is promoted by the UPnP Forum. The UPnP Forum is a computer industry initiative to enable simple and robust connectivity to stand-alone devices and personal computers from many different vendors. The Forum consists of over eight hundred vendors involved in everything from consumer electronics to network computing. 10 Mac Apps, Tricks and Features to Impress your Friends This post is part of a series that revisits some of our readers’ favorite articles from the past that still contain awesome and relevant information that you might find useful. This post was originally published on March 1st, 2011. So you’ve just bought a new Mac, perhaps even switching from Windows.