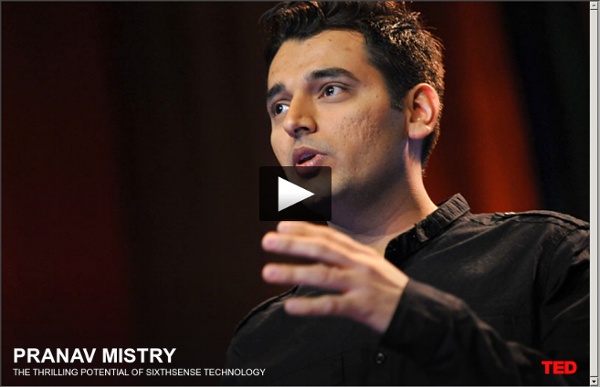 Bosses Behaving Badly Barbara Pachter has seen it all. President of Pachter & Associates, a consultancy specializing in etiquette and gender issues, she’s coached executives around the world on the finer and grosser points of protocol—from who holds open the door for whom to how to tell the boss his fly is down. With clients ranging from DaimlerChrysler, IBM, and Pfizer to NASA and the Department of Defense, Pachter has witnessed all manner of etiquette blunder. The common thread: executives’ lack of self-awareness.

Interactive projector that turns any flat surface into a touch screen wins UK design award Light Touch transforms a projected image into a virtual 10-inch touch screen Image Gallery (8 images) Light Blue Opitcs (LBO) has won the Institution of Engineering and Technology (IET) Innovation Awards 2010 prize for Product Design with its Light Touch interactive projector. The device uses an infra-red touch sensing system that transforms a projected image into a virtual 10-inch touch screen. ABC News: Tornadoes Caused by Military? Recent Events Fuel Conspiracy Theories +42 more posted on Jun, 2 2011 @ 04:03 AM well... lets see then. We are on the internet 10 to 12 hours a day, we dont read newspapers, dont watch the news, we're crazy, we only get the news from crazy websites... BUT we're extremely well educated.

Colors and their symbolism - effect of sunlight and all colors on humanbeings, color calculator Sun is the source of light and heat to sustain life on our planet ‘earth’. This is the reason Sun is treated as ‘God’ in ancient Greek and Hindu scriptures. Sunlight appears to be in gold color but it contains 7 different colors visible to us. The Psychology of Getting More Done (in Less Time) In today’s busy world, we’ve become a people obsessed with productivity and “work hacks.” Getting more done in less time allows us to get ahead, and even gives us more availability to do the things we love outside of work. The problem we run into is that it is easy to get motivated, but hard to stay disciplined. Most of us look at productivity in the wrong way: task management tools are shiny at first and then go unused. Being chained to your desk is as unhealthy as it is unproductive. At Help Scout we hold the belief that “achievement isn’t about doing everything, it’s about doing the right things.”

A Wearable Computer Turns Any Surface Into A Touchscreen Chris Harrison, a PhD student in Human-Computer Interaction at Carnegie Mellon University, is full of interesting interface ideas. One of his latest projects is called OmniTouch, whose prototype design uses a shoulder-worn, depth-sensing camera/projector to create interactive "touchscreens" on anything from a nearby wall to your own forearm. The technology is amazing: OmniTouch’s screenless interface can distinguish between a touch and a "click" (i.e., a command to do something), auto-detect the size of the interface surface (e.g., it will project a short strip onto your arm, but a large rectangle onto the wall), and even recognize the orientation of the image in 3-D space (if you tilt your screen-hand toward yourself, it will consider it "private"; a more flat orientation will be deemed "public"). But oh, that rig--are normal people really going to be walking around someday with shoulder mounted screen-guns like the Predator?

Dwight Howard pictures: Dwight Howard aids Alabama tornado cleanup Pro wrestlers no longer with us Former professional wrestler The Ultimate Warrior died Tuesday night at the age of 54, becoming the third pro wrestler to pass away this year. The Ultimate Warrior, who legally changed his name to Warrior but was born Jim Hellwig, joins Big Daddy V... The Ultimate Warrior dead at 54 One of the most iconic and best known wrestlers of the past 25 years The Ultimate Warrior — who legally changed him name to Warrior and was born Jim Hellwig — passed away on Tuesday night. He was 54 years old. Welcome to Quirkology Ever wondered how your surname has influenced your life? Or wished that you could tell if someone is lying? Or wanted to understand more about seduction?

Has anyone seen an application of this technology yet? by cassius Mar 5