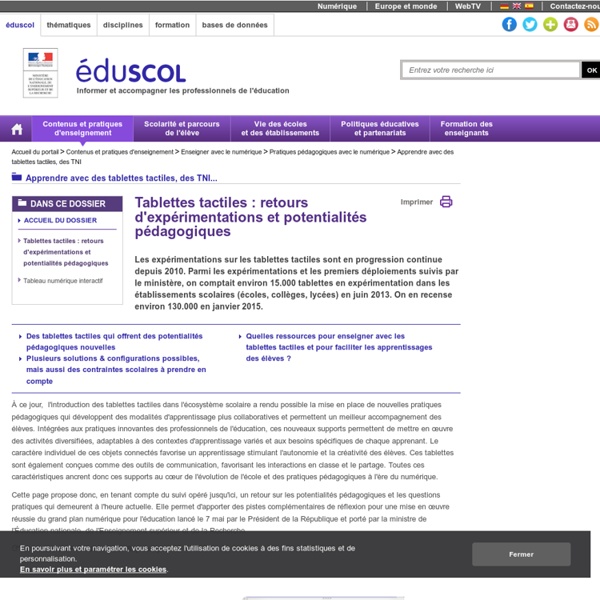 Students use iPads to illustrate Earth's age 1 of 9 Autoplay Show Thumbnails Show Captions APK Downloader [Latest] v1.4.0 Chrome Extension (Evozi Official) How does this Online APK Downloader work? It works behind the scene 24/7 to fetch your apps that you want to download Is the file that I downloaded same as in Google Play? Yes, Please do a MD5 file or developer certificate check if you have doubts Can I download paid apps? The iPad as a Tool For Education - a case study In the first two terms of implementing an iPad programme, Longfield Academy in Kent have noticed a great impact on teaching and learning. Research carried out on behalf of Naace and supported by 9ine consulting is published here. It’s really exciting to be able to announce our research into the use of iPads. After a successful implementation at Longfield Academy in Kent and two terms of embedded use, the research shows some incredibly positive impacts on teaching and learning. The report on the research, carried out on behalf of Naace and supported by 9ine Consulting is available below. It outlines the conclusions of one of the most extensive studies so far undertaken into the use of tablets for learning.

50 resources for iPad use in the classroom The transition to the more extensive use of technology in classrooms across the West has resulted in the integration of bring your own device (BYOD) schemes, equipping students with netbooks and tablet computers, and lessons that use social media & online services. Gesture-based technology is on the rise; according to the latest NMC Horizon Report, gesture-based technological models will become more readily integrated as a method of learning within the next few years. The iPhone, iPad, Nintendo Wii and Microsoft Xbox 360 Kinect technology are examples of these kinds of developments, and in particular, resources for Apple products in education are becoming widely available online. For teachers, some of which are just beginning to use tablets and mobile devices in class, these resources can be invaluable in promoting more interactive classrooms and understanding how best to use and control such products.

7 Apps That Will Help You Use Your iPad For Writing Projects While each of us has our own particular needs, I’m sure one or more of these apps will serve your needs. So get ready to set up a folder on your tablet and download a useful collection of resources. Evernote At the top of the list, the popular Evernote app (iTunes Store Link) and web syncing service is an essential tool for writing on the iPad. You can throw in all kinds of text based files, as well as photos and audio notes, into Evernote which will automatically sync all your notes to your iPad, as well as your Mac or PC.

Why Wearable Technology Will Change Learning Forever Original Story at: David Kelly 2 mentions 3 days ago On January 29th, I have the pleasure of speaking at the Learning Technologies Conference and Exposition. While the northeast snowstorm in the US has prevented me from attending in-person in London, we have made arrangements to have me share the session virtually. Gitden EPUB3 Reader [Gitden Reader], World top level eBook Reader, supports EPUB standards from 2.0.1 to 3.0 at the highest levels. ** Gitden Reader proved to be world no.1 iOS/Android EPUB3 Reader, tested and first published on www.epubtest.org, May 2014** With one single app, users can utilize its features in smartphone or tablet.When logged in with one user ID, the book info; last read position, bookmark, highlighting, etc., is synchronized identically among multiple devices (under development).Device-to-device synchronization is processed encrypted as to abide by data security 1. Displays audio/video included book contents properly. (Foreign language textbook can be easily made in EPUB.)2.

Formal and Informal Learning Malcolm Knowles is generally considered to have first coined the term informal learning through his book published in 1950, Informal Adult Education: A Guide for Administrators, Leaders, and Teachers. Allen Tough (1971) was probably the first person to really study how adults use informal learning through his work at the Ontario Institute for Studies in Education. The next big proponent of informal learning is probably Jay Cross (2007) who has wrote about it extensively through his blog and book Informal, Formal, and Nonformal Learning The terms formal and informal learning have nothing to do with the formality of the learning, but rather with the direction of who controls the learning objectives and goals. PrometheanPlanet There's a lot of talk in the education sector of Bring Your Own Device (BYOD) initiatives and I've recently taken an interest in how tablets, such as iPads, can be used in the classroom. Back in June, I went to the ISTE 2011 conference with several goals in mind, but one of them was to find the answer to this question: What can I do with an iPad in an ActivClassroom? (Although other tablets are available, I was particularly interested in the iPad as that's the one I have!) I had several ideas, but wanted to verify them for myself.

50 Resources For Teaching With iPads Via TeachThought So we thought we’d start an ongoing collection–that is, one that is updated to reflect trends and changes–of the best resources for teaching with the iPad. This will include resources from all of the best sources, from Apple’s own stuff to TeachThought to edutopia to MindShift to DMLCentral to Jackie Gerstein and more. We can update it, or make it a wiki to crowdsource the process, or you can add suggestions in the comments below. Based on the activity of the comments, and the sharing of the post, we’ll decide how to handle it moving forward. How iPads Function In Education

Characteristics of Formal and Informal Learning Allen Tough, a Professor Emeritus at the University of Toronto, focused his research on the adult's successful efforts to learn and change; and in particular the 70% that are self-guided without relying much on professionals or institutions (informal learning). During his research, he discovered that people spend an average of 15 hours per week learning on their own (Tough, 1999). In the late 1970s, Patrick Penland, a library school professor at the University of Pittsburgh, became quite interested in Tough's research. He performed a survey in which a section of it pertains to why learners prefer to learn on their own, rather than in a class or course (Penland, 1977).

Educational Technology and Mobile Learning: Interactive Visual Featuring 6 Tasks You Can Easily Do Using iPad June , 2014 This is an interactive image (created using Thinglink) that features a bunch of useful iPad apps that you can use to do tasks that you would traditionally do using a pen and paper. I really liked the idea of providing alternatives to do things digitally. For instance, instead of taking notes in a notebook or on paper you can use Evernote or any other note taking app to do it on iPad. The good thing about doing things digitally is that you have the added advantage of accessing, editing, and sharing your work across different devices and platforms and also saving it on the cloud to access it anytime anywhere anywhere you go. As is the case with the all the interactive Thinglink images I shared here in the past, the app icons shared here are hyperlinked, just hover your mouse over any of them to access it on the iTunes app store. Source: Apple A Day