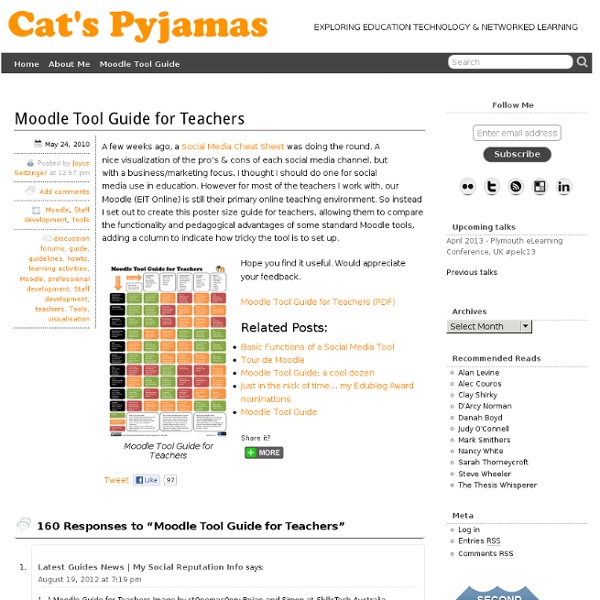 Moodle Tutorials ::: Educating Educators Create Music Videos with Annotations using iMovie | Pinoy  Appler A simple video I created for sinhbalotravel.com using iMovie. The video is about our boat trip in Tra Su Forest Bird Sanctuary, Vietnam (best viewed in HD) Aside from Photography, I am also fascinated with videography. Anyway, for those who want to venture into this new hobby, here’s a step by step process on how to create a simple music video with annotations using iMovie. Things I used iPhone – to record a HD video Macbook Pro + i Movie – to edit and finalize the video Importing the video First you need to import the video you recorded. Creating an iMovie project Launch iMovie and create a new project. Adding text annotations On the right part of iMovie, you will see media icons. To edit the properties of the text, double click it on the timeline. Adding a watermark photo Add a signature or watermark image to prevent losers from copying and claiming your video. But first, you need to tweak your iMovie preference to be able to do this. Saving/exporting the movie Great! Like this: Like Loading...

30+ Moodle Videos and Tutorials by @sbrandt (nice work!) | Moodl Stumbled across this huge repository of video screencasts on Screenr.com last week and just had to share them. Shawn Brandt (@sbrandt) created them all and out of the nearly 80 videos he’s posted about 1/2 are all about Moodle. The topics range from beginner to more advanced and most videos are under 5 minutes. Note that many appear to pertain directly to a Moodle training course that is not available publicly. adding events and using the calendarusing assignmentscreating pages and resourcesdisplaying directoriesusing .zip files to upload multiple filesimproving your course aestheticsand so much more. Here’s a great one (creating a course that’s more learner-centric, For the full list of videos go to this link: And don’t forget to let @sbrandt know that the videos rock!

Lion’s QuickTime Player: Screen Recording Improvements and New Sharing Features One of the built-in apps that received several interesting improvements in OS X Lion is QuickTime Player, Apple’s default video and music player based on the QuickTime framework that’s capable of handling a variety of audio, video, and picture codecs. Seemingly unchanged from version 10 of QuickTime Player that shipped with Mac OS X Snow Leopard, the new QuickTime Player 10.1 contains a number of changes under the hood, new sharing features, as well as screen recording enhancements built specifically for OS X Lion. Lion’s QuickTime Player supposedly comes with the same set of codecs from the previous version, but Apple has introduced a new “Export audio only” feature that allows users to produce an AAC track compatible with the iPod, iPhone, iPad, Apple TV, Mac and PC to listen to audio files on the go or upload to the web. The new QuickTime Player comes with two new features that will undoubtedly improve the workflows of users that produce screencasts and video tutorials on OS X.

Random Wikipedia subject discovery Diabetic ketoacidosis (DKA) is a potentially life-threatening complication in people with diabetes mellitus. It happens predominantly in those with type 1 diabetes, but it can occur in those with type 2 diabetes under certain circumstances. DKA results from a shortage of insulin; in response the body switches to burning fatty acids and producing acidic ketone bodies that cause most of the symptoms and complications.[1] DKA may be the first symptom of previously undiagnosed diabetes, but it may also occur in people known to have diabetes as a result of a variety of causes, such as intercurrent illness or poor compliance with insulin therapy. Vomiting, dehydration, deep gasping breathing, confusion and occasionally coma are typical symptoms. DKA is diagnosed with blood and urine tests; it is distinguished from other, rarer forms of ketoacidosis by the presence of high blood sugar levels. DKA is a medical emergency, and without treatment it can lead to death. Signs and symptoms[edit]

Teachers Easy Guide to The Most Important Web Tools in Education When it comes to using web resources with our students, time plays a decisive role.It is next to impossible for a busy teacher restricted by curriculum constraints, day to day lesson preparations, assignment corrections, to mention but a few of his chores, to effectively search the web and find the adequate resources to share with his/ her students. Most people just do not have the time to learn all these technologies and some educators pick just one or two websites of interest and start exploring them. This is definitely not the right thing to do particularly if you want to leverage the huge potential of technology into your classroom.There is, however, a simple roudabout to this problem. Look for educational technology blogs ( such as the one you are reading now ) and subscribe to their feeds to stay updated about the latest web tools to use in your instruction. 1- A List of The Best Video Editing Tools for Teachers 2- A List of The Best Digital Story Telling Tools for Teachers

How to Get in Touch With Loved Ones During a Disaster | Gadget Lab Photo: Alex Washburn/Wired Disasters often strike without warning–and if you have family or friends who are in or near harm’s way, you’re going to want to get in touch. Unfortunately, that isn’t always so easy: Cell signals and land lines can be jammed with the massive amount of calls flowing in and out of an area. Here are some of the best tips we know for getting in touch, but this is by no means a complete list. Don’t call. Additional tips: Use a battery case for your smartphone–that thing can’t make it through a whole day when it’s not constantly scanning for a signal. Also, be sure to keep your emergency contact list up to date. Again, please share your tips in the comments below.