Seth Godin: The tribes we lead 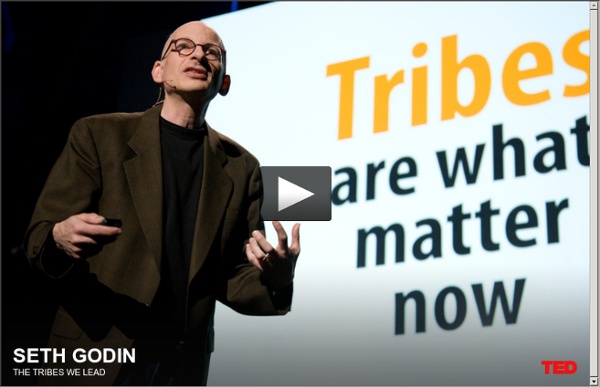 Open Source Social Networking Platform. This page is a list of companies who specialise in Elgg hosting and is provided to help Elgg users looking for an appropriate hosting company. Neither Thematic Networks nor the Elgg project officially endorse the companies listed*, although they do help support Elgg.org through their related affiliate schemes. 300% faster page loads than the competition on SwiftServer SSDs. Features a no-click Elgg install! High performance, single-click deploy, Elgg hosting from the expert Elgg development team at Arck Interactive. Individual and enterprise plans, CDN, support, development and code optimizations, All data storage is on our blazing fast CEPH SSD cluster and 10x.

IAB: Internet Advertising Reached $26 Billion In 2010, Display Grew Twice As Fast As Search The Internet Advertising Bureau released its numbers for 2010 (PDF). Last year, online advertising in the U.S. grew 15 percent to $26 billion. After a 3 percent dip in 2009, growth resumed in 2010, hitting a record high. Industry revenue in the fourth quarter alone hit $7.45 billion. Search still made up 46 percent of that total, followed by display ads at 38 percent.But display advertising grew twice as fast as search (24 percent growth versus 12 percent). Search advertising in the U.S. totalled $12 billion, with display closing the gap at $9.9 billion.

Why we need to groom leaders who can handle ambiguity and complexity How do we typically select and train our leaders? They learn theories of leadership that often assume organizations are mostly stable, and that the environment and the people within them are predictable. Oh, yes, there is some attention paid to what to do in crisis, usually as a singular event, with an expectation to return to the norm. But the world today is highly unpredictable, and rapid and significant change is the norm.

E-Marketing: Search Advertising Campaign Management Online advertising managers say between 25 percent and 50 percent of the money they spend on search advertising campaigns is wasted. Success is achieved by focusing on metrics, by establishing a management process for ad campaigns and by targeting advertising resources to achieve the best results for the least money. Search advertising is like an onion -- simple on the outside but increasingly complex inside. Online advertising is discussed today the way bandwidth was discussed during the 1990s. Everybody is talking about it, nobody can get enough of it and much of people say about it is either nonsense or wishful boasting.

Research Mapping Human Emotions Shows Strong Mind Body Connection Photo: Bodily topography of basic (Upper) and nonbasic (Lower) emotions associated with words. The body maps show regions whose activation increased (warm colors) or decreased (cool colors) when feeling each emotion. (P < 0.05 FDR corrected; t > 1.94). The color bar indicates the t-statistic range. Love makes us warm all over, and now scientists are creating body maps to prove it. Internet Ad Revenue Rebounded, Hit Record High in 2010 Revenues from Internet advertising got back on track and broke records last year — just as they have done every year, with the exception of 2009. According to a report by the Interactive Advertising Bureau, online ad revenue jumped 15% to $26 billion in 2010. That's a sharp reversal from a 3.4% decline during the recession of the previous year. Search advertising once again took the biggest share of revenues: 46%. That was down slightly from 47% the previous year, but the search category as a whole grew 12% in 2010.

Leadership and Motivation - John Adair Most would agree that good people are essential to business success. Yet many good people do not contribute as much as they could do because they lack that magic quality - motivation. So what makes the difference, and how is it relevant to you in your work? Banner Ads - Examples of Banner Ads Banner Ads – Banner Advertising If your business operates in a competitive on-line marketplace, banner advertising could be a great way to reach a specific demographic or interest group. Banners can be text, images, slide shows, movies, or interactive content which normally appears at the top, bottom, left, or right side of a site. When a user clicks a banner he is usually delivered to a page to make a revenue generating action (i.e. complete an order, or become a sales lead). Choosing the right Banner Advertising Network