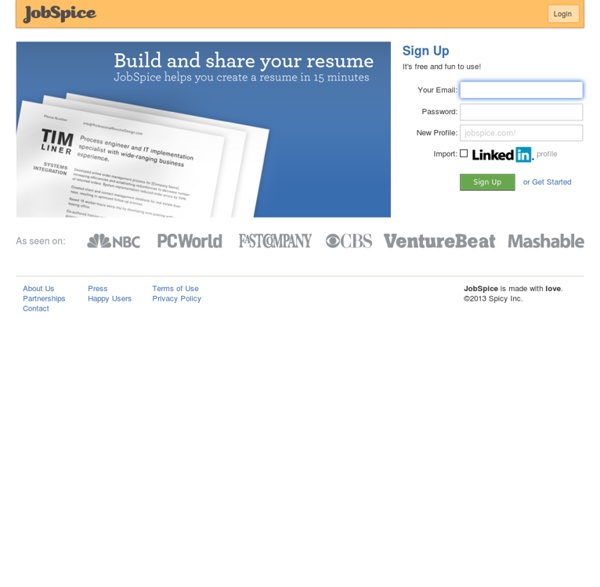 CV PARADE Get a better resume, online. “...easy to use without any technical expertise; if I did it, anyone can...” More Coverage... Watch this two-minute video to learn about VisualCV and how it can help you today. Watch full size video here... VisualCV.com What is your emotional IQ? For decades, a lot of emphasis has been put on certain aspects of intelligence such as logical reasoning, math skills, spatial skills, understanding analogies, verbal skills etc. Researchers were puzzled by the fact that while IQ could predict to a significant degree academic performance and, to some degree, professional and personal success, there was something missing in the equation. Some of those with fabulous IQ scores were doing poorly in life; one could say that they were wasting their potential by thinking, behaving and communicating in a way that hindered their chances to succeed. One of the major missing parts in the success equation is emotional intelligence, a concept made popular by the groundbreaking book by Daniel Goleman, which is based on years of research by numerous scientists such as Peter Salovey, John Meyer, Howard Gardner, Robert Sternberg and Jack Block, just to name a few. Read every statement carefully and indicate which option applies best to you.