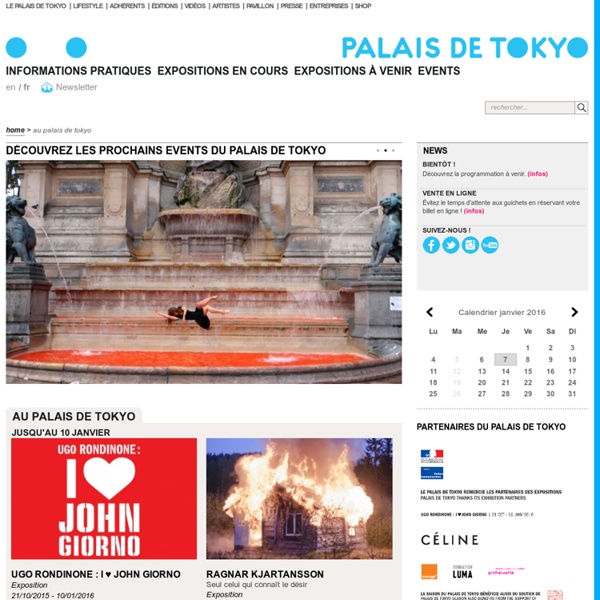 Mode et textile Corsage, vers 1800 © Les Arts Décoratifs / Jean Tholance Resulting from the fusion of the collections belonging to the Union Centrale des Arts Décoratifs (UCAD) and the Union Française des Arts du Costume (UFAC), the Musée de la Mode et du Textile is the heir to a tradition forged by the dynamics of private initiative. From its opening in 1905, the Musée des Arts Décoratifs has major collections of textiles which are continually enriched with silks, embroidery, printed cotton, costumes, lace, tapestries… In 1948, UFAC was founded on the initiative of the costume historian François Boucher with the idea of setting up a costume museum. Under the impetus of its curator Yvonne Deslandres, UFAC soon became one of the largest collections on the world.

Young Projects Play “Match-Maker” in Times Square Young Projects will be spending the week playing “Match-Maker” in New York City, as the Brooklyn-based studio has debuted their interactive Valentine’s Day installation in the heart of Times Square. Made in collaboration with fabricator Kammetal, as part of Times Square Alliance’s sixth annual heart design competition, the interactive heart-shaped sculpture is designed to cosmically connect people based on their zodiac signs by arranging curious passerby’s at twelve points surrounding the installation. As Young Projects describes, “Peering through colorful, interwoven periscopes provides glimpses of each viewer’s four most ideal astrological mates, offering potentially novel connections between lonely souls or settled lovers.” “The form of the sculpture is elusive, complex and symmetrical, and changes as viewers experience it from different vantage points throughout Times Square. A perfect installation for a city that has been accused of keeping its dwellers single.

YVON LAMBERT Opening on Friday March 14th, 2014 No Drones March 14th – April 19th Frog Frog 15 hits the newsstands in November 2015. Olympia Campbell is on the cover, photographed for Frog by Jüergen Teller at the Musée Picasso in Paris. This is a very special issue, as we celebrate Frog’s 10th anniversary! For this anniversary issue, Juergen Teller shot a 28-page super exclusive spread at the Musée Picasso in Paris especially for us, while Stéphanie Moisdon interviewed Bernard Picasso himself. Italian architect and designer Andrea Branzi, a member of Archizoon between 1964 and 1974, is featured in an exclusive interview for Frog with Chloé Valadie and Gaëtan Brunet –here he shares his provocative views on ecology, among many other things: “I am not interested in ecology.

Print Room 5, Place du Château / Tel. 03 88 52 50 00Museum HoursThe museum is not accessible to visitors of limited mobility This museum in the shade of the Cathedral exhibits a priceless collection of some 200,000 works covering five centuries in the most technical and varied of domains: fine arts, decorative arts, architecture, history and folk art. The collection stored in Strasbourg's gallery of Prints and Drawings dates from 1890. The Gallery's dual orientation from its beginnings- Fine Arts on one hand, Decorative Arts on the other-lends this collection its very particular character. Significant series relating to history, local history, 19th century popular imagery and particularly Alsace offer rich possibilities to researchers interested in the documentation value of certain pieces.

Photography For the image obtained, see Photograph. Lens and mounting of a large-format camera Photography is the science, art and practice of creating durable images by recording light or other electromagnetic radiation, either electronically by means of an image sensor, or chemically by means of a light-sensitive material such as photographic film.[1] Photography is employed in many fields of science, manufacturing (e.g. photolithography) and business, as well as its more direct uses for art, recreational purposes, and mass communication. Movie: Skryf sand writer by Gijs van Bon writes poetry on the ground Dezeen and MINI World Tour: in this movie filmed at Dutch Design Week in Eindhoven, artist Gijs van Bon shows us his machine called Skryf, which prints a trail of sand behind it to form letters on the ground. Skryf consists of an adapted CNC milling machine on wheels, which van Bon controls with a laptop via a simple piece of software he developed. "I can just type in text and it converts it to a code that the machine accepts," he explains.