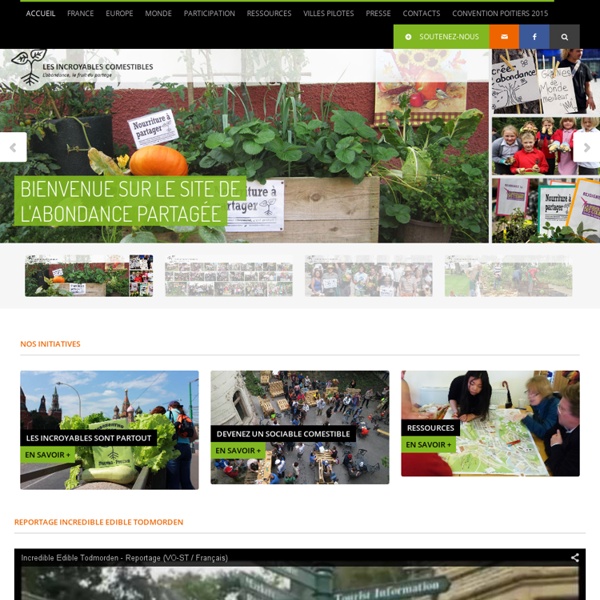 African Gardens in the UK Ingenious TipsContol odours!Add some sawdust and woodash (in small quantities) on the top of your compost or liquid fertiliser to keep nasty fumes at bay.Wiggly waysFor a speedy and lively composting experience, start a wormery! Buy a worm bin and watch your organic waste wiggle into compost. Ingenious TipsButt outMinimise energy use by saving rain water in a water butt. How To Build A Vertical Garden Pyramid Tower For Your Next DIY Outdoor Project Having the correct planting space is usually a problem when trying to plan your new garden layout. If you don’t have enough room to plant this year try going vertical. This DIY Garden Tower Planter (strawberry planter) will give you the extra gardening and planting space you need. This is a great DIY Garden Project but because of the compound angles that need to be cut, it requires a compound miter saw which does take some skill to use correctly.

Foundation One of our main measures of success is participation, without participation there is no democracy. Following here is a short recap of our participation highlights as well as other worthy mentions. Since we started in 2008 we have had over 500.000 unique visitors to our e-democracy websites, over 250.000 visits were in 2013. The Long, Weird History of Strobe Weapons The year is 212 B.C.E. The legend goes that Greek mathematician Archimedes, in an attempt to fight off a Roman invasion fleet, used a giant parabolic mirrors to concentrate sunlight on enemy ships, hoping to set them on fire. It is perhaps the earliest recorded attempt to weaponize light—though like many of the attempts to come, it would not be successful. Archimedes died shortly after the Romans took the city.

3 Ways to Display Your Raspberry Pi On a Monitor Or TV Back in the 1980s and 1990s, home computers didn’t rely on dedicated monitors to display operating systems, applications and games. In those days, things were far simpler. Instead of paying extra for a monitor, the majority of home computer and console owners were happy to use their televisions.

XBMC - Raspbian Instructions for building XMBC from source are below, but they will take over 12 hours to compile on the Pi. If this doesn't interest you and you just want a working, binary XBMC package, one is being built and provided by Michael Gorven. It can be installed by following the instructions in his blog post. The following instructions were derived from instructions passed to me from Obsy on the #raspbian IRC channel. These instructions document the steps necessary to build XBMC in Raspbian. These steps are not optimal and need to be refined, but they do result in a working build of XBMC that seems to work well within Raspbian.

[Solved] USB Interface (Android VNC) Hello, I'm trying to set up my nexus 7 tablet as a screen, keyboard and mouse for my raspberry pi using USB tethering. Initially the tablet didn't have usb tethering so I flashed a ROM from here: Then I installed this: RPi SD cards SD cards The SD card is a key part of the Raspberry Pi; it provides the initial storage for the Operating System and files. Storage can be extended through many types of USB connected peripherals. When the Raspberry Pi is 'switched on', i.e. connected to a power supply, a special piece of code called the bootloader is executed, which reads more special code from the SD card that is used to start up the Raspberry Pi.