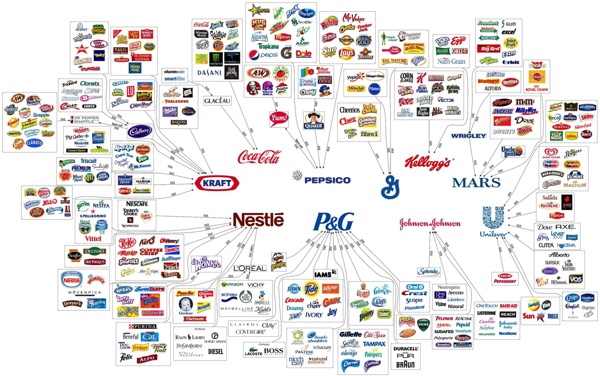 OpenSourceFeatures – FalconView This page contains a summary of the features of FalconView Open Source along with some screen captures that illustrate those features. FalconView includes a plugin architecture that makes it easy to add new features as well. Base Map Types Supported ¶ FalconView supports a handful of base map types including: Google URL Shortener Posted by Michael Hermanto, Software Engineer, Firebase We launched the Google URL Shortener back in 2009 as a way to help people more easily share links and measure traffic online. Since then, many popular URL shortening services have emerged and the ways people find content on the Internet have also changed dramatically, from primarily desktop webpages to apps, mobile devices, home assistants, and more. To refocus our efforts, we're turning down support for goo.gl over the coming weeks and replacing it with Firebase Dynamic Links (FDL).

Marketers, Meet Moms on Social Networks You see the same scene in any neighborhood with young families: mom pushing the stroller with one hand, clutching her smartphone with the other. Through Pinterest, Facebook and other social platforms, she is likely using that phone to connect or gather information online. That moms are big-time social network users is demonstrated in study after study. eMarketer’s latest forecast shows that this year nearly 28 million moms will use social networks, representing a whopping 82% of mom internet users who have children under 18 in the household. In February, a BabyCenter study further revealed how much more likely moms were to regularly use social media compared with the general population—80% vs. 55%, respectively. Additionally, moms were more likely than the general population to have over 200 friends and to “like” brands.

What is Bespoke Software? Bespoke Software UK, Cornwall What is bespoke software? Bespoke or custom-built software is software commissioned by an organisation for a specific function. Off-the-shelf software products are designed to satisfy the requirements of a large number of different users or organisations and consequently provide only those features that are of use to the majority of customers. As every business is different, it can be impossible to find an off-the-shelf solution that matches your organisation's exact requirements.

Space Alien Invasion: Science Channel's 'Are We Alone?' Considers ET Confrontation With Earthlings An alien invasion is headed our way. While it's the stuff of sci-fi books, movies, TV series and hi-tech video games, what if Earth suddenly faced a real threat from out-of-this-world invaders? How would the human race survive an encounter with an unknown civilization from another world? Even President Ronald Reagan, speaking at the United Nations in 1988, suggested that the countries of Earth would unite over an impending confrontation with an invading species from outer space. Watch President Reagan's 'alien threat' moment at the United Nations.

The world’s top 50 billionaires: A demographic breakdown. Top 50 Billionaire Breakdown If you asked anyone to picture the wealthiest person in the world at any given time, you could bet on some common denominators: probably a man; probably somehow attached to the words “multinational” or “conglomerate”; probably on a yacht off a private island. With Slate’s Top 50 Billionaire Breakdown, we attempt to visualize the richest of the rich by paring them into demographic categories: age, location, industry, source of wealth, education, and religious affiliation. Some of the sortings are heartening: There are more self-made men than born-rich kids in the top 50, and the self-made billionaires’ total wealth is bigger.

15 ways to use vodka Keyboard: S - next A - previous R - random 15 ways to use vodka Share on FB 55920 Below Random Pics Mobile addiction: Why we cannot put down our devices and 7 ways brands can tap into the fix June 21, 2012 John X. Kenny is senior vice president of planning at Draftfcb

Editions and Pricing of Sentinel Visualizer link analysis, social network analysis, knowledgebase visualization software program Software Licenses The Software License prices, above, reflect a one-time purchase of a perpetual software license. Buy it once, own it forever. In general, there are two licensing options: monochrom Hedonistika 2016 will take place at Cinematheque Holon (near Tel Aviv) as part of Print Screen Festival! Hedonistika is an interactive exhibition of gastronomical robots, cocktail machines, and experimental food performances. Created by artists collective monochrom from Vienna, Hedonistika is a travelling festival which moves from city to city and culinary landscape to culinary landscape, find local curatorial partners and cooperate with local hackers, builders, chemists and food phreaks to present a tour-de-farce of new approaches and discourses.

Anarchism or Marxism? — ChinaWorker.info What are the political differences between anarchism and marxism, and do they still matter in the new international situation? Vincent Kolo, chinaworker.info There are areas of common ground between anarchism and marxism – in opposing bureaucracy, for example, and in seeking the destruction of the capitalist state, in contradistinction to reformists who want gradual change within the existing state. But there are also important differences between marxism and anarchism on questions of theory, programme and methods.