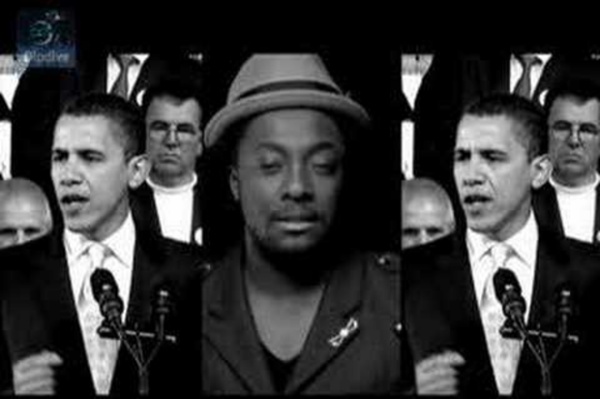 Analysis of Barack Obama's Victory Speech Analysis > Barack Obama's Victory Speech Here's the video, full text and a detailed analysis of the speech Barack Obama made in Chicago on the day of his being elected to the post of President of the USA, Wednesday 5th November, 2008. Further notes Sections of the speech may be characterized as: Celebration Thanks Challenge History Hope The overall approach is to create an inclusive sense of history where individuals make personal sacrifice in order to be a part of a great revival. The history as told includes the longer American history but with particular leverage on African American history, where poverty was and is well known, and where struggles in living memory led to significant change. Inclusion reaches out to all Americans, including Republicans and diverse segments. See also Martin Luther King's 'I have a dream' speech Story plots, Communication, Argument

Taking a Hotel Reservation in English | English for Work Here are some typical phrases and expressions to use when a guest makes a booking to stay at your hotel. Review these expressions and read the sample conversation. Then check your understanding with the quick quiz. Front Desk Receptionist Enterprise Hotels, Lise speaking. Guest I'd like to make a reservation for next week.Is it necessary to book ahead? Receptionist: Thanks for calling Quality Inn. Caller: Hello. Receptionist: I'm afraid we're totally booked for that weekend. Caller: Oh, I didn't realize. Receptionist: So... Caller: Yes. Receptionist: It looks like we have a few vacancies left. Caller: Okay. Receptionist: Yes, all of our rooms have two double beds. Caller: That's reasonable. Receptionist: We do, but we also charge an extra ten dollars per person for any family with over four people. Caller: Okay, but I'm not positive if she is coming. Receptionist: Yes, but we do require a fifty dollar credit card deposit to hold the room. Caller: Great, I'll call you right back.

A Lesson in Social Media from Snoop Dogg | Blog | Daily Dose In the age of social media, pop stars aren't just burning up the song charts. Using social media, personalities the likes of Justin Bieber, 50 Cent, Puff Daddy and Kanye West have evolved beyond the music industry into some of the biggest brands online. Through a combination of social platforms including Twitter and Facebook, they've been able to create a conversation around their music and grow their fan base. They've also been able to promote their entrepreneurial ventures from fashion and films to sites and apps. So how does the one and only rap icon Snoop Dogg handle the online game? While Snoop has millions of followers on Twitter and Facebook, he doesn't consider them just 'fans.' Snoop's social-media team at the Los Angeles-based marketing firm Cashmere Agency also offered some insight on how they work to keep his online presence consistent and growing. Here, Chung answered more of my questions about Snoop's social media successes and how other entrepreneurs might follow suit:

Ireland timeline A chronology of key events: 1914 - Outbreak of World War I delays implementation of new home rule legislation which would have restored the Dublin parliament following centuries of unrest over British dominion in Ireland. 1916 - Nationalists stage Easter Rising, seizing the General Post Office in Dublin and proclaiming an independent Irish republic. The rising is crushed by the British who execute its leaders, including all seven signatories of the declaration of the republic. Irish public opinion is outraged. 1919 - Led by Eamonn De Valera, the nationalist movement Sinn Fein ('We Ourselves') sets up a Dublin assembly, the Dail Eireann, which again proclaims Irish independence. 1920 - The British parliament passes the Government of Ireland Act establishing one parliament for the six counties of Northern Ireland, and another for the rest of Ireland. The Irish Free State 1922 - The Dublin parliament ratifies the treaty despite the opposition of De Valera and others. 1937 - New elections.

How the 10 Most Popular Facebook Brands Rank by Engagement [Chart] Last week, Facebook unveiled a new public metric to gauge the success of a Facebook Page beyond its Like count. The feature, called "People Talking About," calculates user-initiated activities on a Page, including posts, comments, Likes, mentions, shares, poll votes, photo tags and checkins. Not surprisingly, those brands with the greatest number of Likes don't necessarily rank as highly against the new metric, according to data from Famecount. Here are the top ten consumer brand pages by Likes: 1. And here are the top ten consumer brand pages re-ranked by Talking About: 1. Although not featured in this list, perhaps the biggest success in this case is McDonalds, which is ranked 18th by number of Likes, and second in engagement ("Talking About"). [via Big Spaceship]

Business & formal English vocabulary for writing An important part of writing well is choosing the right vocabulary to use. The words we use are like the clothes we wear, they make an impression on the person who reads them. To help you to sound more professional when writing business or formal pieces of writing (e.g. emails, letters, reports, proposals etc...) and to use vocabulary which the majority of people will understand, I have created the below vocabulary list. In this list are 24 basic/simple words in English. When you press/click on any of the words, you will find a selection of formal and polite equivalents (synonyms) of it that you can use in your writing to make it and you sound more professional. In addition to this word list, you will also find below it a phrase/sentence list. Words Phrases/Sentences When to use the lists You can use these lists anytime you want, but I recommend that you use them to improve the vocabulary in your piece of writing after you have written it.

Why Recruiters Prefer Facebook for Recruiting Young Professionals Despite the challenges social media presents for human resources professionals, it plays a growing role in talent recruitment. The big question, though, is where to find talent. While employers continue to use professional networking site LinkedIn for recruiting, especially when hand-picking for executive positions, they prefer interacting with students and graduates via Facebook rather than LinkedIn, according to a study by online recruiting research lab Potentialpark. For the study, Potentialpark surveyed more than 30,000 students and graduates worldwide and analyzed the online career presence of more than 500 companies in the U.S., Europe and Asia. Within the European survey respondents, 48% said they prefer to connect with recruiters via LinkedIn, while only 25% said they prefer connecting via Facebook. These findings aren't shocking, as privacy seems to be a common theme when it comes to employment and Facebook. 1. Image courtesy of iStockphoto, ilbusca

Social Media Screw Ups – A History Home » News , Social Media News Our editorial and social media training partner, Custom Communication , has gone back through six years of social media and compiled a visual narrative of company misadventures with bloggers, tweeter and other social media voices. Since 2004 they’ve identified 37 notable instances where companies have been caught short by social media protests and complaints or where they’ve shot themselves in the foot with dumb marketing. Here’s a snapshot of the history. Given the explosion in social media participation it’s not surprising to see a steady year-on-year increase in social media screw ups but while 2006 saw 7 major incidents the 10 recorded so far this year suggests that corporate communicators and marketers are becoming more savvy in how they engage and look after their online reputation.

36 Chinese Habits: Help You Know More About Chinese People - Let's Chinese China is a brand-new world for a foreigner, especially for those from western countries. I’m sure lots of people are very curious about the real Chinese lifestyle. Today I’m going to present to you the most common 36 Chinese habits to help know more about Chinese people. 1. Wooden floors are being widely used in most Chinese homes because they are used to be barefoot in the house. spending lots of times on sweeping the floors. 2. Western people are always willing to say good morning to each other for kindness. If people really have eyes contact with each other, at most, they will just smile a bit and that’s it. 3. I know lots of western people think showering in the morning is a good way to make them feel more energetic and kill the sleepy feeling. 4. Morning exercise has also been very popular for a long time in China. 5. Soybean milk is a common drink in China for a very long time. 6. 7. Drinking hot water can help you keep your stomach warm, improving your digestion. 8. 9. 10. 11.