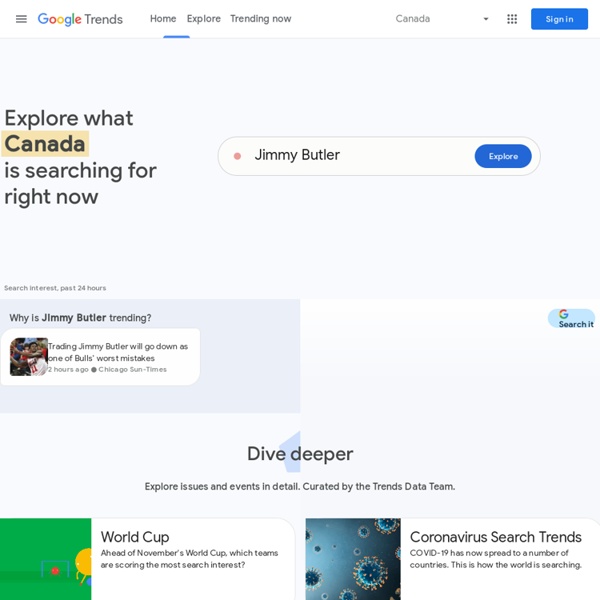 Domain Name Server records When packet switching networks were first developed, addressing was exclusively numerical. With networks such as The Advanced Research Projects Agency Network (ARPANET), there was little need for developing alternative methods as the number of participating nodes were limited. However, as the network expanded, it soon became evident that while using numerics was a very methodical approach, the addresses themselves proved increasingly hard for humans to memorize. The first solution was to distribute a file called ‘hosts.txt’ to all the nodes of the network, allowing them to map names to the addresses.

Press Center: Zeitgeist zeit·geist | Pronunciation: 'tsIt-"gIst, 'zIt | Function: noun | Etymology: German, from Zeit (time) + Geist (spirit) | Date: 1884 | Meaning: the general intellectual, moral, and cultural climate of an era. "Zeitgeist" means "the spirit of the times", and Google reveals this spirit through the aggregation of millions of search queries we receive every day. We have several tools that give insight into global, regional, past and present search trends. These tools are available for you to play with, explore, and learn from.

85+ Tools &amp; Resources for Freelancers and Web Workers Deciding to become a freelance worker can be a scary proposition. Sure there is an allure to picking what projects you work on, but it can also be stressful not knowing where your next paycheck will come from. Luckily there are numerous resources out there that not only help you find more work, but also loads of tools to help you do your job more efficiently with a professional edge. PHP Advent 2010 / Usage Statistics A few years ago, Damien Seguy started collecting information about what version of PHP people were using and how PHP’s usage compared to competing technologies such as ASP.NET. As a release manager for PHP 5.1 and 5.2, it was particularly interesting to me, because the monthly stats showed the adoption trends of PHP 5.2 and served as a good gauge of how quickly people were migrating. I was also actively involved in the development of FUDforum, and this data helped determine what new PHP features I could rely on and whether support for older versions of PHP could be discontinued. Unfortunately, sometime in 2008, the process of gathering these stats petered out, and the PHP community was left without it. About a month ago, after talking to Damien, I decided to restart the process and eventually expand it from 11 million domains to about 120 million.

Facebook Responds To MySpace With Facebook Connect Facebook will announce later today Facebook Connect, which has similar functionality to MySpace Data Availability, announced just yesterday. The actual product won’t be released for at least a few weeks, so the timing on this, coming immediately after MySpace, is somewhat suspicious. It is essentially a new version of their API for third party websites, which was first launched in August 2006. It will allow users to “connect” their Facebook identity, friends and privacy to any website. Third party websites will be able to implement and offer more features of the Facebook Platform off of Facebook – the same features available to third party applications today on Facebook.

Microsoft allows advertising on PC desktops The technology company has struck a series of deals with the likes of Porsche, Pepsi and Twentieth Century Fox, which will allow users to add the branding of each company on their desktop. It is pilot scheme which will run until next October and will be extended to Windows 7 borders and sounds – as well as Internet Explore 8 add-ons, which will direct people back to each advertisers’ homepage. The move has been welcomed by advertisers – who are always looking for increased ways to engage with consumers. However, the consumer reaction remains to be seen. Last month Microsoft announced Office 2010 Starter Edition, a limited version of the new Office 2010 technology, which will only be accessible on pre-loaded new PCs and will be funded by advertising.

Pearltrees Visualizes How You Organize the Web This post is part of Mashable's Spark of Genius series, which highlights a unique feature of startups. If you would like to have your startup considered for inclusion, please see the details here. The series is made possible by Microsoft BizSpark. Philips: Carousel / TV/Films - Coloribus.com - Advertising Archi Created for Tribal DDB, Amsterdam, the interactive campaign -- which launches today at www.cinema.philips.com -- promotes Philips’ latest entrant into the television market, the CINEMA 21:9. Since the television’s 21:9 frame lends itself so readily to film, Tribal DDB, Amsterdam commissioned Stink Digital to create a piece of filmed content that could hold its own with Hollywood’s best. Stink Digital director Adam Berg responded with an idea for an epic ‘frozen moment’ cops and robbers shootout sequence that included clowns, explosions, a decimated hospital, and plenty of broken glass, bullet casings and money. The film, titled Carousel, is the centrepiece of the project. On its own, it clocks in at a (totally coincidental) two minutes and 19 seconds, but Berg conceived it to work as an endless loop. Visitors to the microsite therefore have the option to ‘spin’ through the film’s single take shot repeatedly, to stop on a specific frame, or to watch it at the preordained speed.

Burning Man 2008 Panoramas The year of the dust-dune playa. Also visit the regular photos of 2008. This is a 360 degree shot while the Temple is burning. It shows the city in a circle around the temple, and since I'm somewhat deep in the crowd, you also see the crowd behind me and their faces as they watch the burn. Some are crying, some are slack-jawed. Publishing : Opus Media unveils “Opus Reality” to support the re Opus Media unveils first AR experience with Michael Jackson to announce the release of “The official Michael Jackson Opus”. This is a taste of Opus Reality™, which allows you to view and interact with media in a new way. The Opus comes with a unique card, giving you access to the full Michael Jackson Opus Reality™ experience. The Official Michael Jackson Opus is the only new licensed book that is endorsed and approved by the Michael Jackson estate and marks the first publication to be marketed and sold exclusively by Ticketmaster. The Opus features a moving 400+ page definitive photographic record of the man and his music — including new, never-before-seen contents. Accompanying this definitive anthology is an epic collection of stories, essays and comments from some of the most well-known names in the entertainment industry.