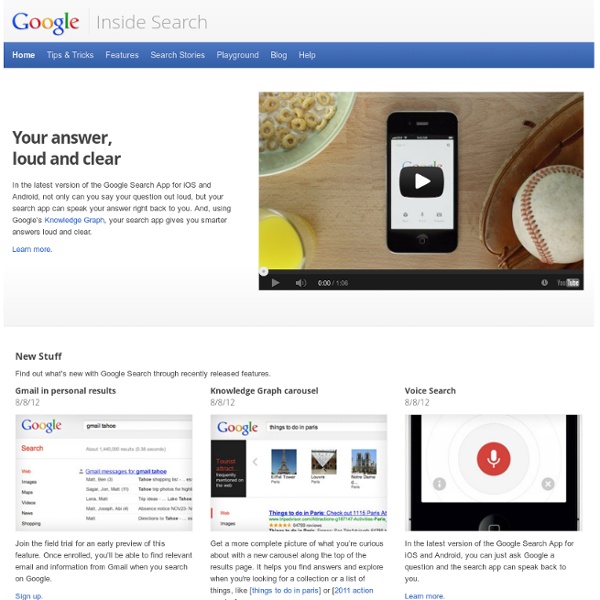 Research/SEARCH - foursquare (website) Foursquare is a location-based social networking website for mobile devices, such as smartphones. Users "check in" at venues using a mobile website, text messaging or a device-specific application by selecting from a list of venues the application locates nearby.[3] Location is based on GPS hardware in the mobile device or network location provided by the application, and the map is based on data from the OpenStreetMap project. Each check-in awards the user points and sometimes "badges". Foursquare is the second iteration of the same idea, that people can use mobile devices to interact with their environment. Features[edit] Showing a user's Foursquare profile from a Foursquare app for Android. Foursquare is a web and mobile application that allows registered users to post their location at a venue ("check-in") and connect with friends. In addition, a history page allows users to search a list of their past check-ins, which is broken down by month and year. Mayorship[edit] Badges[edit]

Le blog officiel de Google France Research/SEARCH - Anti-Facebook Social Network “Unthink” Launches To Public Scrappy outsider startup Unthink.com, which bills itself as the “anti-Facebook,” is opening up its doors today, allowing in its first round of beta testers. The Tampa-based company with $2.5 million in funding from DouglasBay Capital sees itself as a more open, more honest form of social networking – one where its users are the owners of their data, and not the product being sold to advertisers. Unthink is the kind of startup that could only come from outside of traditional tech hotspots like Silicon Valley or New York, as there’s a certain level of audacity, and perhaps even ignorance, that you need in order to think you have a shot at displacing social networking giant Facebook and all of its 800 million users. And taking down Facebook is the core of Unthink’s marketing campaign. She explained that the idea for Unthink came to her when her son wanted to sign up for Facebook and she read the terms of service. (Above: a profile after sign-up) On Unthink, user data isn’t sold to brands.

Internet Archive: Digital Library of Free Books, Movies, Music & Wayback Machine À propos de Google 10 principes fondamentaux 1. Rechercher l'intérêt de l'utilisateur et le reste suivra Depuis sa création, la société Google concentre ses efforts sur le confort d'utilisation des internautes. Dionisios Solomos's 216th Birthday Amusants, surprenants et parfois imprévus, les doodles sont des variantes du logo Google qui célèbrent des jours fériés, des dates anniversaires ou la vie d'artistes, de pionniers et de scientifiques. Afficher tous les doodles Evernote With click.to you create notes with one click – text from an e-mail, from a Browser, with a picture, without a picture … Functions Copy text from a noteCopy photos into a noteScreenshots are held in a note without a problemDifferent file formats can be stored in a notebook 1 Click.to Evernote – from the recipe to the shopping list – copy text into a note Your best friend finally sent her best recipe to you by e-mail? From your shopping list to your smartphone Since Evernote synchronizes your notes with your Evernote account, the recipe is already available everywhere. Inserting images – so you can see exactly what you will eating Images you would like to upload to Evernote, be they images from a web page or from your Explorer, can be added with one click in your notebook. So you want to create a screenshot with Evernote You’re skyping with your best friend and you want to save an image of what he or she looks like with glasses? 1 Evernote Premium users can store any kind of file types.

Zotero Review On its website, Zotero is described "is a free, easy-to-use Firefox extension to help you collect, manage, and cite your research sources." Even though it’s been out for a while, I somehow didn’t run into it until a few months ago. I’ve used it for a while and have switched over from using Endnote because I like it that much, below is my review. Here is my two sentence review of Zotero: If Evernote and Endnote had sex and made a baby, Zotero would be that baby. If that is all you need to know, go ahead and try it out, it's free for crying out loud. 1. 2. 3. 4. 5. 6. 7. 8. 9. 10. Overall, I’m quite happy with Zotero, and I find myself saving more papers than before and doing literature searches a lot faster and a lot more efficiently than before, which is a plus. What do you think of Zotero?

Clear: Why This Simple To Do List App Has Everyone Talking Clear, the heavily-anticipated touch-based to-do list app, is launching in the iTunes App Store tonight. And by heavily anticipated, I mean this app was getting tech blog coverage based on demos, previews and teaser videos. Why the big draw for what’s typically been a rather ho-hum app category, the lowly to-do list? Clear is pure eye candy, for starters. But it’s also representative of a major leap forward in smartphone app design, as it’s been built from the ground up for the touch interface. If your current to-do list app needs are complex, you may not be in the market for Clear. The app is unique in that it forgoes common navigational elements – like buttons positioned either at the bottom of the screen or towards the top – in favor of an all-gesture interface. Somewhere, Steve Jobs, no fan of buttons (obviously – look at the iPhone, there’s just the one) is smiling. That’s it. But is the world ready for a buttonless app? “Yes!” He’s got a point.

Foursquare And Glancee Are Cool, But Here’s Why I’m So Excited About Using Highlight At SXSW The crowds and hype of South By Southwest make the massive Austin tech and media conference the perfect place for launching, well, any sort of app that needs crowds and hype to break out of tech circles and into the mainstream. So what can we expect to blow up next week, like Twitter, Foursquare, GroupMe and Beluga have in past years? Highlight is what I’m placing my bets on — and not for what it is today, but for what it could become. That is, the long-sought replacement for business cards. The new background location app got my attention at the beginning of February because it made it easy for me to find old friends and meet new ones without the friction of checking in. Relentless early adopter Robert Scoble has also taken a close look at each, and last weekend declared them the up-and-comers at SXSW this year. for you, Scoble). In an in-depth article for The Next Web last weekend, he sketched out three key reasons why these apps are special. Wait, what?