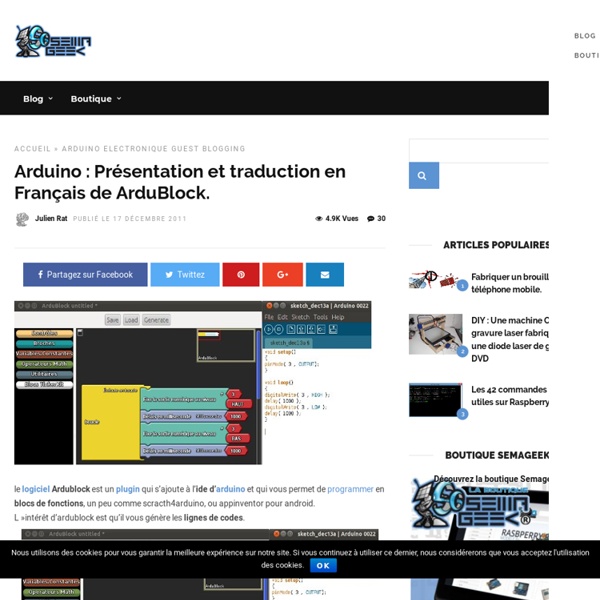 ArduinoBoardMega2560-Mozilla Firefox Overview The Arduino Mega 2560 is a microcontroller board based on the ATmega2560 (datasheet). It has 54 digital input/output pins (of which 15 can be used as PWM outputs), 16 analog inputs, 4 UARTs (hardware serial ports), a 16 MHz crystal oscillator, a USB connection, a power jack, an ICSP header, and a reset button.

Arduino and Python For a project (check out my blog for updates) I'm working on I needed to be able to communicate with my arduino, luckily the arduino can communicate though serial. It turns out almost any programming language can be used for serial communication but python seems to be the easiest so far. I had some problems getting it all to work and finding a basic tutorial online proved very difficult. So hopefully this guide will explain the basics to anyone that is looking to start using the serial functions that the arduino provides. I'm going to assume that if you're reading this you have some knowledge of how an arduino works and how to upload sketches and what not, however I will explain the arduino code when we get there.