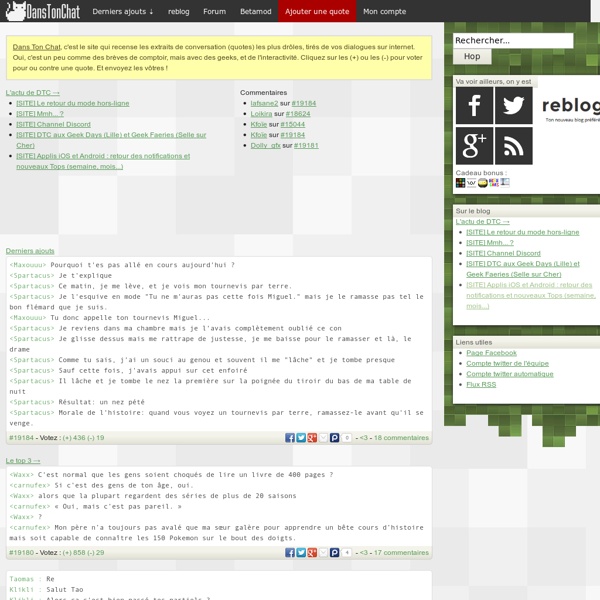 DS in Paris Newest Webcams These webcams have been found automatically on the net. For one reason or another these streams are publicly accessible, even when that seems surprising. We do not hack people's passwords. We simply locate cams hiding away in search engines, grab a snapshot, and present them to you here. The snapshots update every few hours. If you click on a webcam, you can see a live video feed, plus comments and ratings and other information. =^..^= I Can Has History? =^..^= Happycat Ceiling Cat Medieval Ceiling Cat Rave Cat Everything Shii Knows It was a lot more annoying to maintain this website after it closed than I expected. Even after I put up a big banner it turned out that I was hosting stuff here without copyrights and moral permissions. I need to focus on other things in my ife these days. A lot of 4chan stuff, including things taken from this wiki, can be found on GitHub (why GitHub? IDK)

English Russia » The Horror of Subway Posted on June 2, 2009 by The horror of Moscow, Russia subway in the works of Alex Andreev, known to us by his “Hermetic Art” series featured some time ago. Now here’s his view of the Russian subway. “It’s forbidden to make shots in Moscow subway, there are everywhere signs warning not to take pictures and cops checking that everyone obide this.

Amazing 3D Calendar: Use All Dimensions in 2010 Amazing 3D Calendar 2010 is no annual planner and not a calendar in the usual sense, but rather twelve o’clock A4-sized calendar. In its open position A3-sized. ‘Open position?’ English Russia » The Local Airlines When you next time decide to take a local flight across the Russia don’t be surprised to board an airplane like this. And don’t be surprised, haven’t you know that the sticky tape is the best way to put pieces of the plane together? At least of this particular plane.

Pictures Taken Exactly At The Wrong Time July 21, 2009 | 45 Comments and 0 Reactions | Topics: LOLs , main Loading ... Other Stories You Might Like Hot Stories Around The Web English Russia » Atlantic Herring Is Going Wild When you go travel to Russia and feel some hunger – you might want to buy some canned tuna or herring for your sandwich. Beware. You can buy something like this. It was in canned “Atlantic Herring” dish. 10 Most Amazing Ghost Towns - Oddee.com (ghost towns, best ghost towns) Some abandoned ghost towns are now tourist attractions, while others might be dangerous or illegal to visit. Meet some of the most fascinating ghost towns from around the world. KOLMANSKOP (Namibia): Buried in sand Kolmanskop is a ghost town in southern Namibia, a few kilometres inland from the port of Lüderitz.