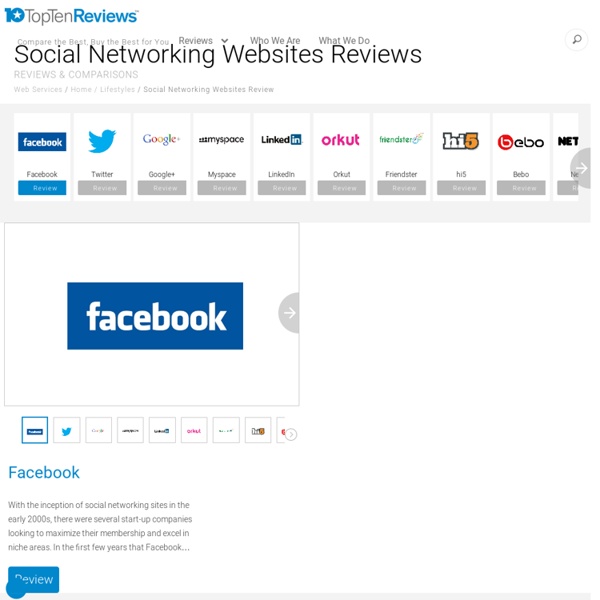 The internet has made the world smaller. Information is at our fingertips. Now, with social networking, we have even more access to news and opinions than ever before. It's now entirely common to hear someone ask you to share something on Facebook or to receive breaking news via Twitter on your phone. The world has changed from keeping a Rolodex with lists of contacts to now knowing nearly everything about everyone you've ever met. It's easy to see what your friends ate for dinner, how fussy their kids have been and how they feel about Mondays.

10 Chat Widgets to Consider Embedded chat in a website provides the ability to more closely connect with your readers or customers, depending on the instance. Chat widgets provide real-time feedback and spur thought-provoking discussions - features lacking in e-mail. However the disadvantages should be acknowledged too. In some cases, widgets may slow down the page load or take away from the overall site experience rather than enhance it. Top 15 Social Networking Sites You Should Be Using The world's most popular social networking sites certainly have changed over the years, and they'll undoubtedly continue to change as time moves forward. Old social networks will die, popular ones will stick around as they're forced to evolve, and brand new ones will appear.

Photography and Camera News, Reviews, and Inspiration Photographer Documents the Oldest Living Things on Earth in Fascinating Photo Book Rachel Sussman‘s quest to document some of the oldest living things on Earth before they become the newly extinct has been going on for nigh on a decade. But now, that series is hitting the mainstream like never before, as the photographs she has so painstakingly captured are compiled into a book called, appropriately enough, The Oldest Living Things in the World. Read more… Pricing & Negotiating: Industrial Lifestyle Shoot —A Photo Editor A quick look at the process of negotiation and planning for a large-scale photo shoot.

Business group chat, file sharing, group decision making: Campfire Current Campfire customers can sign in here. Hello, We launched Campfire back in 2006 so teams could easily collaborate online in real-time. Since then, over 1,000,000,000 (yes, billion) messages have been sent with Campfire. However, since we merged Campfire into Basecamp with the launch of Basecamp 3, we haven’t given the standalone version of Campfire much attention. Reviews for Innovation for Entrepreneurs: From Idea to Marketplace from Coursera Develop insights on navigating the innovation process from idea generation to commercialization. Build knowledge on how to create strategies to bring innovations to market. Develop an innovation portfolio and business model canvas for your venture. We establish a framework for examining the innovation process, and quickly transition into exploring how to successfully bring innovations to market.

Milq Wants to Help You Organize the Internet A new user-generated curation network wants to help you organize the Internet. Milq, which officially launched in April, seeks to sort through the immense quantity of media on the web by harnessing the collective knowledge of its users. The effort could facilitate online discovery by presenting content organized by specific topics, and catered to individual users. On a larger scale, it could establish a cultural map of the web. "There are literally billions of pieces of content out there," Milq co-founder Jordan Jacobs told Mashable. "The stuff that is getting shared is getting atomized.

The 5 Best Organizing Websites To Help The Perpetually Messy Some of us were born with the "organized" gene. These lucky souls swan through life with perfect closets, pristine desks and spotless cars with nary a wad of Starbucks napkins tucked in an unexpected pocket. They might be robots. The rest of us stumble around in a disorganized haze, thinking of the pile of books on the desk as an irrelevant task that will be tackled "someday." 13 Great Tools For Organizing The Web The web is a big and wonderful place, full of exciting pages and information that we all would like to go back to from time to time. Then comes the problem when you open your bookmarks and... you can't remember the name of the site, or what folder you put it in, or you find a bookmark and you can't remember why you saved it! Well, you're not the only one - that's why over the years people have been coming up with new and intuitive ways to bookmark and save content.