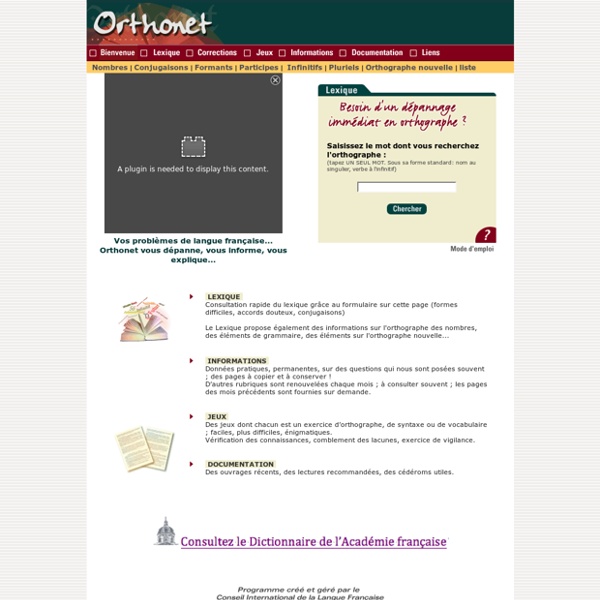 Articles for complete beginners in French (Fle A1) "You have been a fantastic teacher and a friend. My move to France would have been positively awful had I not had such a wonderful tuition by you. You are truly an energetic, interesting person who makes people at ease and comfortable in your company. Thank you for everything, Nikki. Basic French – Learn French Online Course Description French is spoken by millions of people in many countries around the world and is a very popular second language to learn. ALISON's free online course is a series of engaging video lessons for beginners that introduces the learner to various aspects of the French language including basic French vocabulary and grammar. By studying this French course you will quickly pick up conversational French that will help you deal with everyday situations you may find yourself in when you visit a French speaking country. ALISON's online course will help you learn French online and will be of great interest to all learners who want to pick up basic French language skills.

Travel - Why the French don’t show excitement When I was 19 years old, after five years of back-and-forth trips that grew longer each time, I finally relocated officially from the United States to France. Already armed with a fairly good grasp of the language, I was convinced that I would soon assimilate into French culture. Of course, I was wrong. There’s nothing like cultural nuance to remind you who you are at your core: my Americanness became all the more perceptible the longer I remained in France, and perhaps no more so than the day a French teacher told me his theory on the key distinction between those from my native and adopted lands. “You Americans,” he said, “live in the faire [to do].

Daily 5 Part 2- mini lessons Yesterday I posted an overview about how I run Daily 5 in my classroom. I also forgot to say yesterday that Daily 5 is the most amazing thing ever. I've never seen students so engaged and quiet. Learn French Online Learn French for Free French Vocabulary by Theme Greetings, Alphabet, Numbers, Food, Time, Videos with Ratounet...Many exercises and games, all the vocabulary comes with audio files to improve your pronunciation in French. French Grammar French Grammar may be easy to understand when it is explaining clearly taking into account your basic knowledge.

10 Emotions That Can Only Be Explained in French Franz Lang / © Culture Trip Add travel ideas to a Plan and see them on a map Got it! French is a romantic language that seduces the heart like none other, so there’s no surprise it’s enriched with a wealth of words describing emotions that are tricky to articulate. Daily 5 Happy Hump Day friends! We have officially made it through three days with our little people, and we are STILL tired! Man these kiddos have some energy!

Teaching Foreign Languages K-12 Workshop Workshop 1. Meaningful Interpretation This session looks at how the interpretation of texts (including documents, paintings, movies, audio recordings, and more) can go beyond literal comprehension and tap into students' background knowledge while fostering critical-thinking skills. Go to this unit.