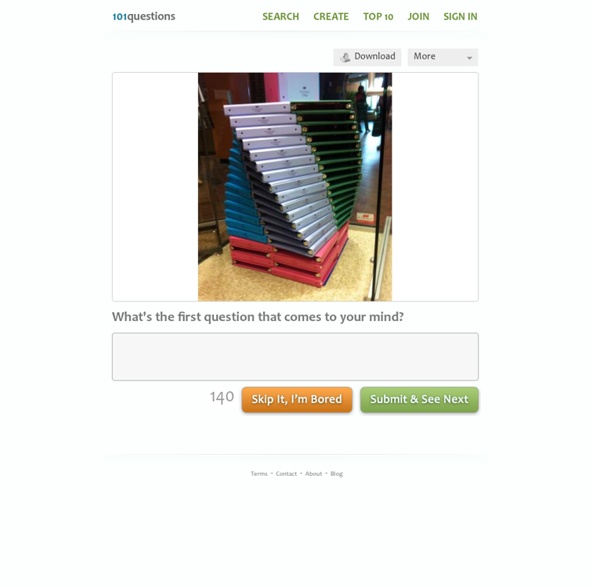 When I Let Them Own the Problem From our textbook: Stuff like this makes my heart sink. (I actually wrote that it makes me fart — but that's very unladylike. And I'm trying to write better.) There is essentially nothing left in this problem for students to explore and figure out on their own. They say they don't get it because they never got to own the problem. I wiped out the entire question and gave each student this mostly blank piece of paper and the following verbal instructions: Make sure you have a sharpened pencil. I asked the class if they knew what they just drew. The challenge then was to get the ball into the hole. (Some students may have drawn the blob and points in such a way that this was not really possible, at least not in one-bank shot. The discussions began as they started drawing in the paths. What I heard: BIG struggles, so I was happy and tried not to be too helpful. Lauren explained in this 55-second video how she found the paths for the ball to travel. Jack took a different approach.

20 Things To Know About Pi Day Happy Pi Day, everyone! I don’t know about you, but I always enjoy a good date that has significance. Dates like 11-11-11, 10-01-10 and 7-9-79 are fun, but March 14th always tops my list! Either way, today is Pi day! Why Kids Should Be Allowed to Act Out (Scenes) In Class Physically acting out a written text—as an actor would walk himself through the gestures and emotions of a soliloquy during rehearsal—is an effective way to commit that text to memory. For adults, this process of enactment imbues abstract words with concrete meaning, fixing them more firmly in our minds. For children, acting out words on the page can also yield benefits. Especially for beginning readers, physically moving objects or one’s own body can provide a crucial bridge between real-life people, things, and actions, and the printed words meant to represent them. Fluent readers take this correspondence for granted, but many children find it difficult to grasp. In everyday life, after all, the words “dog” or “cup” are usually encountered when there’s an actual dog or cup around. In one of his studies, Glenberg asked first- and second-graders to read stories about life on a farm. Related

Recreational and Educational Value of Math Puzzles The figure above shows a puzzle called OkiDoku. Prof. Dani Novak & Prof. David Rosenthal, Ithaca College Many people enjoy working on grid puzzles as small, quick challenges of their mathematical and logical skills. Here is one you may not have seen, the OkiDoku. Each of these four numbers must appear exactly once in each row and in each column.The blocks with thick borders are called cages. Give it a try. The most famous of all grid puzzles is the Sudoku, a logic puzzle found in a vast majority of newspapers. Professors Dani Novak and David Rosenthal of Ithaca College have created a similar puzzle called OkiDoku and used it to make learning math an enjoyable experience. Motivation to Learn Because many students enjoy working on these puzzles, they can be easily motivated to adopt learning strategies that will improve their puzzle-solving skills. Educational Value of Puzzles Even without supervision, students can learn to be creative and persistent after working on many hard grid puzzles.

Mathematical Discourse -- A Challenge You Can Tackle Mathematical discourse has been articulated as one of the Common Core Mathematical Practices: construct viable arguments and critique the reasoning of others. Sounds stuffy and maybe even intimidating, right? Not necessarily. My teaching is heavily influenced by John Seely Brown and Daniel Pink, who encourage teachers to incorporate more creativity and “playful thinking” into the classroom. Break it down. I don’t think you can just jump in and take off, asking students right away to know how to test expressions for being “always, sometimes, or never (ASN) true”, for example. Instead, tear apart the techniques of discourse into small pieces that students can learn. Seven months into the school year, my students have used the ASN strategy multiple times. Here a student ponders over where to categorize an expression. Incorporate playfulness and highlight insightful moments. When students debate and play with math ideas, they create and identify a foundation of understanding.

Just ASK Publications and Professional Development - Making the Common Core Come Alive! "We do not learn from experience...we learn from reflecting on experience." - John Dewey What a year it has been for educators, students, and parents. The intellectual horsepower required with the implementation of the Common Core State Standards has been significant and life changing. We have learned there is great complexity to teaching and learning, and that it is only through reflection that we can understand how much we have learned, how effective we are, and how to make improvements to our work. There are many far reaching benefits of reflection, yet it tends to be an area that often neglected. The true act of learning requires our students to reflect often and to make it a habit to think about what they have learned and how those ideas link to their previous experiences and what they already know. Establishing an Environment for Reflection To reflect, and to reflect well, takes practice. The reflections shared with students should be planned carefully. Were there misconceptions?

Museums Open Doors to Informal Math Learning Published Online: June 4, 2013 Published in Print: June 5, 2013, as Museums Open Doors to New Ways of Learning Math Includes correction(s): June 19, 2013 Focus On: Informal Learning Math Fever: From left, Luna Rodriguez, Sabrina Vulpio, and Justin Burgher, 7th graders at PS 232, dance on the light-activated Math Square at the Museum of Mathematics in New York. —Emile Wamsteker for Education Week New York Math has a bit of an image problem. The creators of the National Museum of Mathematics in New York City are all about turning that image around and convincing young people that mathematics is cool. "Changing perceptions is our goal," said Cindy Lawrence, the co-executive director of MoMath, as it's quickly become known. Such efforts...

I Love Maths (16-19) Knot just a piece of string Have you ever struggled to untie a particularly tight knot, battled with the jumbled mess of cables hidden behind your PC, or wondered why your shoelaces won't stay tied? If so, you're in good company, as mathematicians have wrestled with knots for over 200 years. What’s the biggest number? To our ancestors, a million was as big as numbers needed to get. There was no need to invoke the billons of finance or the terabytes of computing. A colourful problem How many colours do you need to fill in a map? Divine inspiration A self-taught genius from India and one of the greatest mathematicians of the 20th century. A mathematical legacy Pythagoras was an ancient Greek philosopher who discovered the mathematical structure behind music during the 6th century BC. What's in a maths-based degree? What degree to take at university is an important decision, and it can be a difficult one.