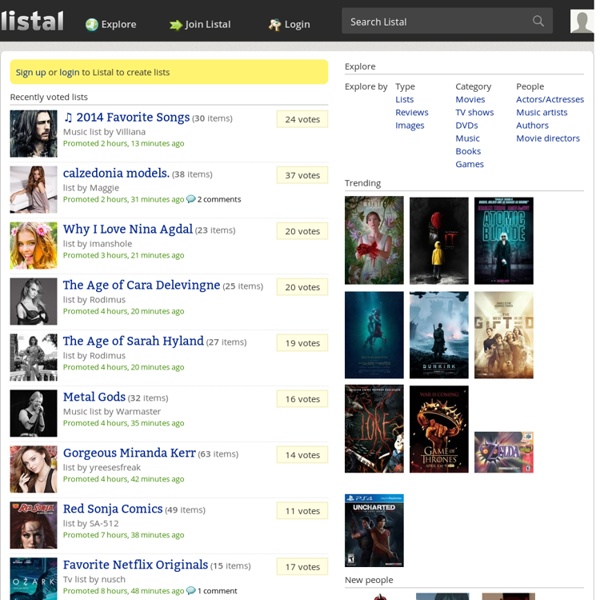 Combustible Celluloid - Guide to Cult Movies and Cult Films Army of Darkness (1993) The third film in Sam Raimi's Evil Dead trilogy features more zombies, more action, more laughs, and more kisses. With Bruce Campbell. "Gimme some sugar, baby!" Basket Case (1982) Frank Henelotter's amazing low-budget splatter comedy showcases Siamese twin brothers -- one normal, the other a squishy little beast who lives in a basket -- searching for revenge on the New York doctors who separated them. Battle Royale (2000) This mind-blowing Japanese film is endlessly entertaining, by turns gory and hilarious, disturbing and exciting. The great Japanese exploitation filmmaker Kinji Fukasaku (The Green Slime, Yakuza Graveyard) was nearly seventy when he made this masterpiece, and it turned out to be his final completed film.

The Featured Creature Habitat: common in deep, temperate and equatorial oceanic waters Status: Not Listed Looking at the drawing above, you’re probably thinking it’s from some Hitchhiker’s Guide to the… Read Article → Join me on my hunt for a Spanish Shawl nudibranch! Read Article → Habitat: South, East, and South East Asia; west from Pakistan and India, north towards China and Japan, and south towards the Philippines, Papua New Guinea and… ly and All-Time Best & Worst Lists The 13 Sassiest Brands on Twitter Friday, Feb. 07, 2014 We enlisted social media and marketing experts to help rank the brands that tweet the best quips, digs and smackdowns 10 Great Movie and TV Sherlocks Thursday, Jan. 23, 2014 According to the Guinness Book of World Records, the legendary sleuth is the most oft-portrayed character in cinema

Best Film Speeches and Monologues Contemptuous talk-show radio host in Dallas Texas, Jewish radio personality Barry Champlain (Eric Bogosian) held all the phone calls, to tell his listening audience what he really felt about them, as the camera circled around him: Believe it or not, you make perfect sense to me. I should hang. I'm a hypocrite. I ask for sincerity and I lie.

List of lists of lists Some articles that consist of a list of things that are themselves about lists of things, such as the lists of lists listed below. General reference[edit] Culture and the arts[edit] Overhaul Your Brain While most exercise is focused on strengthening and improving your physical body and muscles, there is very little focus on keeping your brain sharp and healthy. This is interesting because the brain is obviously the most important organ in your body, not only controlling the muscles people spend hours working to build up, but also your memory, thought process, attitude, etc. Don’t get me wrong, abs are great, but the brain needs to be supplemented too. It is far more important to your overall well-being.

Film & Video The following films are presented for educational and non-commercial use only. All copyrights belong to the artists. About UbuWeb Film & Video UbuWeb is pleased to present thousands of avant-garde films & videos for your viewing pleasure. RyanAir Sucks - List Of Cheap European Airlines - Never Fly Ryan Air plus alternative list of cheap european airlines "If god had wanted us to fly, he wouldn't have created RyanAir" - David Madison Introduction I fly around Europe a couple times a year.