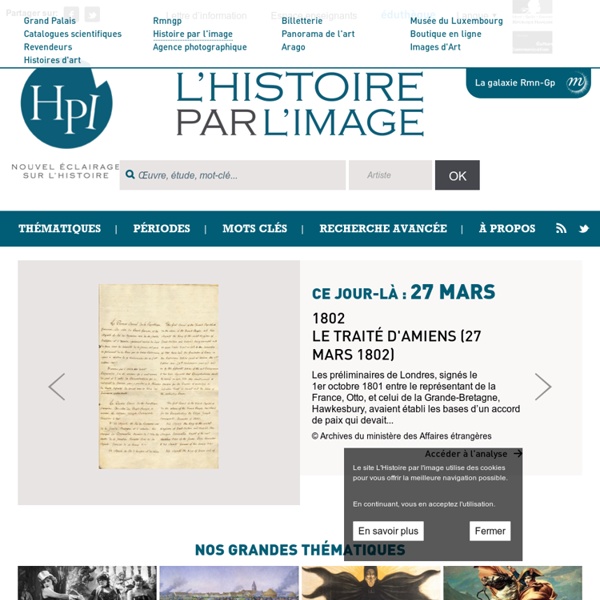 Château de Versailles Lying in the suburbs of Paris, the Château de Versailles was the symbol of the absolute monarchy espoused by Louis XIV and royal palace from 1682 to 1789, when the monarch was forced to return to Paris. The first design of the castle was made by Philibert Le Roy and during the next two centuries there were four building enlargements and renewals, when Louis XIV reorganized the government of France and moved there, when the court was fully established on May 6th 1682. The centre of the power was within the palace walls, where the government offices and the thousands of courtiers lived.

Dictionary of Art Historians - Recently Added Entries Abbott, Jere Abell, Walter [Halsey] Abraham, Karl SITE Musée Guggenheim : Collection Online Featuring nearly 1600 artworks by more than 575 artists, the Collection Online presents a searchable database of selected artworks from the Guggenheim’s permanent collection of over 7,000 artworks. The selected works reflect the breadth, diversity, and tenor of the Solomon R. Guggenheim Foundation’s extensive holdings from the late 19th century through the present day, and are continually expanded to include a larger representation of the museum’s core holdings as well as recent acquisitions. In addition to highlights from the Solomon R.

Museums of the World Reviews An Apple Virtual field trip selection. Museums of the World gives you free access to thousands of museums around the world. It’s designed to give you up-to-date information about museums, exhibitions and other cultural events in your city and across the world. This easy to use and professionally designed application is a must-have for art and culture lovers, travel aficionados and all those who want the right information instantly in the palm of their hand! With Museums of the World you can find museums, exhibitions and events near you based on your GPS location and use Maps navigation information to find them. Detailed presentation of every museum and gallery gives you all the necessary information. Haiti artists forge int'l reputation with art made of junk PORT-AU-PRINCE, Haiti – Amid a maze of car repair shops in Haiti's gritty capital, Andre Eugene pitches a shredded tire he found atop a towering sculpture he built out of rusty engine parts, bed springs and other cast-off junk. "This is what I do: I work with the garbage of the world," says Eugene, assessing the largest sculpture displayed at the entrance of his studio and open-air museum off a crumbling street cutting through some of Port-au-Prince's poorest neighborhoods. The Haitian sculptor is a founding member of Atis Rezistans, a shifting collective of artists who recycle whatever useful scraps they can find to give a raw, physical shape to the spiritual world of Voodoo, or Vodou as the religion is known by Haitians, and weigh in on the country's chronic political and economic troubles. Over the last decade, the work of Atis Rezistans has been exhibited in cities such as Paris, London, and Los Angeles. But it's not all darkness.