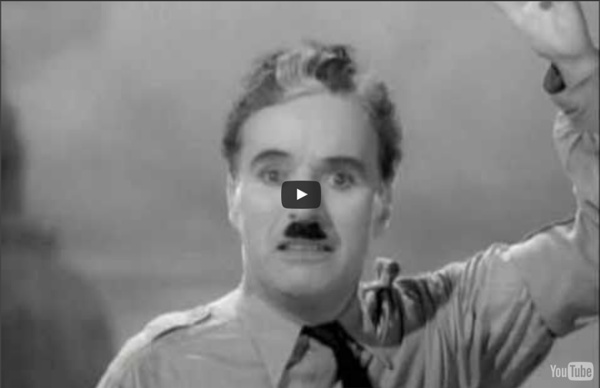 Shotoku's Seventeen-Article Constitution - Jushichijo Kenpo - SaruDama Prince Shotoku's Seventeen-Article Constitution [Jushichijo Kenpo] Of all the names within early Japanese history, Prince Shotoku (574-622) shines far more brightly than any of the rest. He was the offspring of his father Emperor Yomei and his mother the Empress Anahobe no Hashihito no Himemiko. His parents were children of Emperor Kimmei by different mothers.

Global emissions stall in 2014 following slowdown in China's economy A slowdown in China’s economic growth helped the world to a pause in the upward rise in greenhouse gas emissions last year, according to data released on Friday. China burnt less coal last year than expected, as the projected rise in its energy demand faltered along with the rise in its economic growth, and as the expansion of its renewable energy generation continued. Emissions of carbon dioxide related to energy use were flat in 2014, compared with the previous year, the International Energy Agency (IEA) said on Friday. How Not to Argue Like an Idiot…The 15 Most Common Logical Fallacies Whether we like it or not, the protestant tradition is founded on “reason and the scriptures” – whether it’s Martin Luther standing before the Diet of Worms, C.S. Lewis apologetically defending the faith via radio waves, or Jonathon Edwards detailing the philosophical argument for the captivity of the soul – we are a community founded on the ability to reason. But I’ve used and heard plenty of bad reasoning from Christians. The following list is composed of some of the most common logical fallacies; I’ve chosen to limit it to only those I’ve actually heard in the last couple years. Warning: I think logical fallacies have limited value; citing logic as the ultimate end-all of argumentation is itself a logical fallacy – it is a circular argument (I believe logic is authoritative because that’s logical) and it’s an appeal to authority (logic).

Autodidacticism Autodidacticism (also autodidactism) or self-education (also self-learning and self-teaching) is education without the guidance of masters (such as teachers and professors) or institutions (such as schools). Generally, an autodidact is an individual who chooses the subject they will study, their studying material, and the studying rhythm and time. An autodidact may or may not have formal education, and their study may be either a complement or an alternative to it. Many notable contributions have been made by autodidacts. The 9 limits of our planet … and how we’ve raced past 4 of them Johan Rockström says humanity has already raced past four of the nine boundaries keeping our planet hospitable to modern life. Writer John Carey digs into the “planetary boundary” theory — and why Rockström says his isn’t, actually, a doomsday message.We’ve been lucky, we humans: For many millennia, we’ve been on a pretty stable — and resilient — planet. As our civilizations developed, we’ve transformed the landscape by cutting down forests and growing crops. We’ve created pollution, and driven plants and animals extinct. Yet our planet has kept spinning along, supporting us, more or less stable and in balance. Going forward, scientists have recently proposed, all we need to do is stay within some limits, nine upper boundaries for bad behavior.

Cialdini's Six Principles of Influence - from MindTools.com Convincing Others to Say "Yes" (Also known as the Six Weapons of Influence) How do you influence others? © iStockphoto/blackred Micro Expressions - Research, Theory & Lying Interesting Info -> Lying Index & Body Language -> Micro Expressions Is the show "Lie to Me" for real? I am not a police interrogator, scientist, or other expert... I am however a mother & people watcher. Years ago, when I wrote articles on How to Detect Lies & Eye Movement and Lying -- I knew of the Micro expression theory, but had a difficult time researching the subject well enough to relay it into an article. Recently, I've come across tons of new research, websites, articles, videos, etc. about micro expressions and believe anyone who reads my old articles about lying & body language would benefit from micro expression research and theory.

Half Empty or Half Full - Stories from School AZ I recently read a post on Facebook… A psychologist walked around a room while teaching stress management to an audience. As she raised a glass of water, everyone expected they’d be asked the “half empty or half full” question. Instead, with a smile on her face, she inquired: “How heavy is this glass of water?” Answers called out ranged from 8 oz. to 20 oz. She replied, “The absolute weight doesn’t matter. CSC Center for Strategic Communication “Toward Narrative Disruptors and Inductors: Mapping the Narrative Comprehension Network and its Persuasive Effects”, DARPA In 2012, the CSC was awarded by the Defense Advanced Research Projects Agency (DARPA) a $6.1 million dollar research grant to study the neurobiology of narrative comprehension, validate narrative theories and explore the connection between narrative and persuasion. This groundbreaking research study will employ multi-modal neuroimaging, combining the temporal resolution of EEG with the spatial resolution of fMRI. The project seeks to validate narrative theories that to date have rested on interpretive approaches, rather than empirical, neurophysiological study. “Identifying and Countering Islamist Extremist Narratives”, Office of Naval Research

Dualism (philosophy of mind) René Descartes's illustration of dualism. Inputs are passed on by the sensory organs to the epiphysis in the brain and from there to the immaterial spirit. In philosophy of mind, dualism is the position that mental phenomena are, in some respects, non-physical,[1] or that the mind and body are not identical.[2] Thus, it encompasses a set of views about the relationship between mind and matter, and is contrasted with other positions, such as physicalism, in the mind–body problem.[1][2] Ontological dualism makes dual commitments about the nature of existence as it relates to mind and matter, and can be divided into three different types: