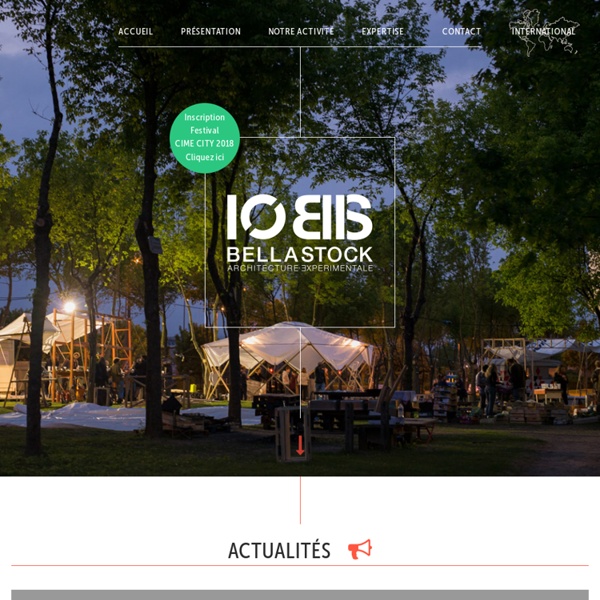 Serpentine unveiled The Serpentine reveals the completed structures for its expanded Architecture Programme for 2016: the 16th annual Pavilion designed by Bjarke Ingels Group (Copenhagen–New York) and four newly commissioned Summer Houses by Kunlé Adeyemi (Amsterdam–Lagos), Barkow Leibinger (Berlin–New York), Yona Friedman (Paris) and Asif Khan (London). Bjarke Ingels Group, Serpentine Pavilion, 2016 The Serpentine Pavilion, designed by Bjarke Ingels, is an “unzipped wall” that is transformed from straight line to three-dimensional space that hosts a café and free family activities and by night becomes a space for the Serpentine’s acclaimed Park Nights programme of performative works by artists, writers and musicians. TateShots: Kusama's Obliteration Room At the start of the project, this room was completely white – white ceiling, white floor, white walls, white furniture. People come in, they are given a sheet of coloured stickers in different sizes, which have been produced specially for the project and in accordance with the artist’s specifications; her choice of colour, her choice of finish, and her choice of size. And then everybody is invited to place the stickers anywhere they like in the room, according to any pattern, any idea they have, anything they like they can do with the stickers. Kusama is best known for her brilliantly coloured dotted surfaces, her installations with blow-ups and her walls covered in brilliant spots. And in her biography, she talks about experiences really of a very young child, almost sort of hallucinogenic experiences, where her vision of landscape and people was clouded by spots.

Critical Round-Up: Did Aravena's 2016 Venice Biennale Achieve its Lofty Goals? Critical Round-Up: Did Aravena's 2016 Venice Biennale Achieve its Lofty Goals? The XV International Architecture Exhibition at the Venice Biennale opened its doors last month. Under the directorship of Chilean Pritzker Prize-winner Alejandro Aravena, “Reporting the front” asked architects to go beyond “business as usual” and investigate concealed built environments – conflict zones and urban slums, as well as locations suffering from housing shortage, migrations and environmental disasters. Clearly, the aim of this Biennale is to open the profession to new fields of engagement and share knowledge on how to improve people’s quality of life. This stance that has been highly criticized by Patrik Schumacher, director of Zaha Hadid Architects, who believes that architects “are not equipped to [address these issues].

Autodesk R&D Center in Israel by STUDIO BA STUDIO BA has designed the office space for Autodesk in Israel. The office is about 500 square meters and is located beside the Tel Aviv harbor. The space is primarily for software developers who create programs for architects and designers. The design team of STUDIO BA worked to make the space reflect that by using objects that emphasize the 3D and multi-material complexity of it. Venice Biennale 2016: "LifeObject" by Ari Samuel In tune with this year’s “Reporting from the Front” theme commissioned by Venice Biennale Chief Curator Alejandro Aravena, the Israel Pavilion unveiled "LifeObject," an immersive and stimulating exhibition analyzing the synergy between the worlds of architecture and biology and the future possibilities and advancements that lie in their combination. At the center of the Pavilion stands the physical “LifeObject,” a massive man-made edifice composed of synthetic materials and modeled on the 3D foundation of a bird’s nest, a natural biological structure built to withstand shock and trauma. Such a theme is key to Israel which has adapted its own societal structure and spatial design amidst a history of various geo-political conflicts. The curatorial team along with seven teams of academics, scientists and architects came together to tackle real-life, world-wide architectural and environmental crises affecting the globe and various sectors within Israeli society.

Shelters resembling giant pompoms warm skaters on a frozen river Canadian firm RAW Design has created a series of shelters that look like giant pompoms to keep skaters warm on a frozen river in Winnipeg (+ slideshow). RAW Design was awarded a spot in the annual Winnipeg Warming Hut competition with their unusual design, called Nuzzles. Made from a geodesic mesh of hollow aluminium tubing and an outer layer of foam bristles - the floats you play with in swimming pools - the Nuzzles provide an inner layer of still air to keep skaters warm. Aaron Hendershott, one of the designers from RAW Design told Dezeen: "The event organisers were enthusiastic about the design as it challenged the already diverse interpretations of what a warming hut could be."

Hope Tree Hope Tree is a conceptual installation envisioned as a spatial condition that attended to question our surrounding as we know it and hoping to generate a discussion and understanding amongst the visitors about the place of our everyday life, our environment. Lately, we are bombarded with products that try to deal with the consequences of environmental damages throughout the world, but occasionally we overlook the roots of these occurring problems by not fully understanding our environment. A tree was chosen as a departing point as we universally can identify with. Throughout ages tree has been the most primitive form of a shelter, garden, and, most importantly, our companion. With human innovation and intervention, a tree has been contributing to our lives taking a different form, from a simple paper sheet to a complex house. Every fruit, fl ower and leaf that bears from tree symbolizes a change and hope for tomorrow.

AOR's floating Viewpoint offers glimpses of London canal-side wildlife Amidst the fast-paced construction of King's Cross in London, young Finnish studio AOR has installed an angular canal-side platform where visitors can make contact with some of the local wildlife (+ slideshow). Named Viewpoint, the floating structure sits over the Regent's Canal on the edge of the Camley Street nature reserve. It provides a habitat for birds and bats, as well as an outdoor classroom where people can learn about the surrounding flora and fauna. AOR architects Erkko Aarti, Arto Ollila and Mikki Ristola based the structure on traditional Finnish Laavus, which are shelters used during hunting and fishing trips. It comprises a small cluster of triangular volumes that form hideaways and seating areas.