Top 14 Survival Downloads You Should Have. Pole Shift Survival Information. Identification Assistée par Ordinateur (IAO) Waterproof Fire Starter. I have seen many examples of fire starters, but I wanted to try and make one that was made out of only primitive materials. 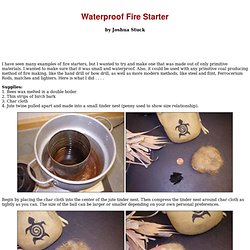 I wanted to make sure that it was small and waterproof. Also, it could be used with any primitive coal producing method of fire making, like the hand drill or bow drill, as well as more modern methods, like steel and flint, Ferrocerium Rods, matches and lighters. Here is what I did . . . . Free Kindle Survival Books Limited Time Offers. Herbs at a Glance [NCCAM Health Information] Nitro-Pak: World Leader in Freeze Dried Food. Survival Food – 56 food supplies from the store. When disaster strikes, there’s a pretty good chance your local grocery stores are going to be stripped bare in a matter of hours. 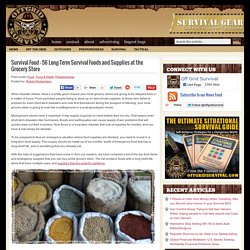 From panicked people trying to stock up on last minute supplies, to those who failed to prepare for even short-term disasters and now find themselves facing the prospect of starving, your local grocery store is going to look like a battleground in a post-apocalyptic movie. Most grocery stores have a maximum 3 day supply of goods on hand before they run dry. That means even short-term disasters like hurricanes, floods and earthquakes can cause supply chain problems that will quickly wipe out their inventory. Primitive Technology, Traditional Skills and Hand-Made Tools. Introduction to Evacuation and Bug Out Tactics. The Bug Out Bag (BOB) is a vital tool for many survivalists. 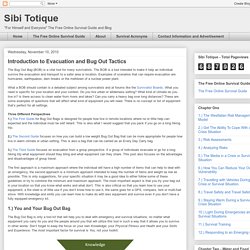 The Lifesaver Bottle. Survival Podcast. How to Grow 100 Pounds of Potatoes in 4 Square Feet. On many occasions, we've been tempted to grow our own potatoes. 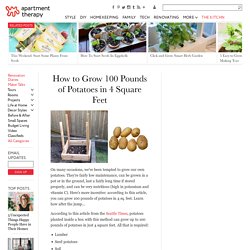 They're fairly low maintenance, can be grown in a pot or in the ground, last a fairly long time if stored properly, and can be very nutritious (high in potassium and vitamin C). Here's more incentive: according to this article, you can grow 100 pounds of potatoes in 4 sq. feet. Learn how after the jump... According to this article from the Seattle Times, potatoes planted inside a box with this method can grow up to 100 pounds of potatoes in just 4 square feet. Doom Survival Guide - SAS Survival Manual. 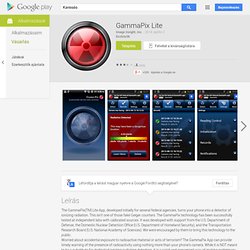 This isn't one of those fake Geiger counters. The GammaPix technology has been successfully tested at independent labs with calibrated sources. It was developed with support from the U.S. Department of Defense, the Domestic Nuclear Detection Office (U.S. Department of Homeland Security), and the Transportation Research Board (U.S. Worried about accidental exposure to radioactive material or acts of terrorism? Version 2.1.0 has all new functionality including:o Automatic monitoring for radiation when you're not using the app. o Use either camera.o Choice of radiation dose units.o Better handling of noisy cameras A full version with even more features has been released. Off Grid Survival – Wilderness & Urban Survival Skills.

Are you preparing for the collapse of society? 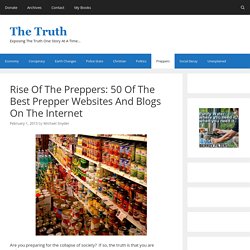 If so, the truth is that you are definitely not alone. The number of preppers in the U.S. has absolutely exploded in recent years. It has been estimated that there are now approximately 3 million preppers in the United States, and “Doomsday Preppers” is currently the highest rated show on the National Geographic channel. In fact, you could be living next to a prepper and never even know it. All over America, families are transforming spare rooms into long-term food storage pantries, planting survival gardens, unplugging from the grid, converting their homes over to alternative sources of energy, taking self-defense courses and stocking up on just about everything that you can imagine. 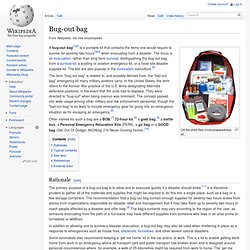 A bug-out bag[1][2] is a portable kit that contains the items one would require to survive for seventy-two hours[3][4] when evacuating from a disaster. The focus is on evacuation, rather than long-term survival, distinguishing the bug-out bag from a survival kit, a boating or aviation emergency kit, or a fixed-site disaster supplies kit. The kits are also popular in the survivalism subculture.[5] The term "bug-out bag" is related to, and possibly derived from, the "bail-out bag" emergency kit many military aviators carry. In the United States, the term refers to the Korean War practice of the U.S. Survival Topics - Your Online Survival Kit. 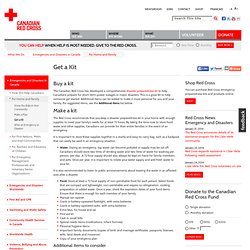 This is a great kit to help someone get started. Additional items can be added to make it more personal for you and your family. For suggested items, see the Additional Items list below. How to make a paracord quick deploy bracelet with the blaze bar. Home of the CampStove - BioLite Stove. Best fishing knots and rope knots. Survive and escape. Michael Pritchard's water filter turns filthy water drinkable. How to Make a Bug Out Bag. 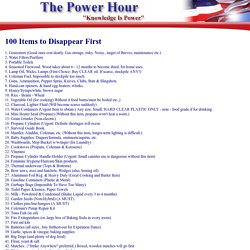 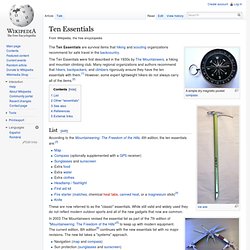 List[edit] According to the Mountaineering: The Freedom of the Hills, 6th edition, the ten essentials are:[3] These are now referred to as the "classic" essentials. While still valid and widely used they do not reflect modern outdoor sports and all of the new gadgets that now are common. In 2003 The Mountaineers revised the essential list as part of the 7th edition of "Mountaineering: The Freedom of the Hills"[5] to keep up with modern equipment.