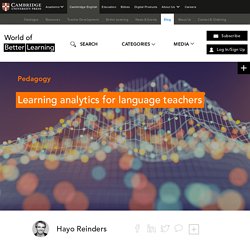 Ucisa. After Russian trolls tarnished The Last Jedi, is it safe to like Star Wars again? In Star Wars, the bad guys will zap your entire planet from the cosmos if they disagree with your political position. 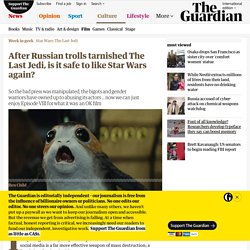 Twenty Years of Edtech. What has changed, what remains the same, and what general patterns can be discerned from the past twenty years in the fast-changing field of edtech? 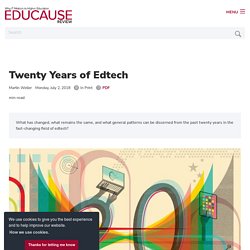 An opinion often cited among educational technology (edtech) professionals is that theirs is a fast-changing field. This statement is sometimes used as a motivation (or veiled threat) to senior managers to embrace edtech because if they miss out now, it'll be too late to catch up. However, amid this breathless attempt to keep abreast of new developments, the edtech field is remarkably poor at recording its own history or reflecting critically on its development. When Audrey Watters recently put out a request for recommended books on the history of educational technology,1 I couldn't come up with any beyond the handful she already had listed.

Staff Guidance on Using Commonly Available Third Party Tools. By Andy Beggan There is an increasingly wide array of external third-party tools available online and through application downloads which staff may find useful to support their personal productivity or to engage their students. 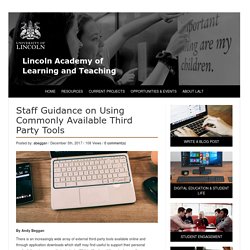 Whilst utilisation of these tools can often prove more convenient, with advanced features that provide a richer experience than centrally available, staff must ensure that any data or information stored on non-University provided services–in relation to their roles–complies with University regulations on data protection, ICT Acceptable Use Policy and compliance with the software vendor’s license terms and conditions. For most cases, the use of University supported services is recommended, but the University recognises that on occasion the use of externally available third-party tools can deliver an enhanced student experience. E7 – Future of Tracking. A WOMAN AT a gym tells her friend she pays rent higher than $2,000 a month. 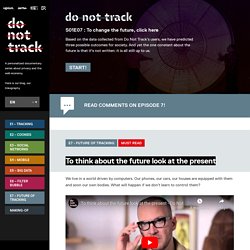 An ex-Microsoft employee describes his work as an artist to a woman he’s interviewing to be his assistant—he makes paintings and body casts, as well as something to do with infrared light that’s hard to discern from his foreign accent. Another man describes his gay lover’s unusual sexual fetish, which involves engaging in fake fistfights, “like we were doing a scene from Batman Returns.”

These conversations—apparently real ones, whose participants had no knowledge an eavesdropper might be listening—were recorded and published by the NSA. Lecture capture: what can we learn from the research? This week I presented at the Chartered Association of Business Schools Learning, Teaching and Student Experience 2016 conference in Birmingham. 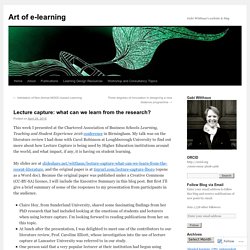 My talk was on the literature review I had done with Carol Robinson at Loughborough University to find out more about how Lecture Capture is being used by Higher Education institutions around the world, and what impact, if any, it is having on student learning. Influencers: digital single market performance worst on copyright, cross-border data.

Cyberlearning vs. Elearning – Is there a difference? – The Tech Edvocate. The No. 1 Predictor Of Career Success According To Network Science — The Mission. It has been over three years since Steve Jobs died. 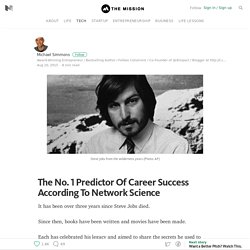 Since then, books have been written and movies have been made. Each has celebrated his legacy and aimed to share the secrets he used to build the largest company in the world; things like attention to detail, attracting world-class talent and holding them to high standards. We think we understand what caused his success. What a Decade of Education Research Tells Us About Technology in the Hands of Underserved Students. Despite all the celebratory rhetoric around our nation's declining dropout rates, during a given year, nearly 20% of students expected to graduate do not. 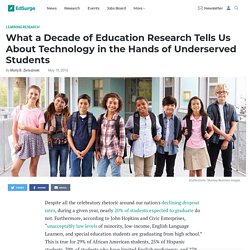 Furthermore, according to John Hopkins and Civic Enterprises, “unacceptably low levels of minority, low-income, English Language Learners, and special education students are graduating from high school.” This is true for 29% of African American students, 25% of Hispanic students, 39% of students who have limited English proficiency, and 27% of low income students (as shown on Ed.gov). Hardware can’t fill this digital divide—especially when K-12 schools in low-income neighborhoods are only using it for remediation purposes.

In the last three years, U.S. schools have begun seeing an unprecedented level of new hardware and software in their classrooms. To provide or not to provide course PowerPoint slides? The impact of instructor-provided slides upon student attendance and performance. A Auburn University, USAb West Chester University, USA Received 22 September 2014, Revised 30 January 2015, Accepted 2 February 2015, Available online 10 February 2015 Choose an option to locate/access this article: Check if you have access through your login credentials or your institution Check access doi:10.1016/j.compedu.2015.02.002. 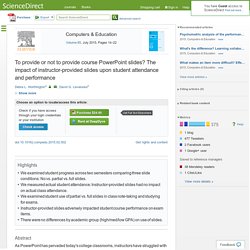 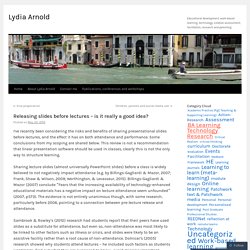